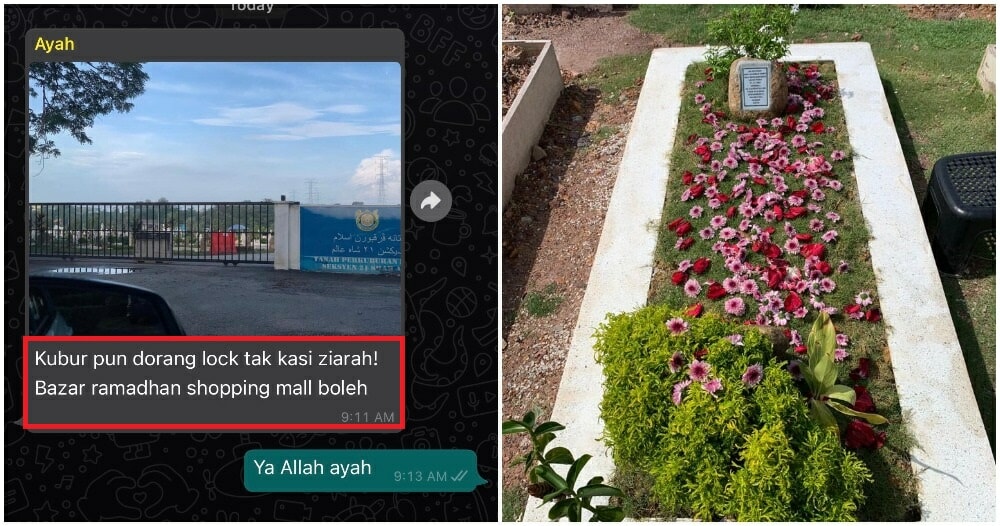 Imagine how heartbroken he would’ve felt!

With the latest implementation of the Movement Control Order, Muslim Malaysians are undeniably disappointed as they’re missing two Raya celebrations in a row. A common Raya tradition is to visit the graves of loved ones they’ve lost but that won’t be possible this year as cemeteries are closed due to the SOPs.

Twitter user Asyura Amir(@AsyuraAmir) called out the ridiculous SOPs when she discovered that her father couldn’t visit her mother’s grave. Her mother passed away last September and her father would visit her grave every day without fail. He was heartbroken to find the cemetery locked. 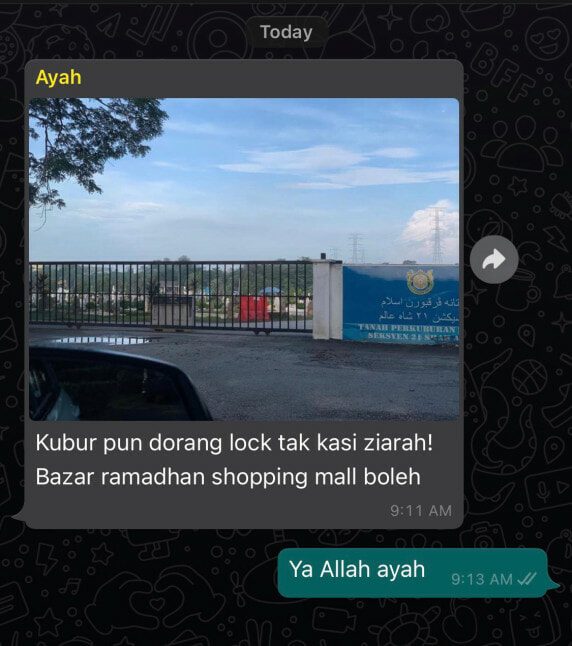 “They’ve locked up the cemetery, not allowing us to visit. How come they can allow Ramadhan bazaars and shopping malls [to open]?”

Asyura’s tweet was posted on 6 May, prior to the announcement that Ramadhan bazaars everywhere would have to be closed down. Speaking to WORLD OF BUZZ, Asyura said that her father was devastated as visiting his late wife’s grave every day has become a routine for him. He would even bring flowers every time and arrange them on the grave. 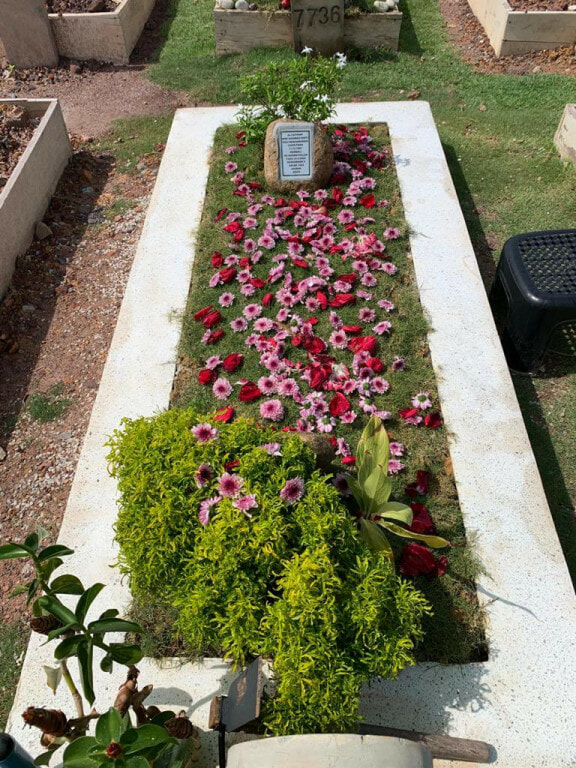 She added that they actually planned on going before Hari Raya itself to avoid the crowd but the government decided to lock cemeteries before Hari Raya even though they’re nowhere as crowded as the malls out there.

Asyura also said that Malaysians have no choice but to obey the latest MCO even though deep down, we know that we’ve fought and won this battle during the first MCO.

“Unfortunately the victory against Covid-19 only lasted for a while until some irresponsible individuals decided to bend a few rules for their own benefit. THIS is what Malaysians are angry about!”

She felt that some individuals were selfishly showing off their privilege when there are clearly hundreds of thousands of others suffering from all these consequences, as seen in social media every day.

Are Malaysians sick of the countless MCOs? Let us know how you’ve been coping in the comments section!

Also read: “Why is the govt so cruel?!” M’sians Enraged As No Moratorium Extension Offered Despite MCO 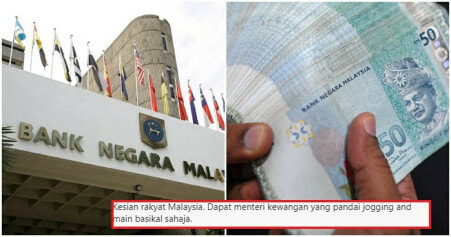