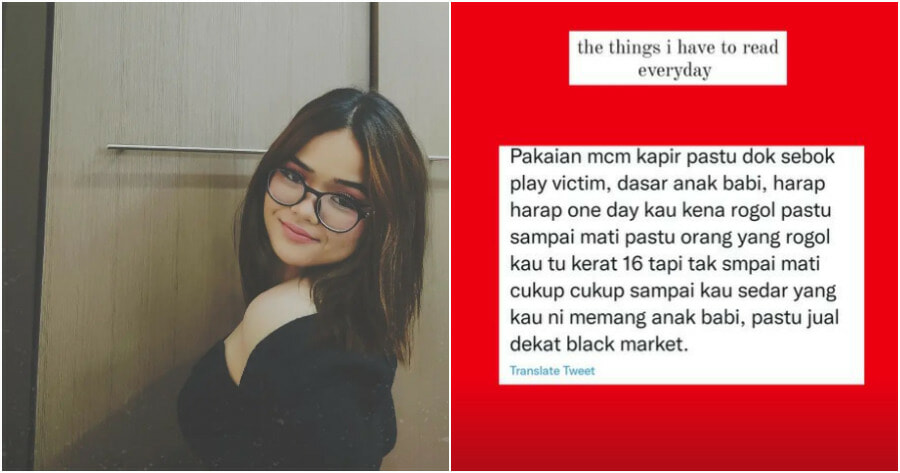 Ain Husniza has been dubbed the ‘heroine’ after speaking up about the inappropriate sexual joke made by one of her teachers in the classroom.

However, not everyone is on board with what Ain had to say all these while. Some even threatened to harm her if she did not drop the charges against her teacher.  There’s even a LowYat forum just for the people to speak ill of her. Just last night, on her Instagram story, Ain revealed that she had received yet another threat.

This time, she received a rape threat from a stranger online after posting a few images of herself in a regular outfit. 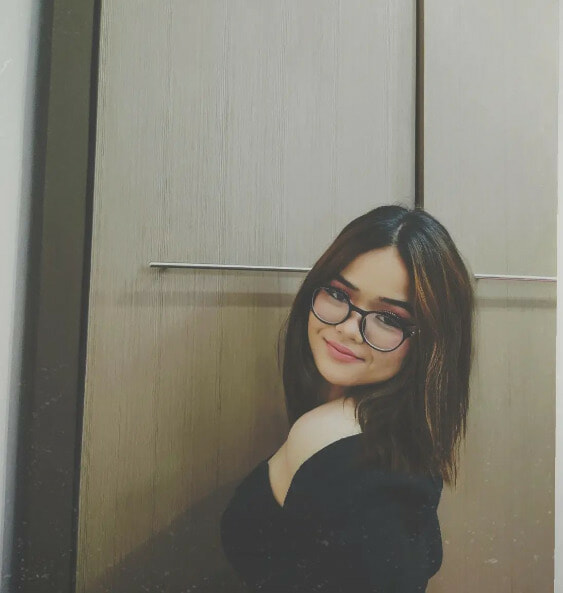 The man who threatened Ain blamed her for playing victim despite wearing revealing outfits.

‘I hope one day you’re raped to death. Then the person will cut you into 16 pieces when you’re alive, so that you’ll know you’re a piglet that will be sold off to the black market.’ 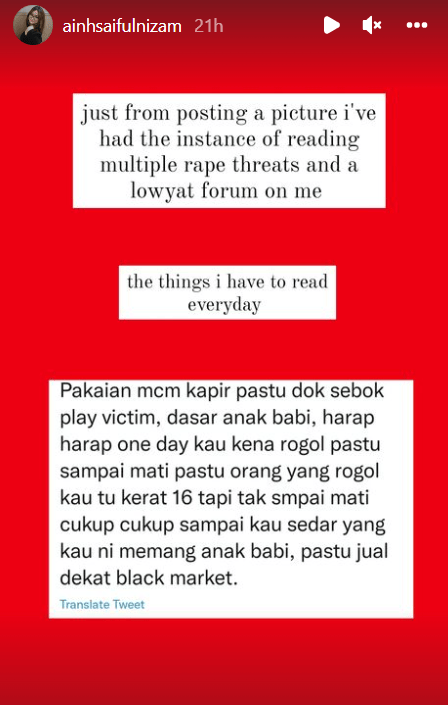 On her following Instagram story, Ain revealed that this wasn’t her first death-and-rape threat.

‘I’m not sure whether it’s commendable or terrifying that all girls, including me have taken it as a given.’ 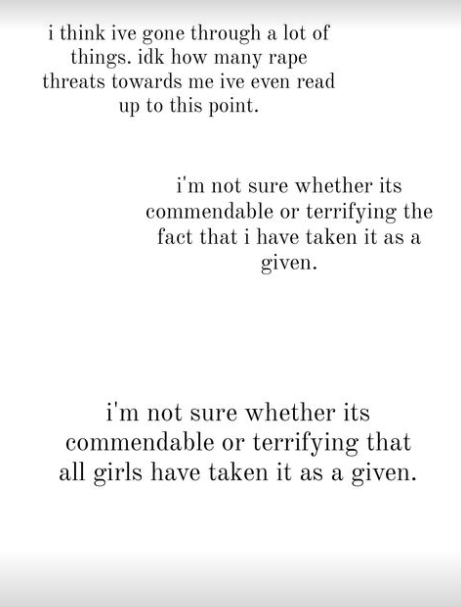 Ain then continued by saying that as a girl, she just wants to exist without having any concerns and worries, just like all girls do. But most girls have been brought up to avoid placing themselves in danger since they were very young.

‘It shouldn’t just be a given that all girls are in danger. For me, it’s a never ending fight against the oppressor,’ Ain added. 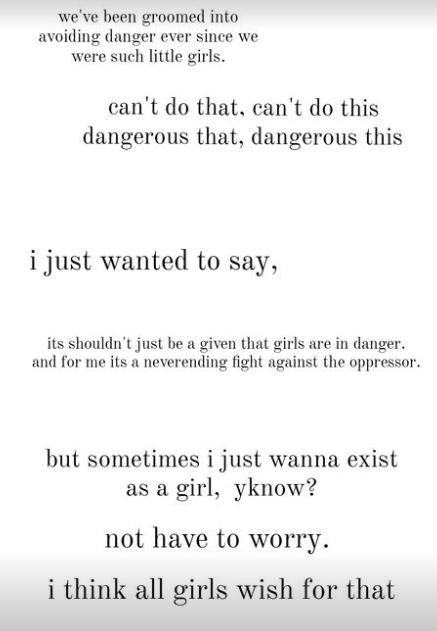 Just like Ain said, it’s a never-ending fight. Regardless, we hope Ain and her family will have the strength to fight for what’s right till the end. 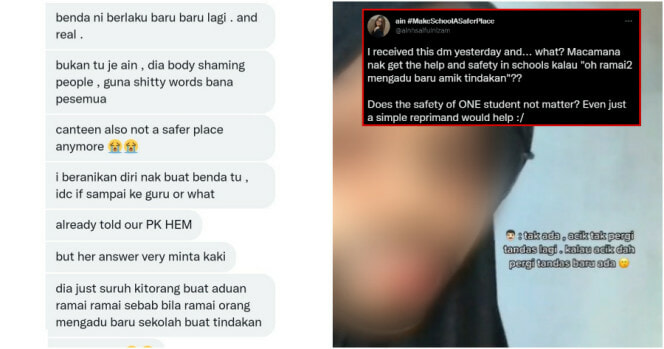