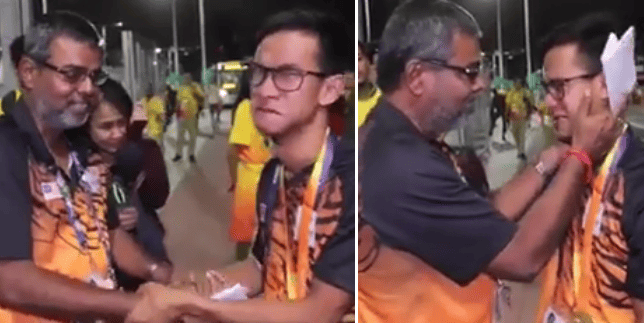 A video featuring R. Jeganathan, coach for Paralympic athlete Mohd Ridzuan Mohd Puzi is spreading like wildfire as the touching moment between coach and sportsman brought tears to everyone’s eyes.

The video which was uploaded by ERA fm showed R. Jeganathan being interviewed after Ridzuan Puzi’s win and might we point out that the reporter herself couldn’t contain her tears throughout the whole interview. 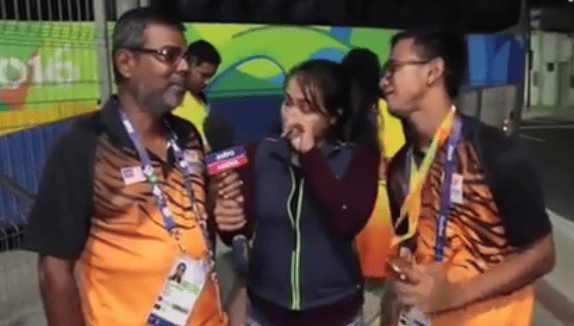 R. Jeganathan said, “He [Ridzuan Puzi] takes me as his own father. He would follow whatever I tell him to do. So here’s the result [of winning a gold].”

“He sayang sama saya. Ridzuan Puzi is my son.”

When asked if there’s anything he wanted to tell Ridzuan Puzi, the coach pulled Ridzuan Puzi into a hug and said,

He thanks Ridzuan for his hard work and adds, “Coach scolded you, and this is the result. Understood?”

“Coach only scolded to train you.” 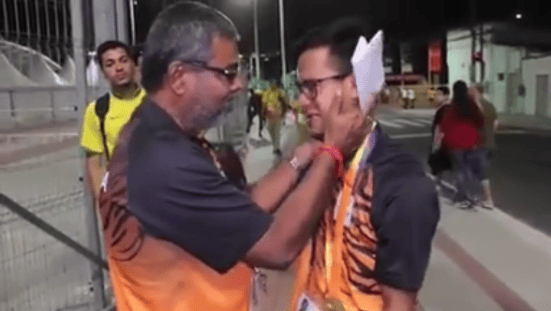 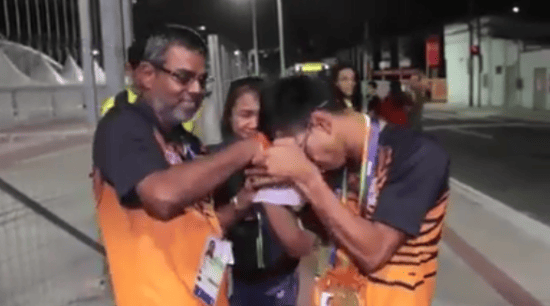 The very thankful Ridzuan Puzi also takes the coach’s hands and place it to his forehead as a sign of respect and gratitude. The love between the two is real!

The moving video garnered over 1.1 million views and over 28.5k shares at the time of writing. The video has made any Malaysian who watch the video to tear up (the sad background music did not help either).

Netizens expressed their love for the father-son moment, while R. Jeganathan’s son himself commented on the video thanking his father for raising a national hero. 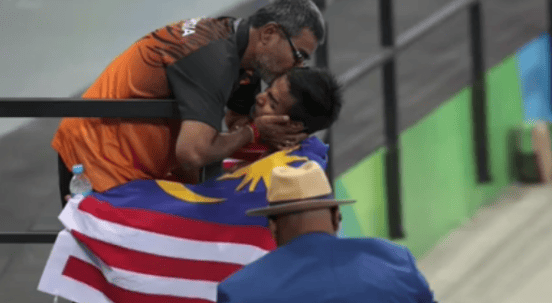 Others confessed that the video was too much to handle.

“This video should be shown to those racist humans in Malaysia. THIS IS MALAYSIA. ONE FAMILY! ONE LOVE!!

Watch the touching moment below: