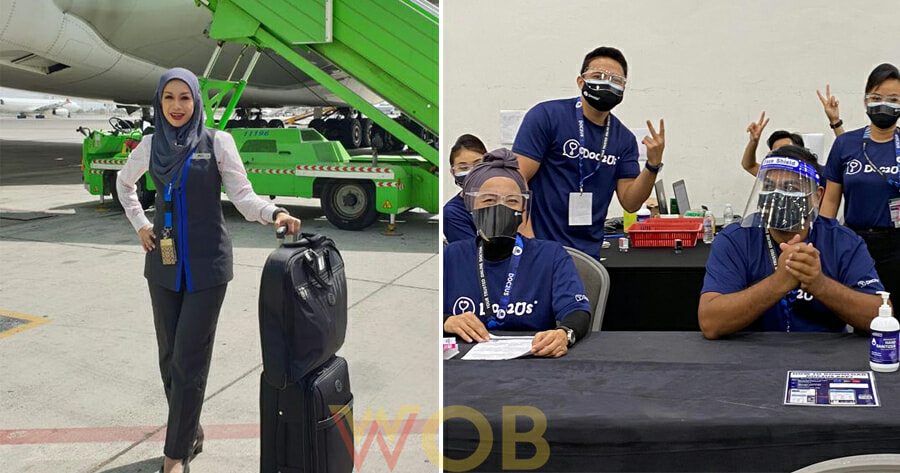 When the government decided to speed up the vaccination process, there was a call for volunteers at vaccination centres (PPV) nationwide. That’s when over 150 airline crew were hired as PPV staff by health care organiser, DOC2US, to help run these centres.

Theresa Lam shared with WORLD OF BUZZ how they formed a PPV in Shah Alam and why they chose to hire airline crew to work at these centres. 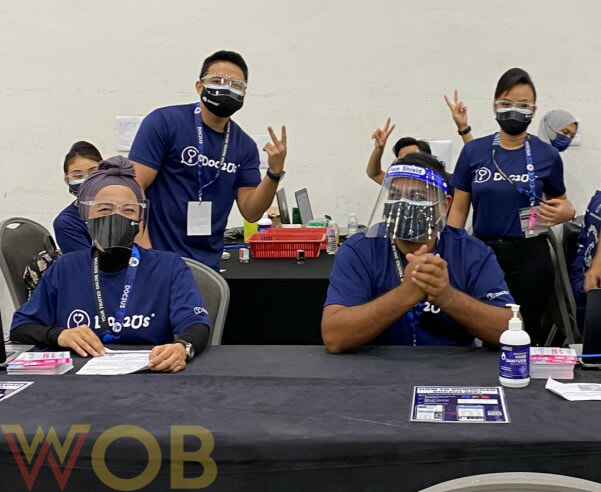 Having the experience of running a PPV at a clinic in Seremban, DOC2US approached ProtectHealth Corporation Sdn. Bhd with their plan.

They were then given the chance to start a PPV at Setia City Convention Centre (SCCC) and managed to set up a PPV in seven days!

Theresa shared that when DOC2US first started, there were only a handful of people running the company. Hence, it was difficult to find enough people to run the PPV.

“In one of our discussions, we asked who are the people, by industry, most affected by this pandemic with all this lockdown, and who has the right skill set to help in the vaccination centres,” she told WORLD OF BUZZ.

Need for people who can control a crowd

She added that they were looking for people who could handle stress as there are all sorts of people at vaccination centres who are fearful and nervous.

“They don’t know what to expect, so there’s a lot of anxiety.”

Theresa shared that they began thinking of airline crew because some of them have been retrenched or put on no-pay leaves, while some still have to work with badly affected incomes. 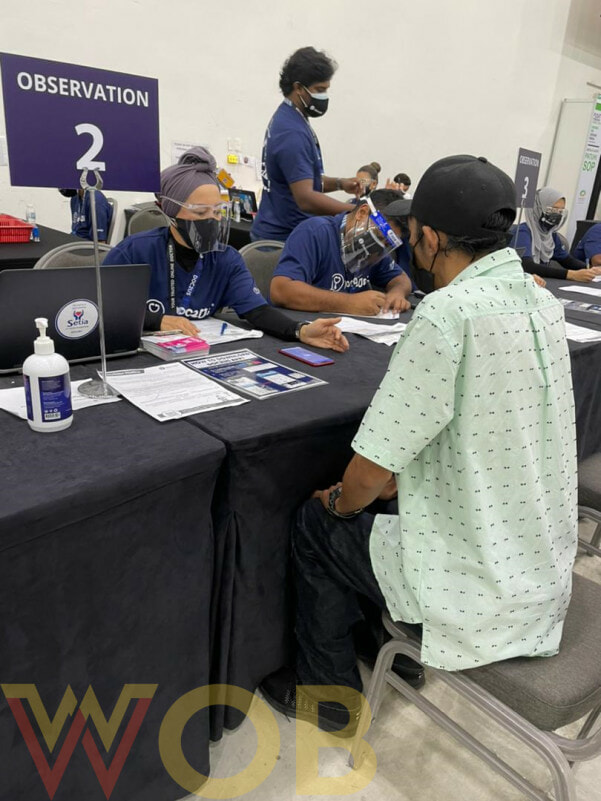 She said this gave them the idea to reach out to AirAsia where Tony Fernandes put them in touch with some internal people. Additionally, several AirAsia staff introduced DOC2US to people from Malindo and Malaysia Airlines (MAS) as well.

“Those handsome pilots can continue to fly.”

“That’s the whole idea. This is what makes us different as a health care organisation. It is because we have this group of people who know how to run an airport.”

Theresa shared with WORLD OF BUZZ that DOC2US is now running nine vaccination centres altogether and has recruited more than 300 people in total, with at least 150 people from the airline industry alone.

She added that they are still recruiting more as many people have started to get their second dose of the vaccine, which means an increase in the number of people coming into vaccination centres. 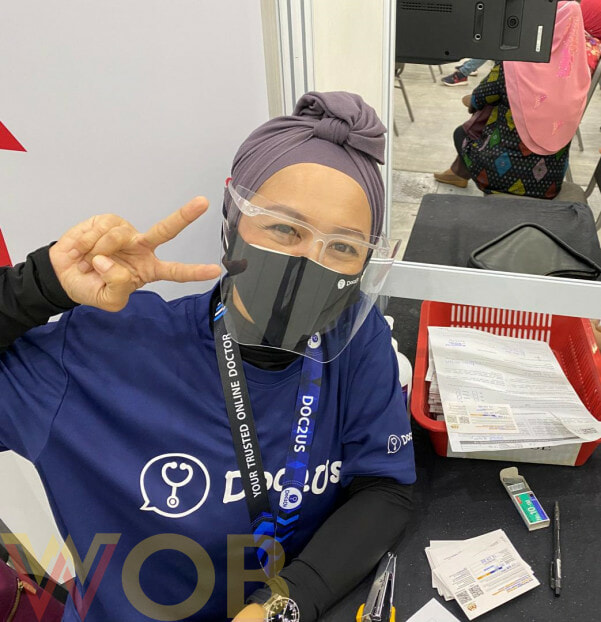 Emelia, the PPV staff WORLD OF BUZZ previously interviewed, was one of the airline crew that was hired!

After working with MAS for 18 years since 1997, she left the airline industry in 2015 and started a business selling sambal. In 2019, she joined back the airlines as a chartered crew when MAS was looking for a more experienced crew. 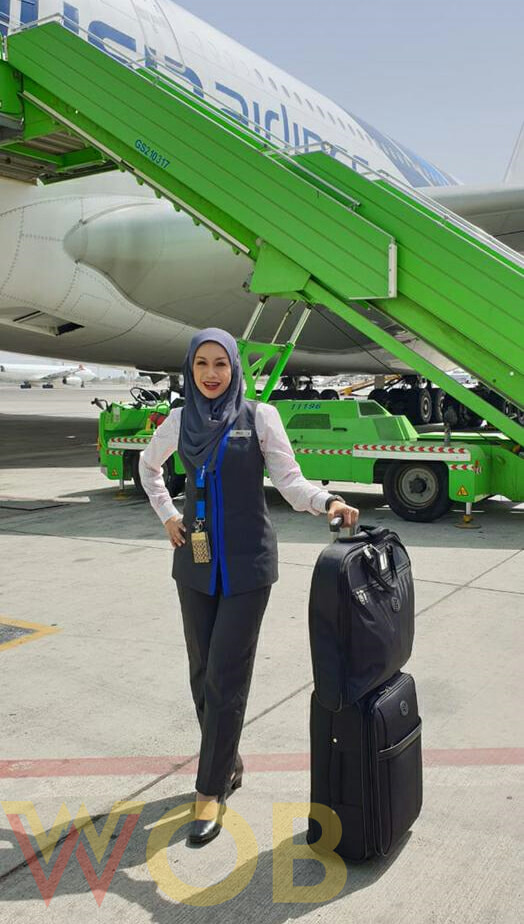 However, because of the pandemic, Emelia was unable to continue her work in the airline industry and relied on her sambal business for income.

“I won a few awards and got a grant, that’s how I grew my business,” she said.

“I am helping the people in Kuantan. They work for me and I help them to generate income. It’s good to help the kampung people so they can make some money. So they help me work in my small factory.”

“I’m not affected much because of my business. It’s just that I am worried about some of my friends. I just hope they are okay.” 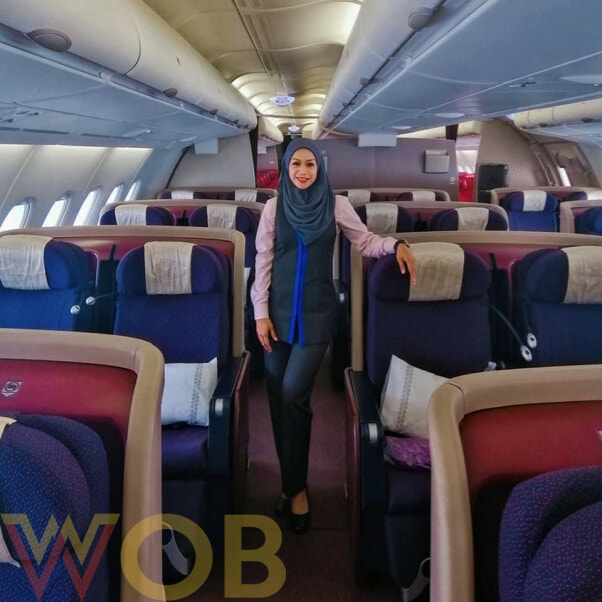 Emelia added that most of the PPV staff under DOC2US are pilots and cabin crew. She said some of her friends are very affected as they cannot fly due to the closed borders.

“To all my flying friends, we have to be patient, this is not the end of the world. Soon we will get our wings back,” she said.

“I hope all my friends are ok out there. I am worried. Some of them can’t accept what happened, they have many commitments. Sometimes we cry together because we are worried.”

“There are so many things that happened because of stress and depression. It could happen to anyone. They may look ok outside but inside, we don’t know.”

“I just hope that we will get through this together and win this.”

Emelia added that she enjoys being a PPV staff because it is similar to working on aeroplanes.

“I think I kind of like it because it’s the same thing we do onboard (aeroplanes), but just a different scenario,” she said.

“It’s still hospitality, you meet people. I think we can easily cope without training.”

If you’d like to support Emelia’s sambal business, you can visit her shop on Shopee! 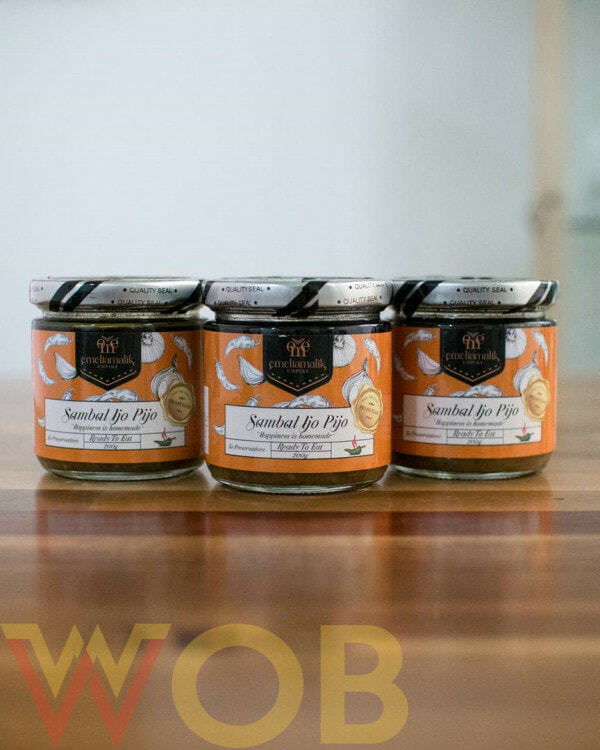 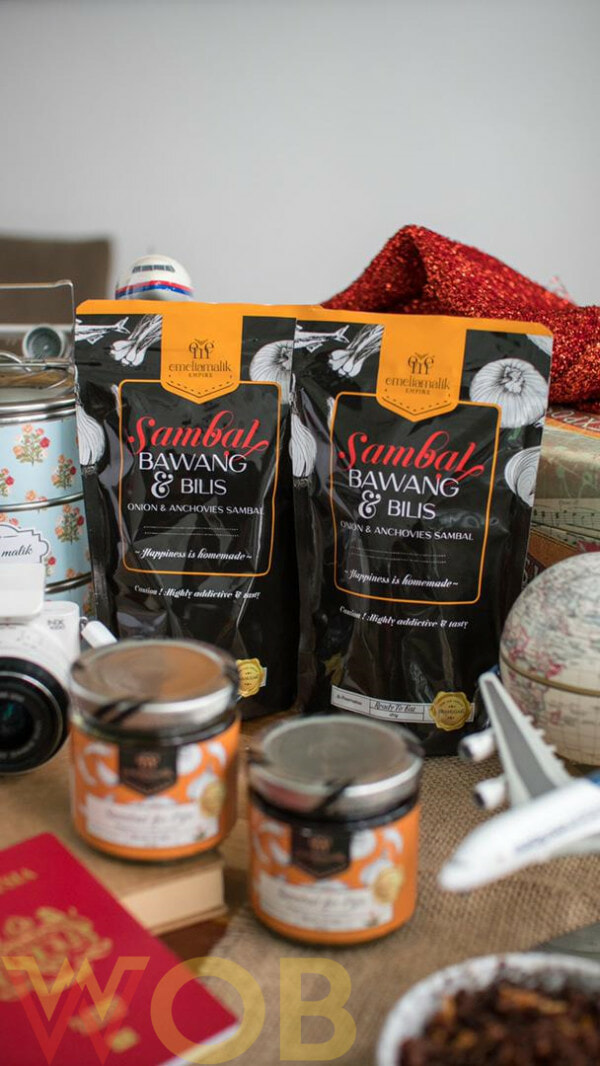 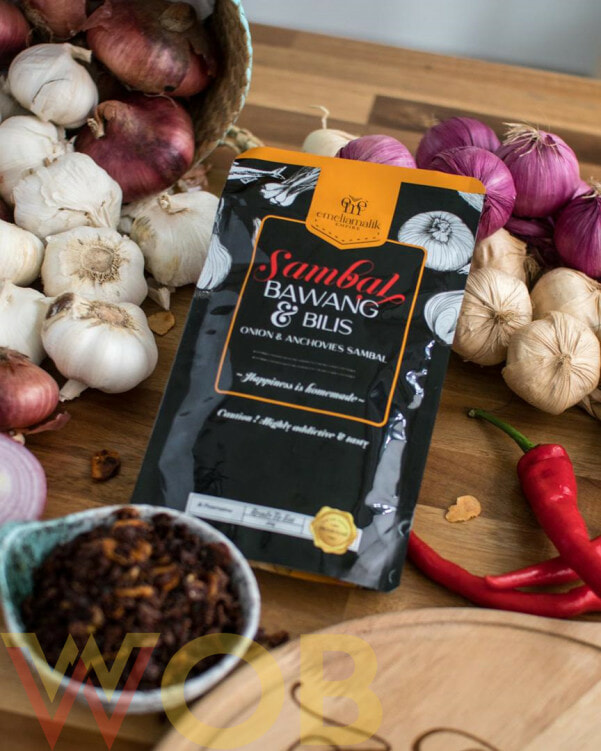 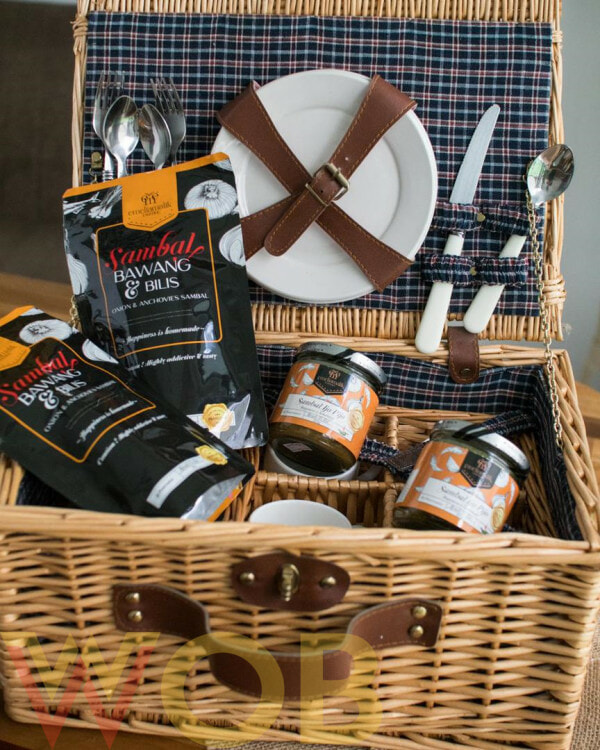 Previously, Emelia shared her experience as a PPV staff and the heartbreaking moments she encounters every day. Click the link below to read more!

Also read: “We are here for you” PPV Staff At SCCC Shares Heartbreaking Moments She Encounters At Work 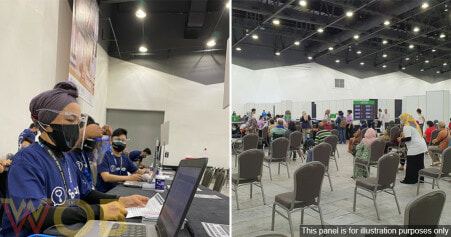