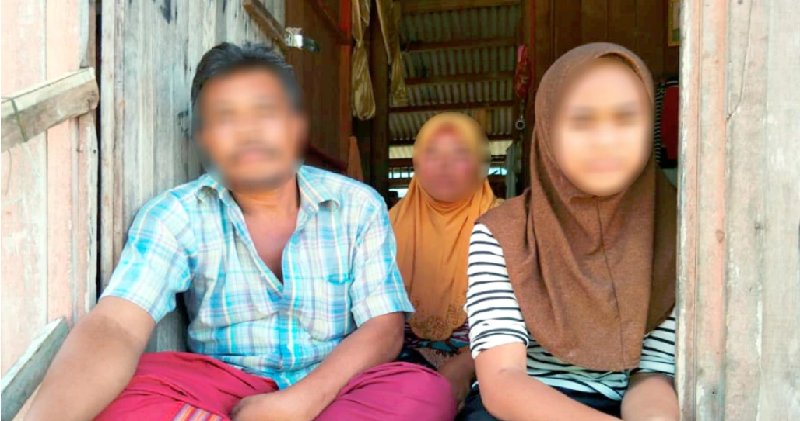 According to UNICEF, child marriage is defined as a formal marriage or informal union before age 18. It is also a reality for both boys and girls, although girls are disproportionately the most affected. Child marriage is highly frowned upon the world over, and yet it is still widespread. You would only expect it to happen in countries with lax human rights laws.

So, when Malaysians woke up to some really disturbing news about a 40-year-old man, marrying an 11-year-old girl, the internet was sent into a frenzy! When the girl herself spoke out about loving her husband despite the immense age gap, and then the reality of her troubled financial state came to light, more and more netizens began to debate whether it was morally right or wrong for an adult man to marry a little girl.

Here are some interesting points that netizens have raised:

There are a few people who argued that there’s nothing wrong with the marriage because:

Others brought in the historical relevance of religion, and said that the child marriage wasn’t rape, but were since shut down by other netizens.

Many expressed the sentiment that even with parental consent, child marriages shouldn’t be allowed. This facebook user pointed out how a child her age should have childhood crushes not a marriage.

Prominent human rights activist Marina Mahathir has also weighed in on the issue in response to a tweet on the matter: 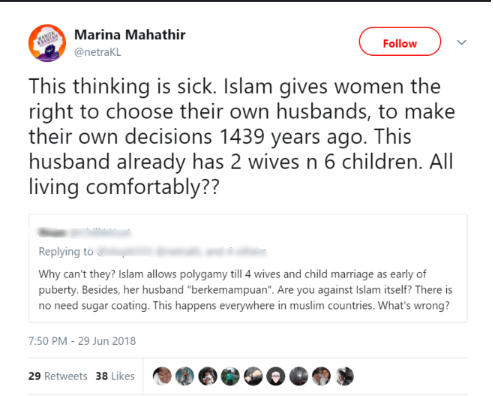 Since the issue exploded, there have been users that have stepped forward to speak up about how child marriage is unfortunately common in Kelantan.

Overall, many netizens are strongly against the marriage, stating that she is far too young to understand the consequences of this action on her future. They also strongly condemn the husband for making this call, on top of not taking care of his other two wives and children.

This guy summed it up quite well: 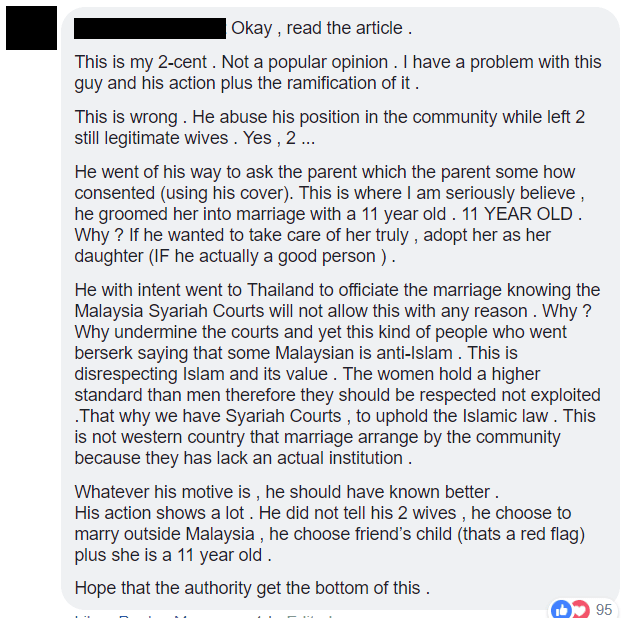 Let’s hope in this brand new Malaysia we can look forward to a brighter future for our children, and an end to sexual grooming and child marriage. 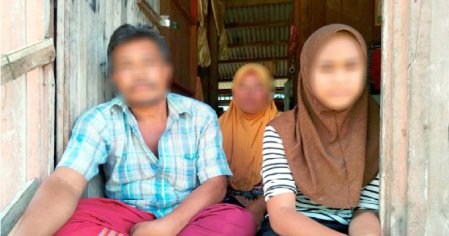