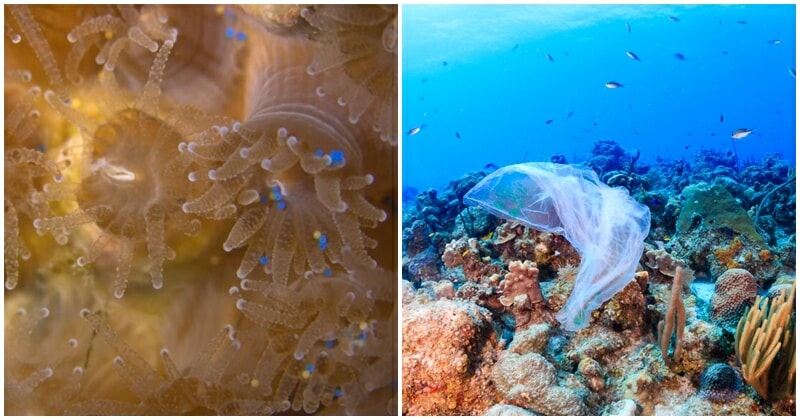 It is a known fact that plastic has a destructive impact on oceans and marine life – tossed into gutters or washed down storm drains, plastic bags are the major source of human-related debris currently plaguing the seabed.

We have seen images of animals suffering entanglement or ingestion of plastics, and one netizen shared another piece of information that may want to make you ban plastic altogether.

Plastic trash is putting the world’s coral reefs in danger, as researchers have found out that wild corals are feeding on them as junk food!

Understanding that giving junk food to marine life is a no-no, @sunfloweraidil shared the National Geographic report via his tweet.

those blue beads are actually microplastic being consumed by a wild coral. these marine animals now prefer to ingest plastics rather than their natural food even tho the bacteria could kill them. plastic is basically now their junk food. 🤦🏻‍♂️ pic.twitter.com/U35sAjuU87

“Those blue beads are actually microplastics being consumed by wild coral.”

“These marine animals now prefer to ingest plastics rather than their natural food even though bacteria found could kill them.”

“Plastic is now their junk food.”

So what would happen to the coral should they continue to ingest ‘junk food’?

According to scientists, after lacing the plastic with E. coli, a common intestinal bacteria, despite spitting the plastic back out, “the E. coli persisted, killing the coral within two weeks.” 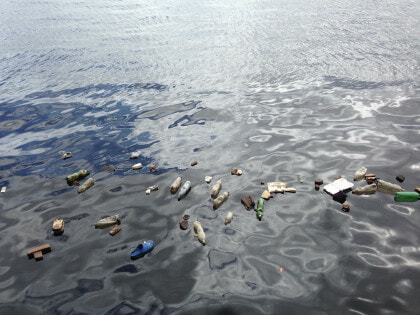 “I’m terrified of the mess we’ve created in our oceans.”

“But this is maybe part of the story for us to motivate cleaning it.”

The tweet, which has garnered 4.4k retweets and 2.8k likes, shows that more and more Malaysians are becoming more informed of what they can do to help marine life and Mother Nature.

Let’s stop the suffering and do what we can to help mother earth!

Also read: Turtle Found Dead With Plastic Bags Coming Out Of Its Rectum, Believed To Have Pooped Them Out 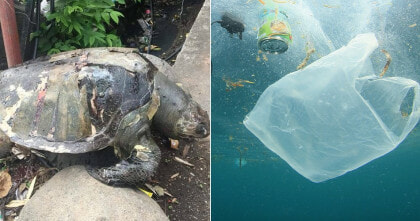