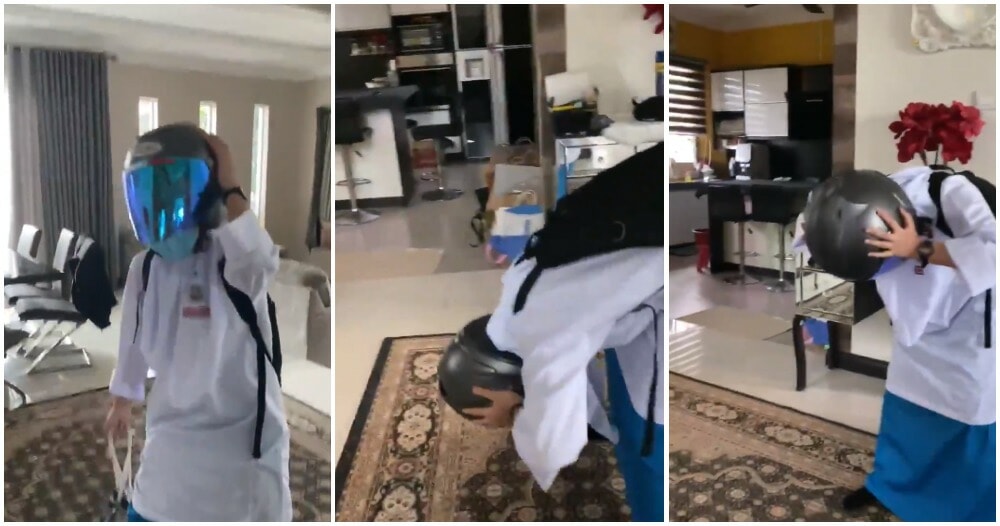 Tears and nerves are a huge part of the first day of school but imagine going viral on your first day back to school. That’s exactly what Twitter user Faruq Amirul’s (@MyrulFaruq) sister had to go through when her head got stuck in a motorcycle helmet and she struggled to get it off.

Faruq, on the other hand, decided to record his sister yelling and panicking instead of helping her because let’s be honest here, that’s what elder siblings are for.

In the 30-second long video, Faruq’s sister yelled and was trying her best to remove her helmet while Faruq simply couldn’t control his laughter. The video went viral garnering over 14,000 retweets with Twitter users who couldn’t help but relate with Faruq as an older sibling.

Speaking to WORLD OF BUZZ, Faruq said he had no idea how her head even got stuck inside in the first place. All he knows was that he couldn’t stop laughing as he watched her struggle for almost five minutes until she finally managed to remove the helmet right after the video. 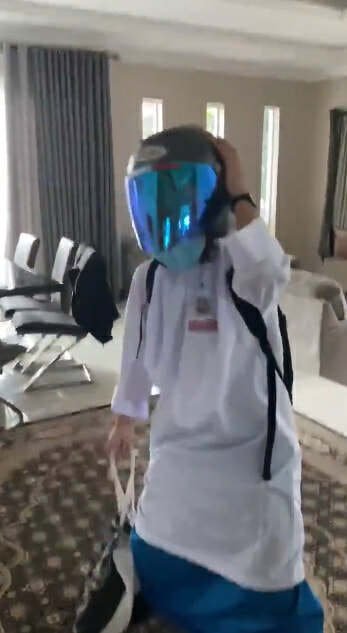 He added that to no one’s surprise, his sister is still angry at him especially after looking at how viral the video has become. She even said she’s worried that her teacher might call her out at school tomorrow!

Well, if you grew up with siblings you can definitely relate to this. We can just hope Faruq’s sister’s remaining schooling days go better than this! 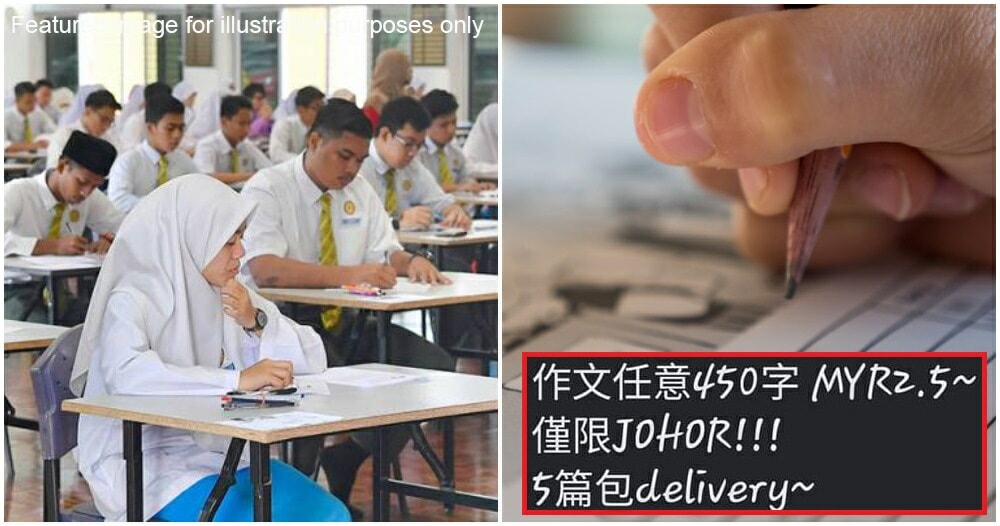