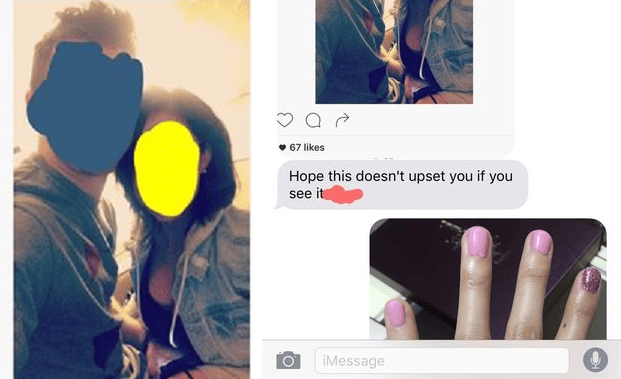 Breakups can be a real class-A pain in the a**. And it can also turn you into a petty version of yourself.

You’ve probably conjured up plans to make your ex jealous before, but this guy actually straight-out did it, and not even in a subtle way like a vague tweet or sly Instagram caption.

Nope! This guy HAD to text his ex-girl friend with a deliciously petty picture of him and his current girlfriend. It’s quite endearing how the photo was originally from Instagram. He probably posted it up there to get the message out there to his ex, but to sent a screenshot of it by text to get the real cherry on top of all things nice and revengeful.

But, his epic ex girlfriend had the most glorious of comebacks. 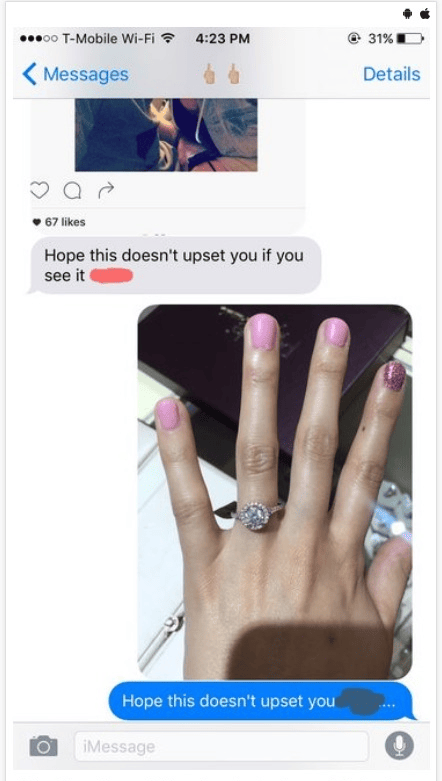 OooOoooh. That burn must sting so bad.

Looks like the p***y ex-bf couldn’t handle his own medicine. But her comebacks don’t stop there!

She seals the deal with the simplest but best response ever. Please rub salt on wound. You go girl! Like they say, if you wanna play with fire, you need to prepare to get burnt!

That is one heck of a crazy ex though. The irony of “Wow, okay. You basically just spit in my face. How classy of you. You’re better than that”. Uhm! Who started to launch all the catapults in the first place??