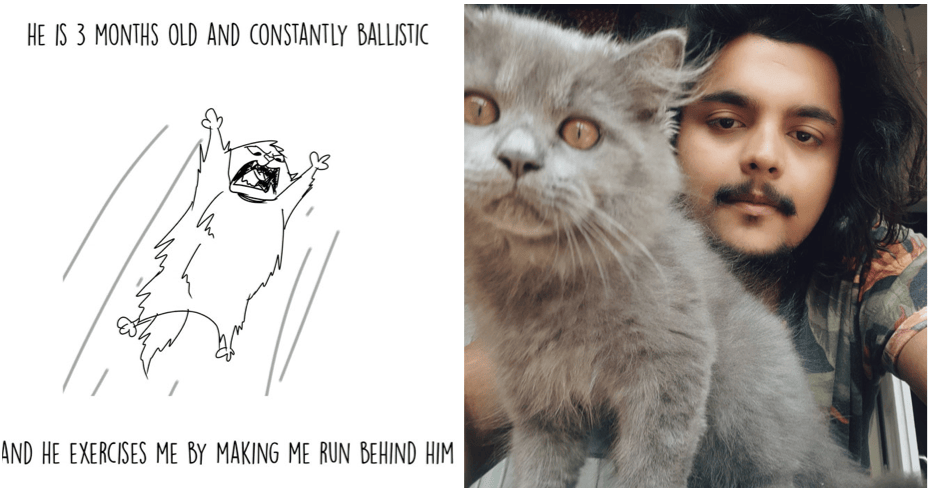 Animals are known to have a remedial effect especially when it comes to our mental health. Coming home from a long day will always feel better when your beloved furry friend greets you at the door or jumps beside you on the couch just to teman you while you unwind. It’s like they understand the things that we are going through and by them being there for us, we will feel better.

For Yash Pandit, the cat he adopted might have saved his life. He was suffering from mental health issues and he knew he needed a little help and support, so he brought Bagheera home. His life was never the same again. Yash told Bored Panda,

“He’s the most friendly cat I’ve ever met, he has no problem in loving and greeting anyone new. He’s smart enough to pretend that he’s fallen asleep but also thinks his shadow is another cat and starts pouncing on it. He loves to watch Fresh Prince of Bel Air with me and won’t fall asleep until I put on Frank Ocean songs, in which case he will hug my phone and go to sleep. I love him with all my life.”

Yash and Bagheera’s story went viral after Yash decided to draw a comic and share it on Imgur, describing how his beloved companion has helped him tremendously. 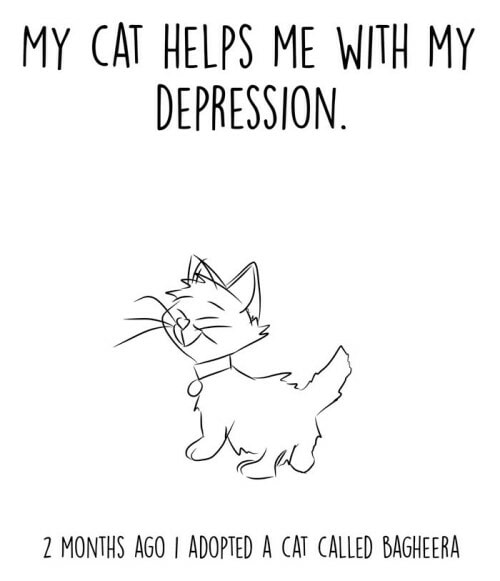 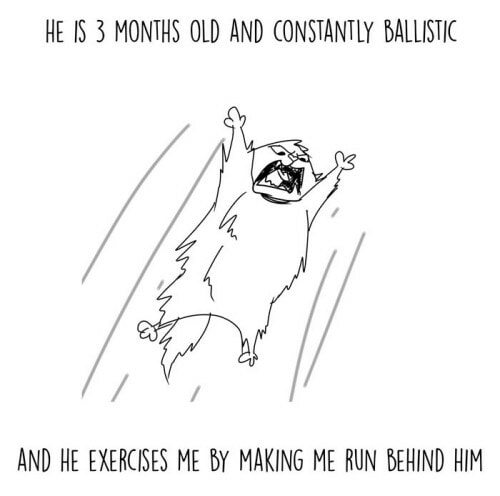 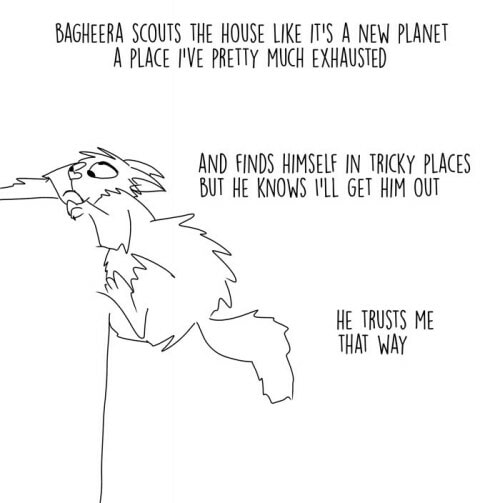 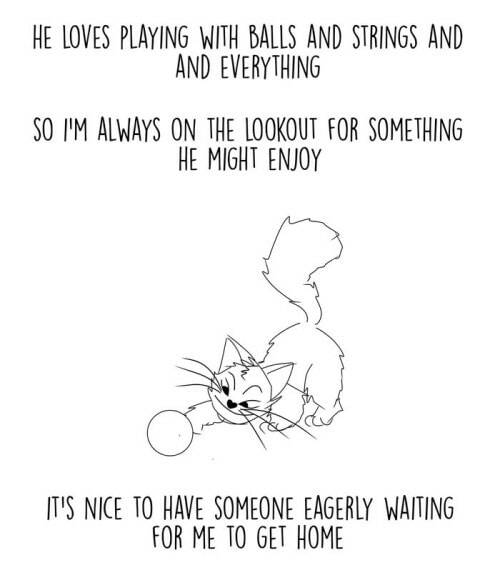 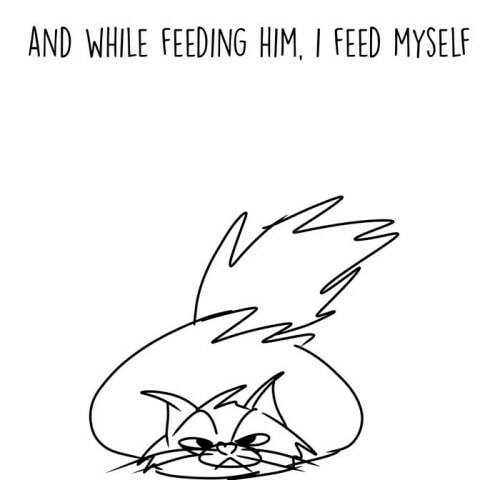 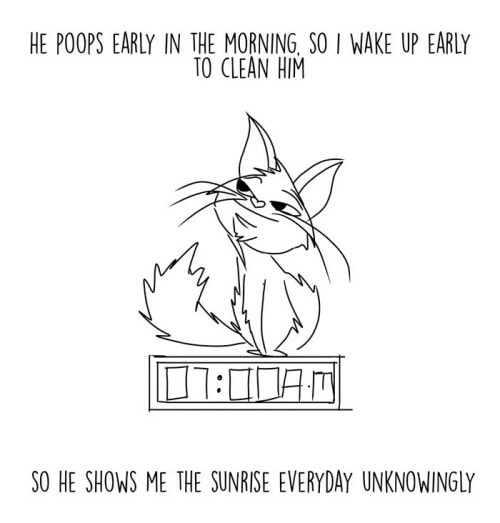 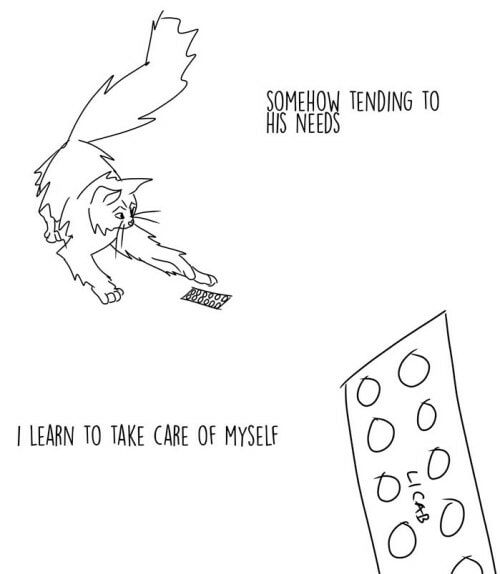 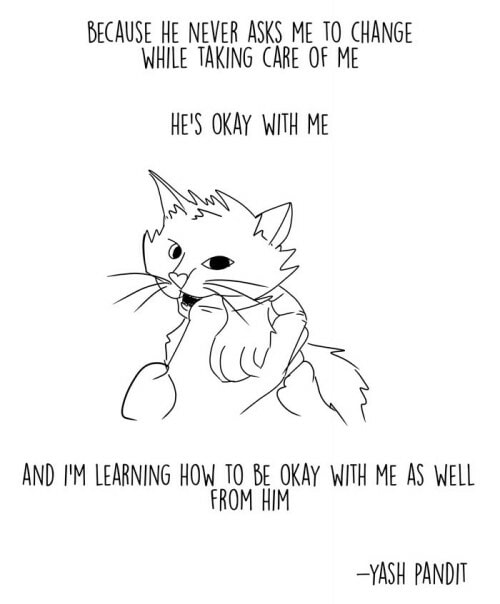 From the comics, we can see that having Bagheera at home provided Yash with the comfort that he needs and since he needs to take care of the cat, which indirectly taught him how to take care of himself too including feeding himself and also taking his medicine. But most importantly, Bagheera accepts him as he is and because of this, he has learned to accept himself too. 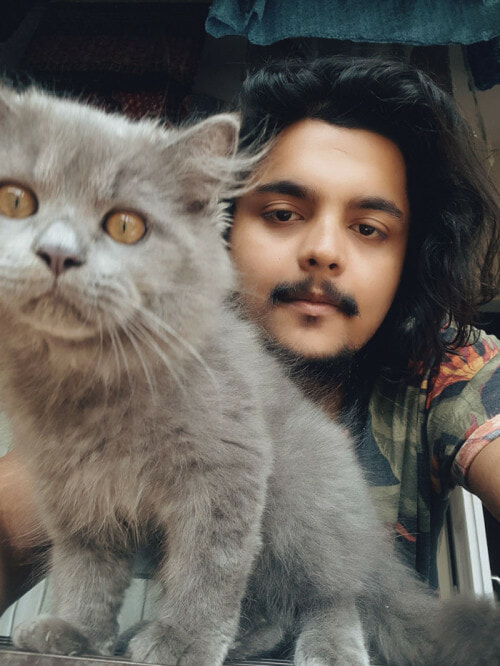 We are happy that Bagheera is helping Yash Pandit deal with Type 1 rapid cycling bipolar disorder, along with depression and anxiety. Hopefully, the bond that they share will grow even stronger later.

For those who are currently suffering from any mental issues, do seek help from those around you. There will always be someone that can help you or maybe who knows, it might be a cute cat or dog!

Also read: Watch: Baby Was About to Fall Down the Stairs When Kitty Cat Saves Him Using Its Tiny Paws 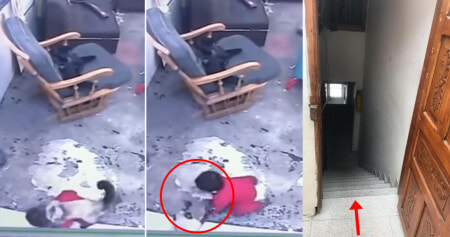