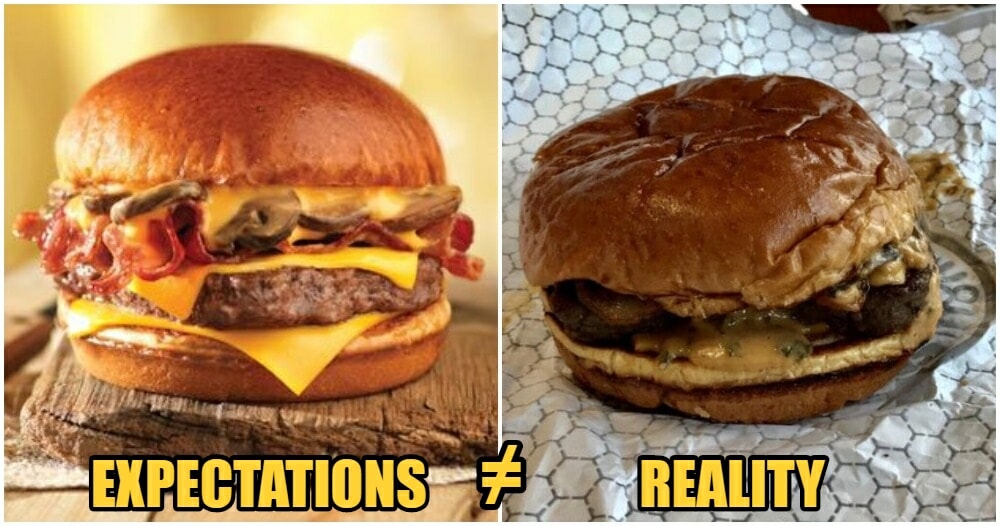 Have you ever saw a food ad, got tempted by it how awesome it looks, went to buy the food item from the restaurant and got disappointed when you unwrap them?

According to the Ministry of Domestic Trade and Consumer Affairs, these advertisements employ a technique called exaggeration/puffery which is prohibited. 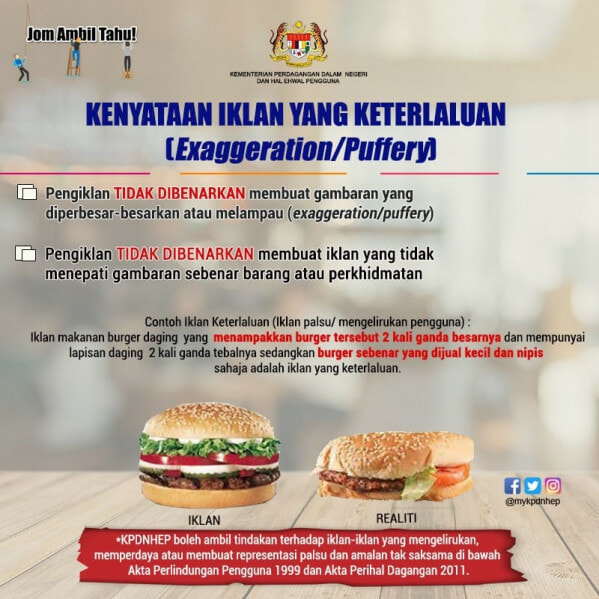 As an example, they gave this comparison of a burger where they said that it was fake advertising and will confuse consumers. 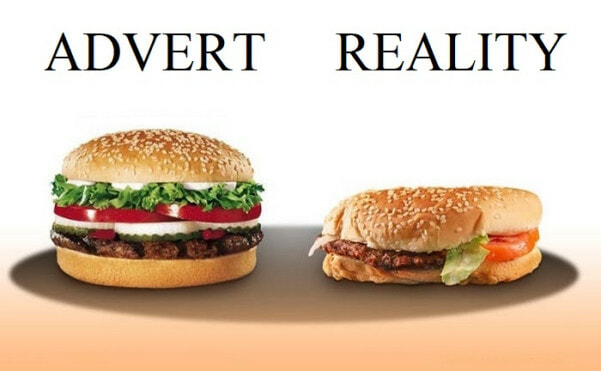 “This ad shows a very appetising looking beef burger where their meat is quite thick. However, when it comes to the real thing, the meat is at least two times thinner. This is an exaggerated advertisement.”

Action can be taken for advertisers who violate this

The Ministry has also warned that they can take actions against advertisements that are confusing, deceiving or gives a false representation and unfair practices under the Consumer Protection Act 1999 and Trade Descriptions Act 2011.

If you have any complaints that you would like to make, you can always download this application by the Ministry or do so on their website here. All complaints filed are confidential and will not be revealed.