Great news, people! Many of us have been to government offices to handle official matters and if you are one of them, you would be glad to know that Federal Govern­ment departments have decided to extend their operating hours. Sometimes the queues get notoriously long! 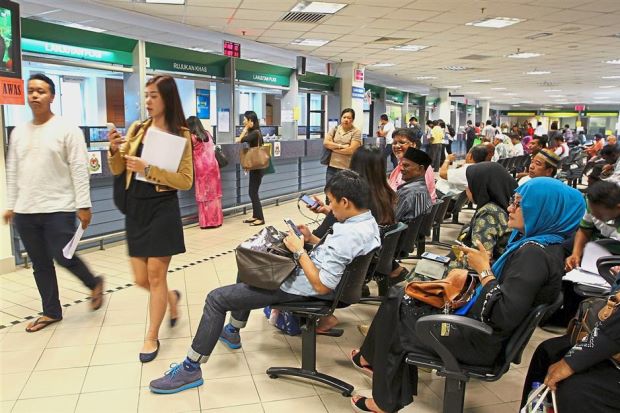 According to The Star, Public Service Depart­ment director-general Tan Sri Zainal Rahim Seman said the decision was made to add an extra half hour on working days and close at 6pm instead of 5.30pm.

He said that this was meant to give more flexibility to civil servants as they could choose to work from four different shifts and also improve their services to the public. Hope so! He added, “Federal offices will now be open from 7.30am to 6pm. With longer operating hours, government employees will now work on four shifts: 7.30am to 4.30pm, 8am to 5pm, 8.30am to­ 5.30pm and 9am to 6pm.” 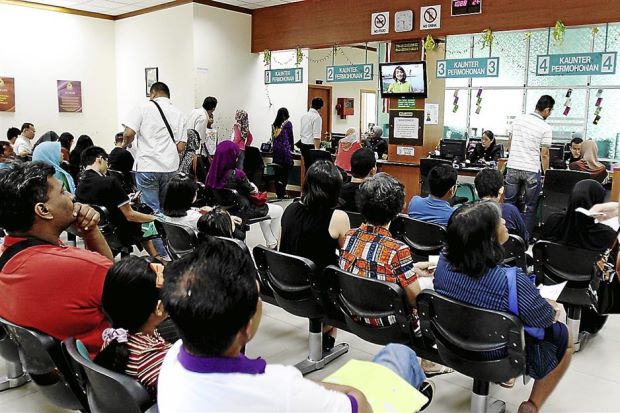 This new move will be implemented across the country in states such as Perlis, Penang, Perak, Selan­gor, Negeri Sembilan, Me­­la­ka, Pahang, Sabah, Sarawak and the Federal Territories of Kuala Lumpur and Putrajaya where the operating hours take effect from Monday to Friday.

Meanwhile, for Kedah, Kelantan, Te­­rengganu and Johor, the new operating hours will take effect from Sun­day to Wednesday and 7.30am to 4.30pm on Thursday. 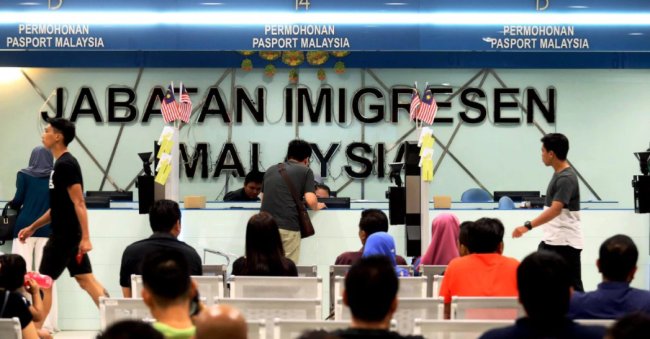 Cuepacs pre­sident Datuk Azih Muda also agrees with the move and said that this extended operating hours will be better for civil servants. He said, “Some of them have things to do in the morning, like sending their children to nurse­ries, and are unable to come in at the third shift, which starts at 8.30am. This (being able to start at 9am) will give them more flexibility and reduce the stress of rushing to work to avoid being late.”

However, only counter services in big cities or towns will be opened until 6pm as he explained that it would not be cost effective for smaller towns to do so.

This introduction of longer operating hours has since caused mixed reactions among netizens with some of them agreeing that it is a good move while others said that it wasn’t enough. 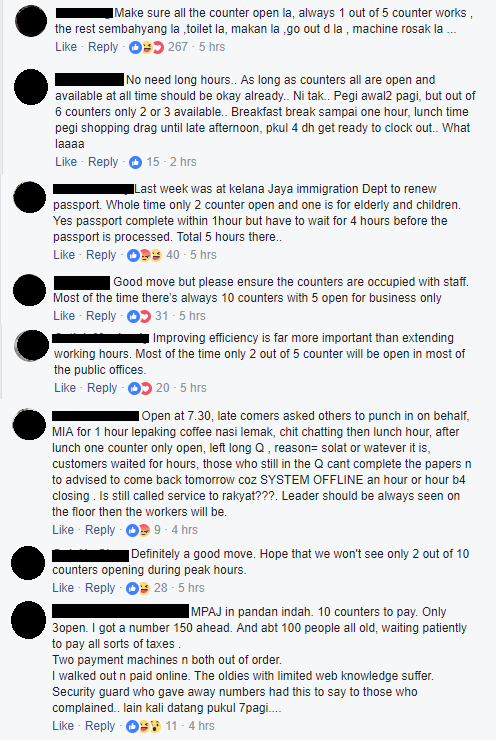 What do you think of the extended operating hours? 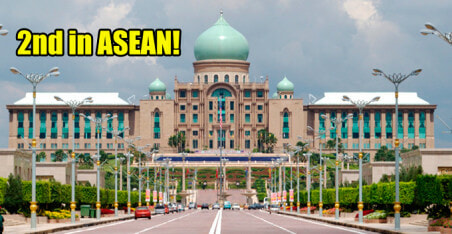