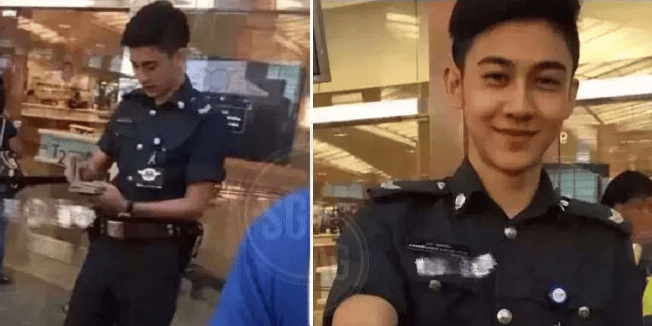 Attention people! Upon the public’s request, we require your help to identify a certain individual. More specifically, an officer that was spotted in the vicinity of Changi Airport, Singapore.

Please do not misunderstand, he’s not missing or anything of the sort, but have you just seen this cute, cute officer and what’s his deal?! Is he single? Or is he … single? We would like to know. 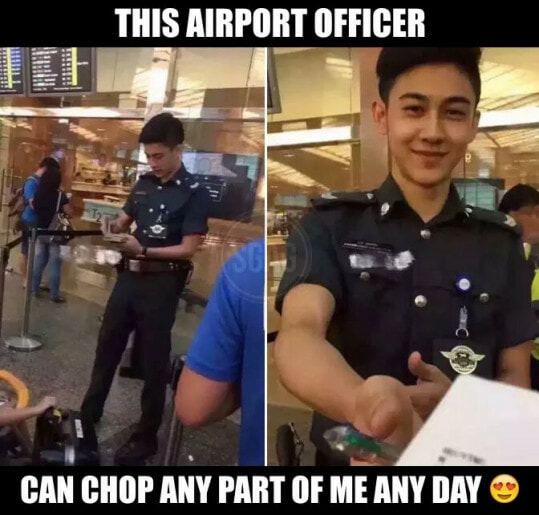 The above image of the officer with the that sweet baby face was shared on SGAG’s Facebook profile, gained traction and has since gone viral, sending ovaries exploding all over southeast Asia.

The posted was cheekily captioned, “This airport officer can chop any part of me any day”. The image was credited to some lucky gal named Anna who snapped the image and met the striking officer in the flesh. 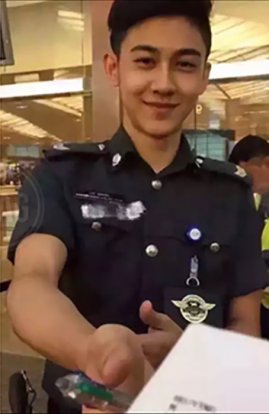 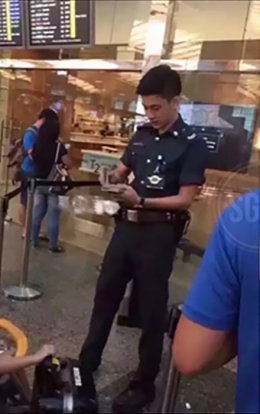 You know it’s going to be a good trip when you have this cutie checking your passport.

The post has been shared close to 6,000 times and liked over 17,000 times!! Even the comment section was filled with tags (some employees of Changi) hoping that they could identify the cute male.

But the overwhelming numbers of likes are not the only impressive thing about the picture of the oh-so-cute officer. Many did not hesitate to declare their love and new found respect for beauty on the post. Most are females and then some… males. But hey! Who are we to judge!

One female user commented, “DAAAAMMMMNNNN I will purposely buy flight tickets and go to Changi Airport just for him.”

Another female user who caught some serious butterflies stated, “I need to keep a knife in my bag so he could stop and talk to me.”

While a male user also chipped in and commented, “Well he shouldn’t be just an airport officer, I betcha he got some serious ABS under his uniform, time to SWOON over him! And by the way that sweet smile from him is definitely a surefire way to melt my heart instantly!!

Many have also suddenly claimed they didn’t mind taking a trip down to the airport to fetch their “friend”. If traffic at the airport is on a rise, we certainly know the cause for that!

However, this isn’t the first time an officer of the city-state captured the hearts of all females across the country and neighboring countries. According to Asia One, Staff Sergeant Benjamin Cheah and Corporal Mohammad Faidzul Muslim rose to fame after rescuing a terrified feline trapped on a tall tree for 2 days. 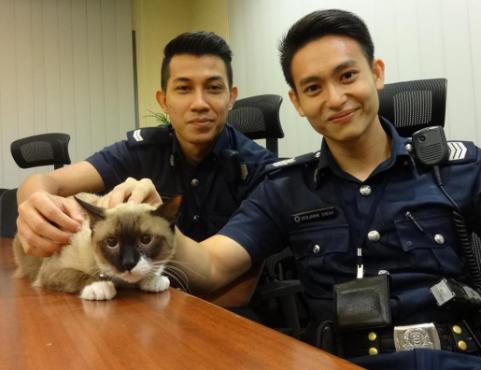 Staff Sgt Cheah (right in the picture above) with the softer features stated in his post, “We couldn’t bring ourselves to simply walk away from the situation as my partner and I are animal lovers.”

Ever since the incident, both officers were very publicly praised for their actions and not to mention their looks. Corporal Faidzul appealed as the rugged one and extensive research was done on Staff Sgt Cheah. 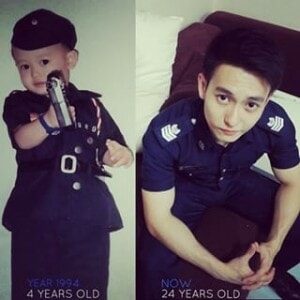 Many were disappointed to find that the charming officer was already married.

With all these cuties in Singapore, Malaysian girls can do nothing but envy. Know any cute officials in Malaysia? Send the suggestions our way! All for research purposes, we promise!