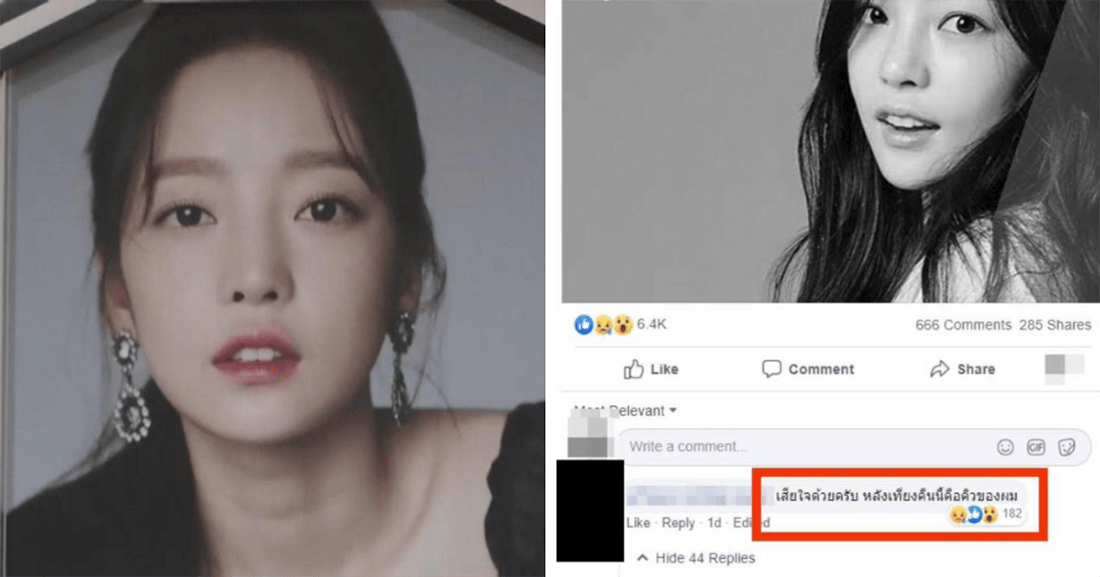 It’s no secret that Korean pop fans are somewhat obsessive over their idols. (Please don’t come after me for saying that.)

Unfortunately, some of these fans take their obsession to another level, considering they’re willing to follow their artists into the afterlife.

The Drama-addict Facebook page has reported that a Thai fan of Goo Hara’s has committed suicide following the artist’s untimely death. The fan’s suicide comes after he had commented with his intentions on a posting regarding Goo Hara’s passing.

Posted by Drama-addict on Wednesday, November 27, 2019

The Drama-addict wrote, “The other day when Goo Hara died, the media presented the news. A man commented on the media page, saying he was going to kill himself. Many people of the internet rallied to stop him by showing their support for his life, but there were also people who challenged him, telling him to do it. Now, he has passed away. The netizens who challenged him, how do you feel?” 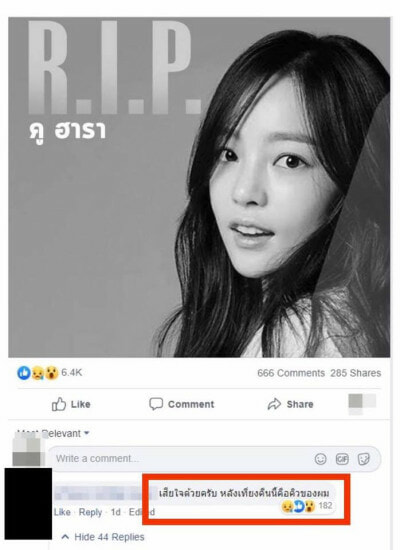 It’s bad enough that people are secretly suffering but it’s worse that there are people in the world who would tell someone to kill themselves when they are clearly crying out for help.

If you don’t have the willingness to help someone out or listen to someone’s problems, then keep scrolling and move along. Why would anyone destroy the efforts of those who were already trying their level best to prevent the man from killing himself?

“If you meet someone who’s open about committing suicide on the internet, the first thing you should do is talk to them, let them share their stories and pain, contact their friends and family. Be quick to help,” Drama-addict added.

Drama-addict’s posting has since garnered over 2,700 shares.

It’s internet bullies like these that caused Kpop icons like Goo Hara to take her own life.

Goo Hara would very much be disappointed in those who encouraged the poor man to kill himself. 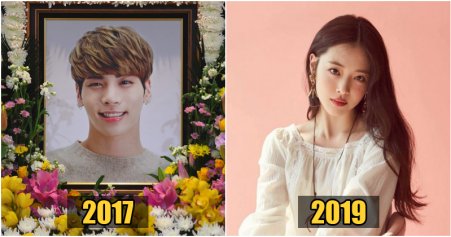