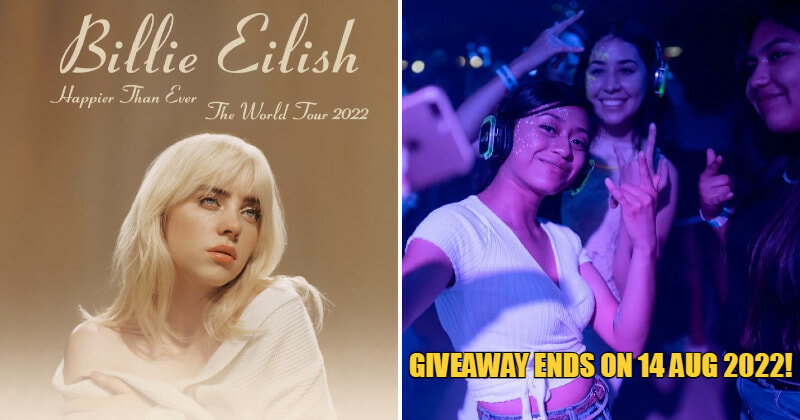 If you’re a huge Billie Eilish fan in Malaysia, then we bet you are counting down the days until you get to see this American singer-songwriter perform live in Kuala Lumpur for the first time ever! ICYMI, Billie Eilish will be stopping by KL as one of the destinations in her ‘Happier Than Ever, The World Tour’.

And to make this joyous occasion even better, we heard of an awesome giveaway that will excite all Malaysian Billie Eilish fans out there…

Malaysians attending the Billie Eilish #HappierThanEverTour concert in KL can share a video of their concert outfit to stand a chance at winning exclusive tour merchandise worth over RM660 (USD$150)! 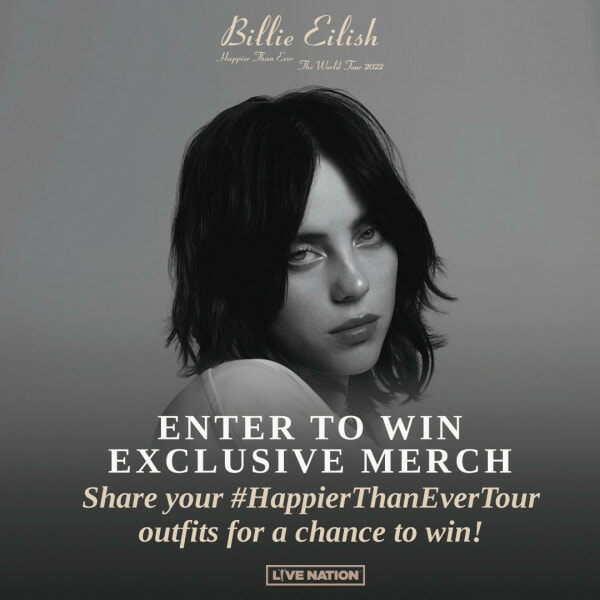 Yup, that’s right! Isn’t that exciting? Just share your OOTD and you might stand to win some tour merch to commemorate the special night you get to see Billie Eilish’s first-ever concert in KL! Woohoo~ 🥳 The giveaway is super easy to join, too! Just follow these easy steps:

Additionally, here are some other important details you need to know about this giveaway:

Now that you know all the details of this giveaway, make sure to post your submission ASAP okay!

Haven’t gotten your ticket? Get them now before it’s sold out!

The concert will be happening on 18 August 2022 (Thursday) at the National Stadium in Kuala Lumpur and tickets start from RM308 (excluding ticket fees and booking charges).

If you haven’t gotten your tickets, they are still available for purchase via the GoLive website here!

Since this giveaway is only open to ticket holders, make sure to get your tickets soon before they are all sold out! And if you’re already making plans for the big day, there are also a few things you should note such as what time you should arrive and what items will be prohibited at the venue. So, don’t forget to read through the FAQ so you can plan your day properly!

Don’t miss your chance to see this award-winning songstress in KL! 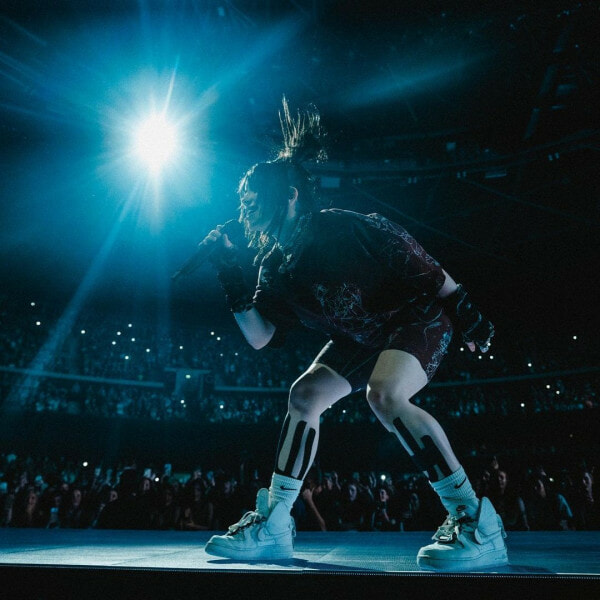 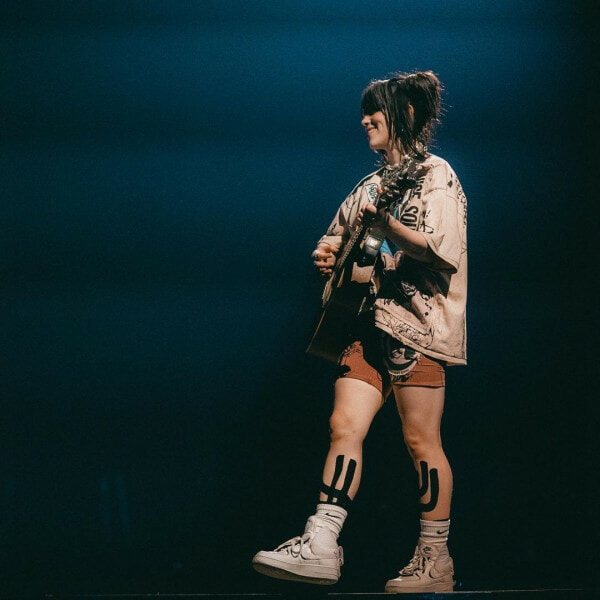 The reason why this concert is awaited by many is because it will mark Billie Eilish’s first live debut in Asia! The world tour is named after her sophomore studio album, ‘Happier Than Ever’. As the hit-maker behind global hits such as Ocean Eyes, Lovely, Bad Guy and many more, she has stolen the hearts of listeners across the world when she rose to fame in 2015 at the age of only 13 years old.

Some of Billie Eilish’s most recognised songs from her early years.

In 2020, after the release of her debut studio album ‘When We All Fall Asleep, Where Do We Go?’, Billie Eilish became the youngest artist ever to win the four main Grammy categories in the same year. Her success continues as she also became the second-youngest artist to win at the 2022 Academy awards when the James Bond song she co-wrote and performed managed to snag the Best Original Song. 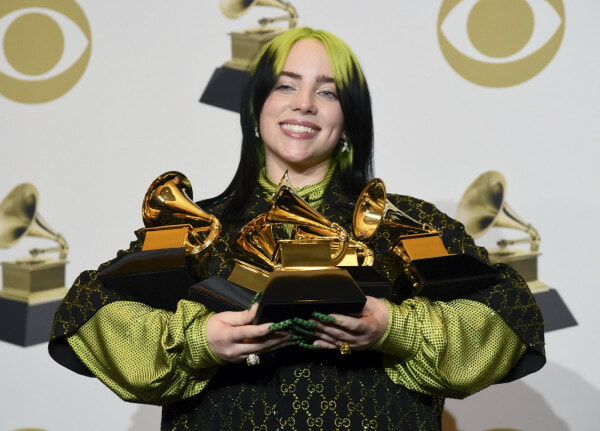 Billie Eilish when she won big at the 2020 Grammys Awards.

It’s safe to say that Malaysian fans cannot be more excited to welcome Billie Eilish to Malaysia and witness her historical first show in KL in person. So, if you’re interested to get tickets for the show, make sure to head to GoLive’s website here or the GoLive Ticketing app (available on App Store and Google Play). And if you’re keen on joining the exclusive giveaway, don’t forget to check out Live Nation’s Instagram page!