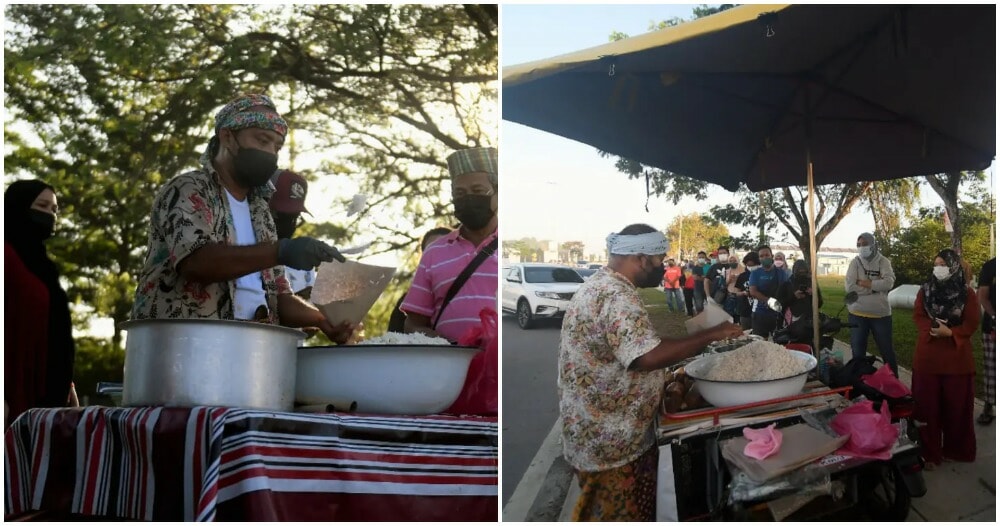 When one door closes, another one opens up.

This is the case for a former chef in a 5-star restaurant named Muhammad Khairul Nizzam Mamat, 43. 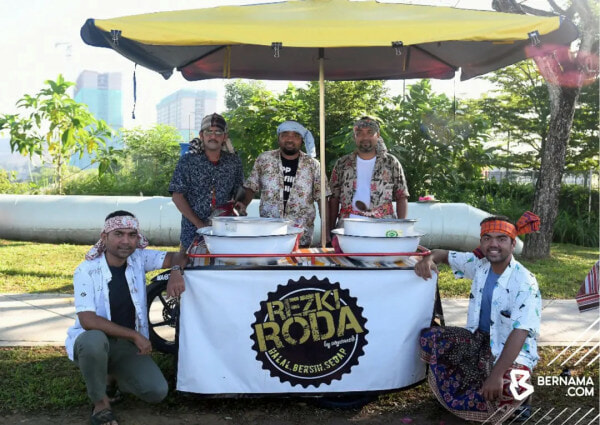 Muhammad Khairul and his helpers dress in traditional fishermen outfits to sell his nasi dagang with fish dishes. At the same time, they also play traditional Terengganu music to make it a complete package.

According to BERNAMA, it is so good that the people start queuing up at 7am in the morning just to get a taste of it! That’s some serious dedication. 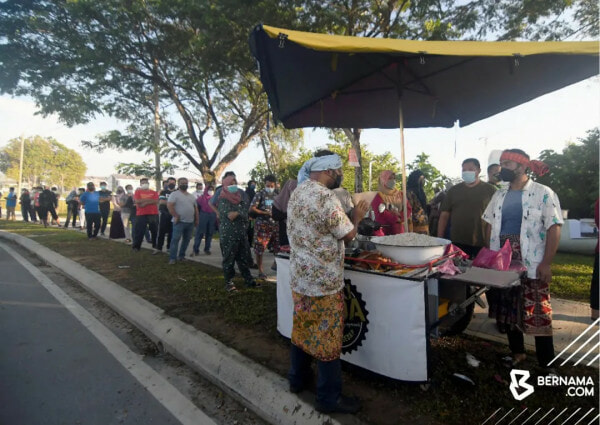 With so many people buying the nasi dagang, it is no wonder that Muhammad Khairul can finish selling 5-6kgs of it on weekdays and 7-8kgs of it on weekends within 2 hours.

According to an interview with APHD Story, it is said that Muhammad Khairul’s brother was the first one who started the nasi dagang business in the family. 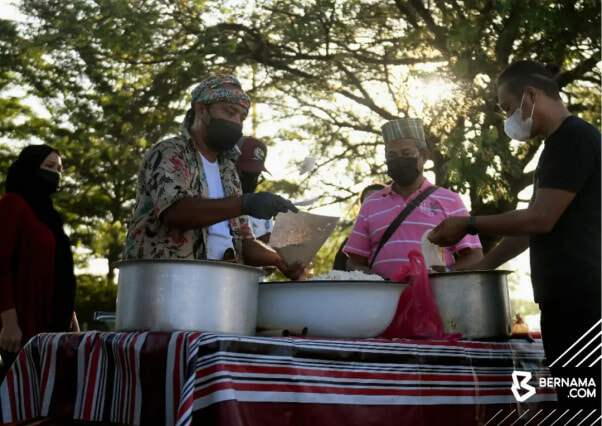 His outlet is in Sri Kembangan and the second outlet is Muhammad Khairul’s store in Puncak Alam. Their other brother will be opening up a third outlet in the Melawati area soon.

Some people (like us) are very curious about the taste but think that it’s a hassle to queue, so it’s very smart of them to open up new outlets in other places! 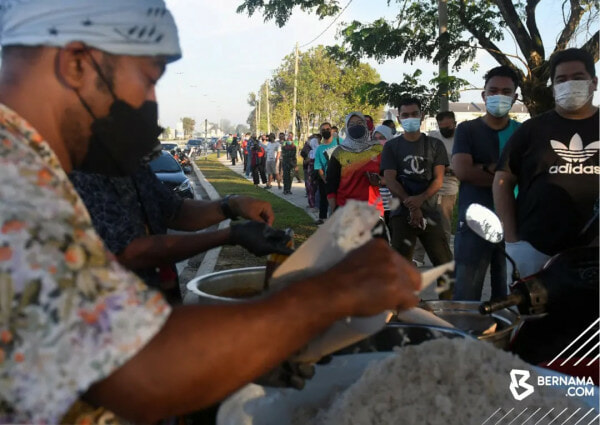 Muhammad Khairul has also said that the Puncak Alam branch will be temporarily closed as there are just too many people who came by.

Fearing health issues such as Covid-19, they will be working hard to find a new place to accommodate the volume and to get documentation from the city council, reported Sinar Harian. 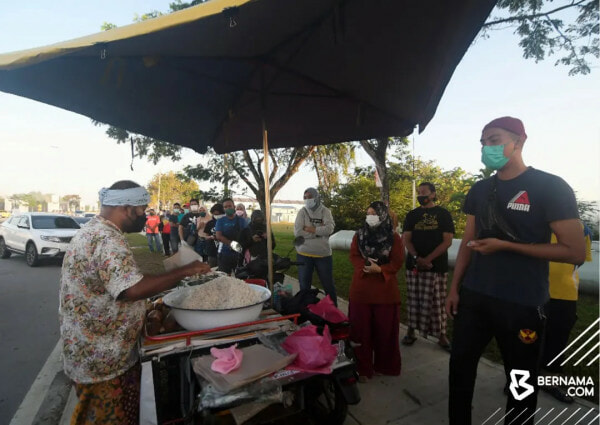 Have any of you tried this nasi dagang? Let us know in the comments how it tastes like and if it’s worth the queue!

Also read: No Need to Go to Penang! Get Your Fix of Insta-Worthy Murals in Seremban