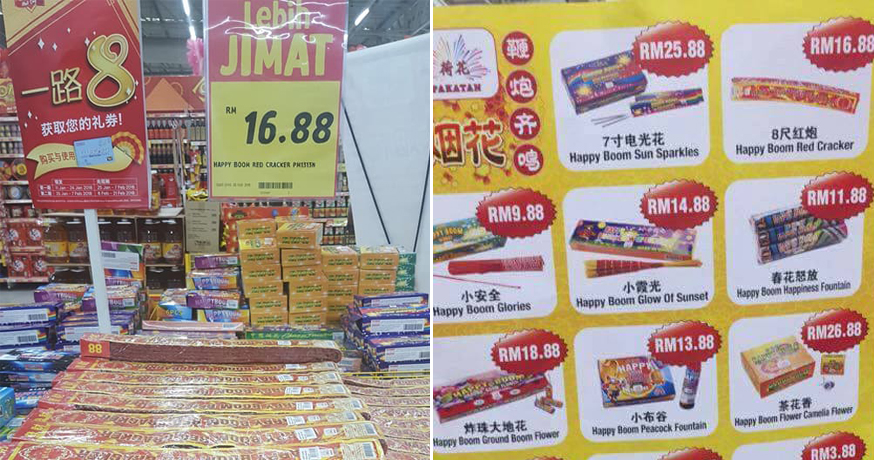 Firecrackers and fireworks have been banned by the government many years ago. So when these prohibited items were found to be sold in Tesco, it instantly stirred up a heated discussion among local netizens on the Internet.

Pictures of various types of firecrackers were widely circulated on the Internet, which included of eight-inch long fire crackers, seven-inch long sparklers, pill crackers, and even top gun UFOs. These have left netizens wondering, are firecrackers finally legal to be sold now? 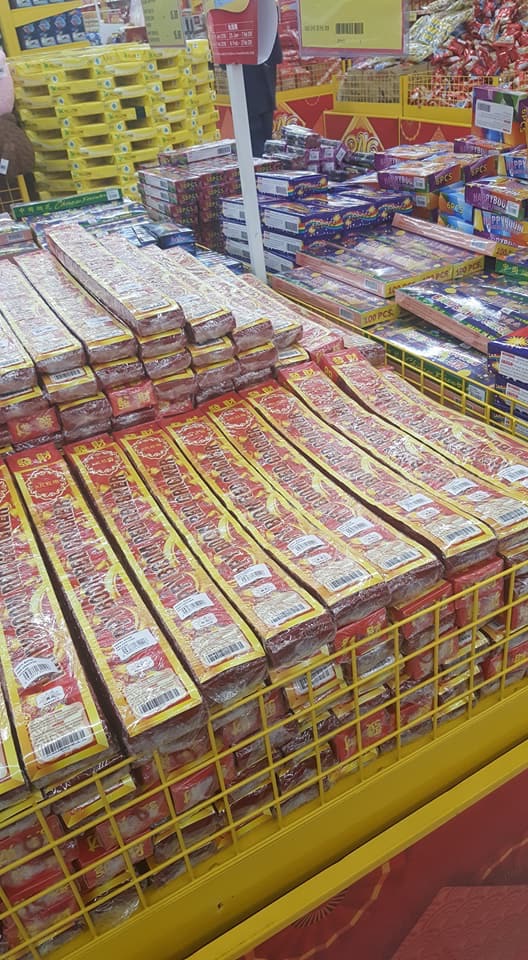 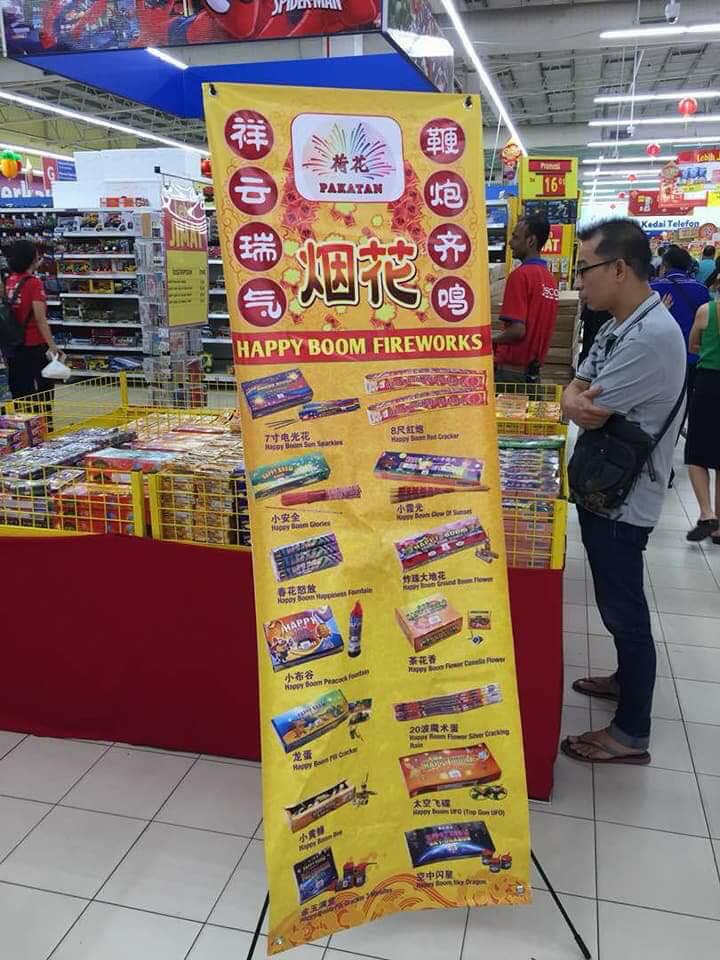 Tesco Malaysia has made an official announcement regarding this issue on January 9. According to Sin Chew, Tesco has abided the rules and regulation of trade as set by the authorities. All the goods sold are sourced from self-authorized and legal distributors. 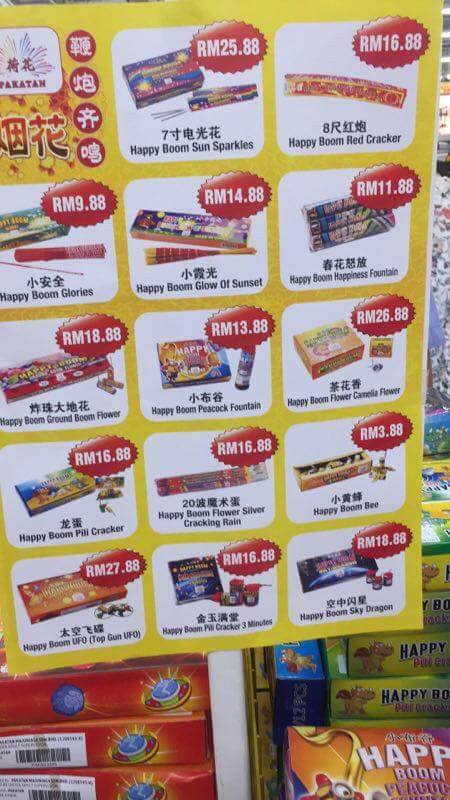 Tesco has also emphasized that all the related products sold in its retail branches had gotten the stamp of approval by the local authorities beforehand. To ensure the public safety, the public is advised to oblige to the necessary safety precautions when using these products. You wouldn’t want to accidentally set something on fire! 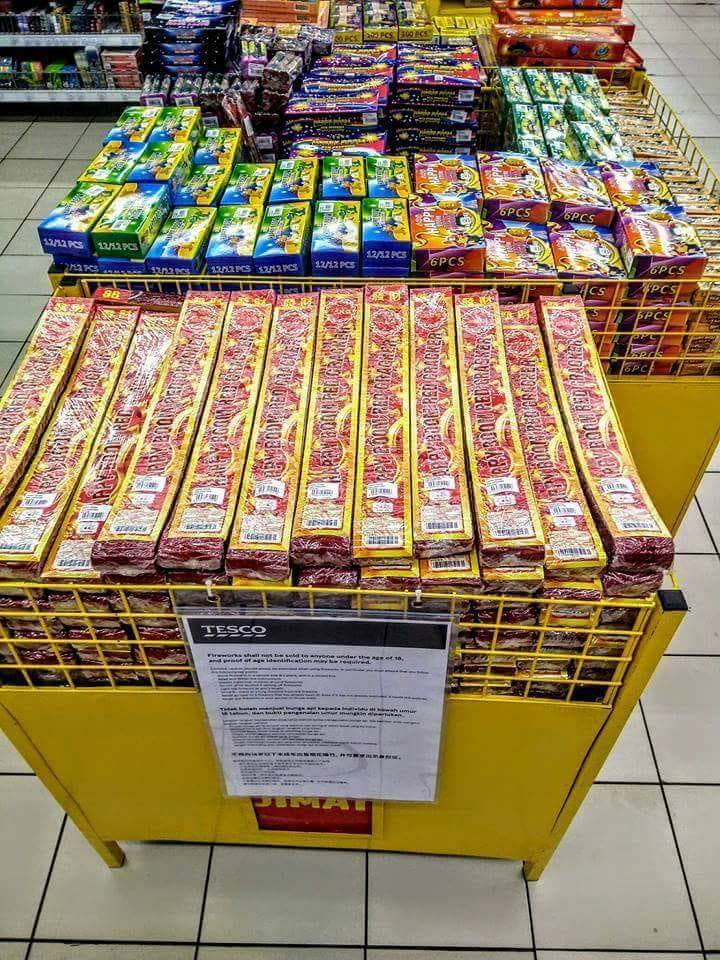 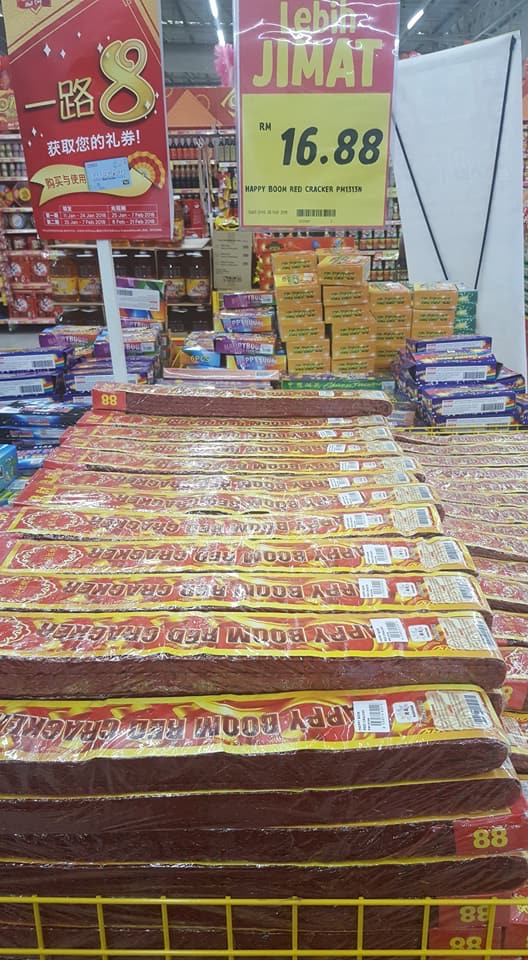 According to the Explosives Act 1957, fireworks are labelled as ‘explosive devices’ in this law. Those found to be in possession, or manufacturing or importating these explosives can be charged with a fine of RM10,000.00 or imprisonment for a term of 7 years, if not both.

Only two types of fireworks are legal up till now, which are ‘Pop-Pop’ and ‘Happy Boom/Magic Pop’. Other types of fireworks and firecrackers that are deemed to be risky and dangerous have to be submitted for permit and obtain permission or licence from the Ministry of Home Affairs. Don’t worry, the Pop-Pop from our childhood is still safe.

As beautiful and vibrant fireworks may be, we still have to stay safe alright!

Also read: Neighbours Distraught as Malaysian Shoots Fireworks at Dog Because It Bit Him 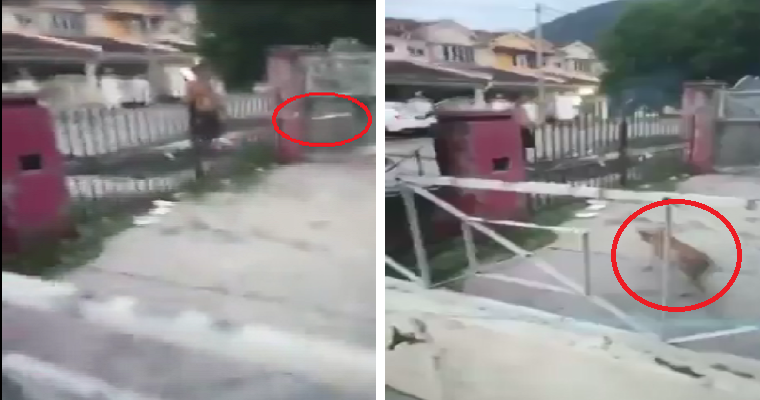