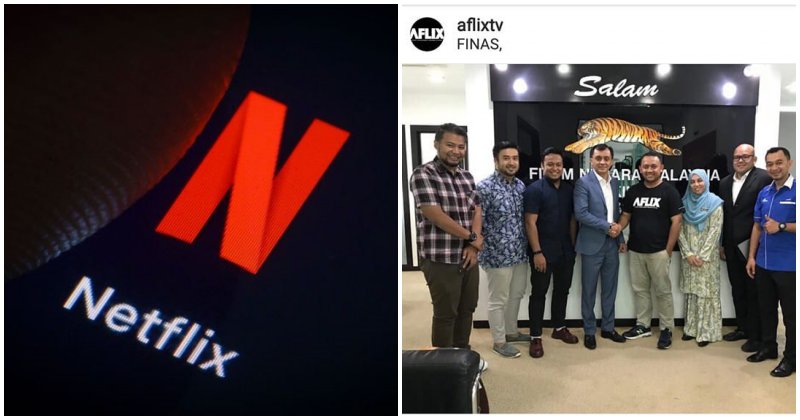 Just very recently, National Film Development Corporation (Finas) had released a statement saying they were trying to urge the government to start regulating and censoring content that was being aired on Netflix, the online streaming giant that we all know and love.

According to its Chief Executive Officer Ahmad Idham Ahmad Nadzri, this is apparently done because parents are now worried about the sort of uncensored content found on its platform that may affect the development of local youths. 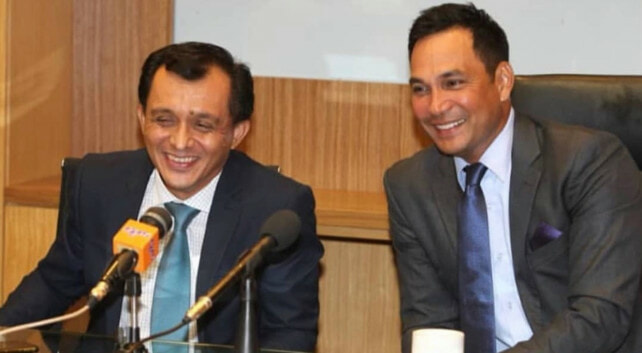 Well, apparently there might just be another reason for this sudden call for censorship on Netflix, because a Twitter post has been making the rounds over social media that shows a different side to the story altogether.

According to Twitter user @shamaineothman, it is alleged that the reason why Finas has been urging for the censorship of American streaming service Netflix is because plans are now underway for a brand new ‘ethical’ streaming service to be launched in Malaysia, called ‘aflix’. 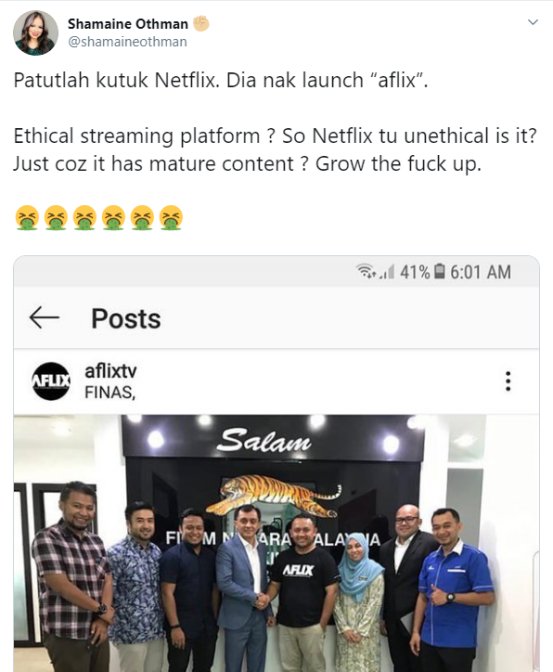 “No wonder why they were bashing Netflix. They wanted to launch ‘aflix’.

Ethical streaming platform? So Netflix is unethical? Just ‘cuz it has mature content? Grow the f*ck up.”

Her Tweet also shows a screengrab taken from the ‘@aflixtv‘ Instagram account, which shows the CEO of Finas shaking hands with a representative of the newly founded streaming service company. It is claimed that Finas has just agreed to contribute archival content onto the streaming service in a show of support to homegrown businesses.

The Twitter caption reads: “Alhamdulillah, it all went smoothly. FINAS Malaysia agreed to contribute archive content to Aflix and work together to promote Aflix to industry.

InshaAllah with the involvement of Finas in the promotion of Alix, this will be able to help more content owners to produce ethical content at a larger scale.

InshaAllah we will work together to promote Aflix as the 1st ethical entertainment platform in Malaysia.

Thanks Mr Ahmad Idham and all the crew from Finas.”

A quick search shows that the company so far has 95 follows on Instagram. The CEO of Finas has also clarified that his statement made about censoring Netflix had been meant to be part of a proposal to organise a forum or seminar with the National Council of Women’s Organisations. 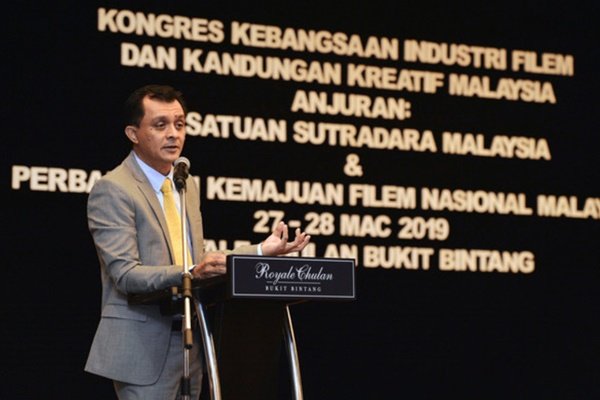 “I said I took note of complaints raised by parents in the cyber era who asked about uncensored content,” he said over his own Twitter.

But of course, netizens who caught wind of this whole incident are quick to point out the obvious conflict of interest there, given Ahmad Idham’s ties to the local film industry and this new partnership with a potential rivaling streaming service.

Well, whatever the case is, we definitely don’t think that further censorship of Netflix might do much good. After all, the parental lock is there for a good reason! 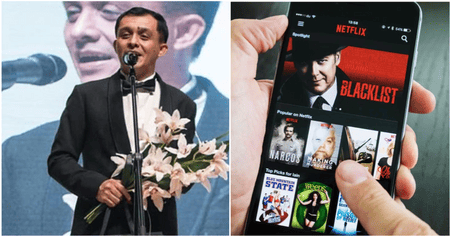