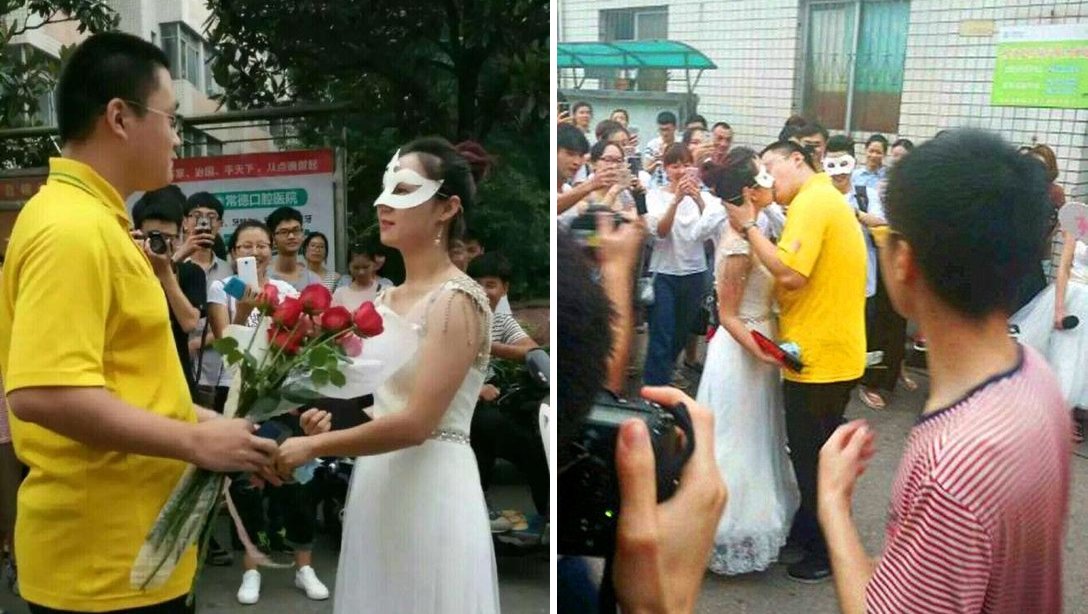 Love takes place in many different forms, be it between childhood friends, between a woman and her 9 cats, or even between a teacher and her student… maybe?

An unconventional romance between a university professor and a student unfolded and it has caused quite a stir on the internet!

The female professor from Hunan University of Arts and Science approached her student in a wedding dress with a few bridesmaids to pop the question. 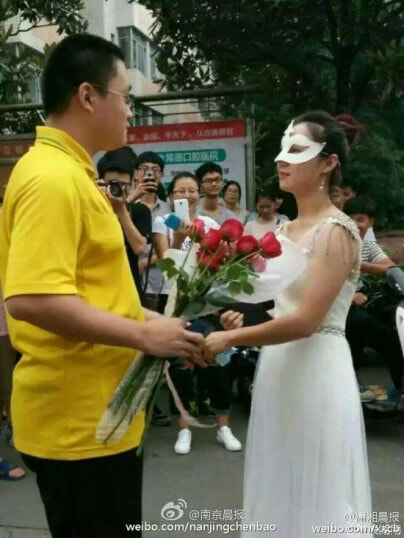 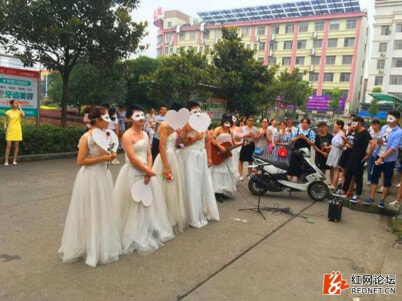 While she did not get down on one knee (gurl ain’t gonna dirty her new white dress!), she did bring roses and an audience to capture the entire engagement. Students from the university have confirmed that the two had known each other for some time now.

Not really sure what the whole mask deal is about, the professor’s proposal seems to be successful, when her casually clad lover took her into his arms, and sealing the deal with a kiss. 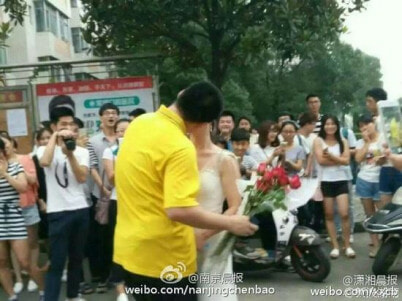 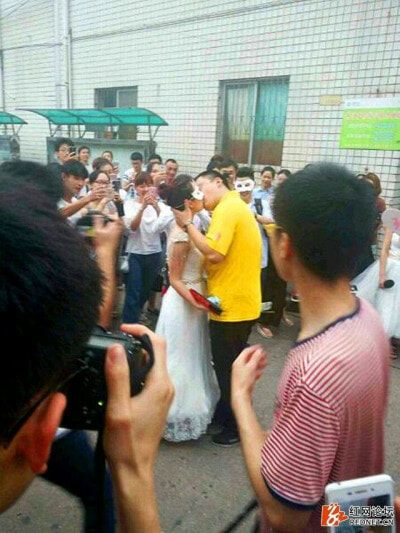 It’s not known if he was a high performing student, but from the pictures, he sure looks to be excelling in kissing.

The Shanghaiist also reported that the pictures of the public proposal have circulated the internet and gone viral. The unusual conditions of the event have generated many responses.

“Where can I find such a good teacher?” said one.

“Adult video has become reality, brother I envy you a bit,” commented another. 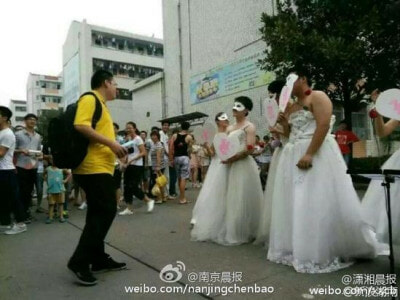 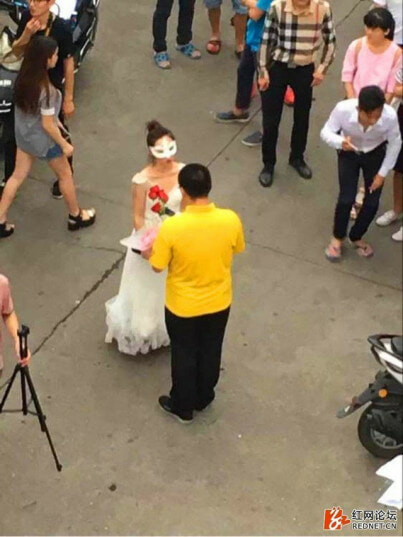 It might not be everyday that a woman proposes to a man, even more so that of teacher to a student, this clearly shows a change in the role women play in society.

Nonetheless, hats off to the ballsy lady professor. We wish them all the happiness in the world, and at least we know one student that will be graduating with a 4.0 CGPA.