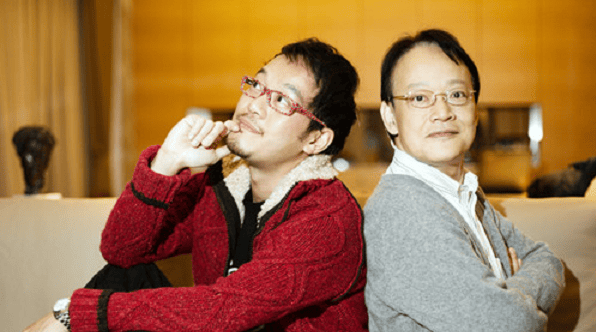 Before I finished elementary school, my entire family moved to America. Pretty soon I started junior high, and turned into a rebellious teenager.

I was a headache for all my teachers; I was mischievous, a poor learner, and a daydreamer.

Every day I dreamed of being the next Michael Schumacher — the most famous, and accomplished race car driver in the world. Eventually, my grades dropped down really low to a “C.”

Then, one day my dad talked to me about my school work. He had a mischievous smile on his face and I knew he had a plan.

He said: “Your teacher told me you’re dreaming of being the next Michael Schumacher, and you don’t like to learn, right?”

I felt the ridicule in his words, which was a great insult to a 14-year-old’s fragile dignity.

In annoyance I responded: “Schumacher is my idol; he was very much like me, a poor learner, and he even scored zero points when he was my age. But look at him now, he’s the world’s top racer.”

My dad suddenly laughed heartily, and his laughter seemed to be even more mischievous: “He scored zero points, but you have never accomplished that.

It’s always a “C!” Then he showed me my report card.

I couldn’t believe my father was laughing at me for not getting a score of zero; now I was really insulted. “So, you expect me to get a score of zero?” I asked.

He leaned back on his chair, smiled, and said: “Yes, that’s great, a very good idea! Let’s make a bet.

“If you can get a score of zero, I’ll never say another word about your schooling, and you can do as you please. However, until you have reached that point, you must follow my instructions for your schooling. How about that?”

So, we gave each other a high-five to confirm the bet.

I was laughing on the inside at the thought of having such a lovable, but stupid parent. My dad said: “However, we are talking about tests, and there must be some rules.

You must answer all the questions, so you cannot quit or leave any of them unanswered, otherwise, you are breaching our contract, OK?” That was simple, I thought, so I immediately said: “No problem!”

Soon, I had my first test. I wrote my name, and started answering the questions on the test paper. Getting a zero shouldn’t be hard, and I didn’t understand half the questions to begin with. The first question:

“Who was our president fighting against the Nazis during the World War ll; Carter, Roosevelt, or Eisenhower?” I knew it was Roosevelt, but put down Eisenhower on purpose.

Most of the questions I knew the answer to, but slowly, the questions became increasingly difficult, and I didn’t know the correct answers to some of them, so I just guessed the answers.

When I walked out of the classroom, I became very nervous; getting a score of zero was not as easy as I thought. Guessing the answers that I didn’t know still might get me points that I didn’t want, I thought.

When I got my test back I had scored another “C;” I was really frustrated. My dad said: “Please try score a zero next time. With a score of zero, you’ll be totally free!” I thought he didn’t know what he was talking about.

With such a great opportunity to help me, he chose to let me go. Anyway, getting a zero was still much easier than scoring 100, I thought. I still thought I had hope.

Soon, I got my second chance, but failed again. Then a third and a fourth… but I still got a “C.”

I realized in order to score a zero, I had to study hard so I knew that I wasn’t giving the correct answers on the test. In other words, I was learning how to answer everything correctly.

A year later, I finally received my first zero. That meant that I knew the right answer to every question, but I consistently chose the wrong ones.

My Dad was very excited that day — he went into the kitchen and cooked my favorite dishes to congratulate me on my test results.

He announced loudly and proudly: “Son, congratulations! You have finally scored a zero.” He winked at me and added: “Only “A” students know how to get a score of zero, and you probably know that by now. You have been tricked! Ha ha ha!”

Yes, my dad tricked me. In this betting game, I behaved exactly as he had expected. He had cleverly changed scoring 100 on my test into scoring 0, so I would accept it readily, and willingly work toward it. What was I thinking?

I ended up getting accepted into Harvard, and have completed my masters degree, and now I’m working towards my Ph.D. I have written a book and translated it, and have won prizes in music and performance.

When I turned eighteen I realized, I didn’t want to be another Schumacher after all; I just wanted to be the one and only me — Liu Xuan.