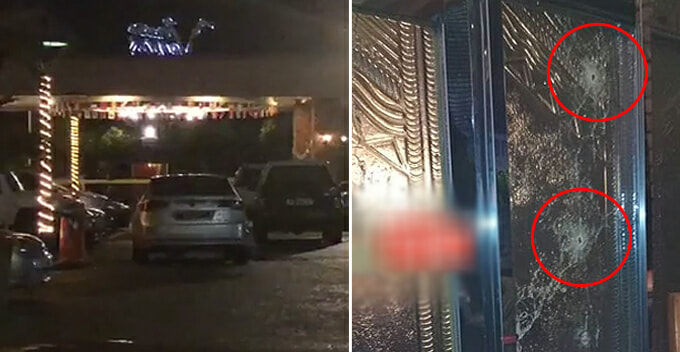 A famous night club received multiple gunshots last night (24 June), and it happened in the heart of Malaysia, Kuala Lumpur!

According to China Press and NST, this incident happened at approximately 10.50pm when two gunmen started shooting at the main doors of the night club. Although there were four staff standing by the door at that time, no one was injured in this horrifying ordeal.

It was understood that the shots were fired from 100 metres away and 25 bullet casings were counted by the police. This resulted in shattered glass doors and even bullet marks could be seen all over the wall at the entrance. Scary! 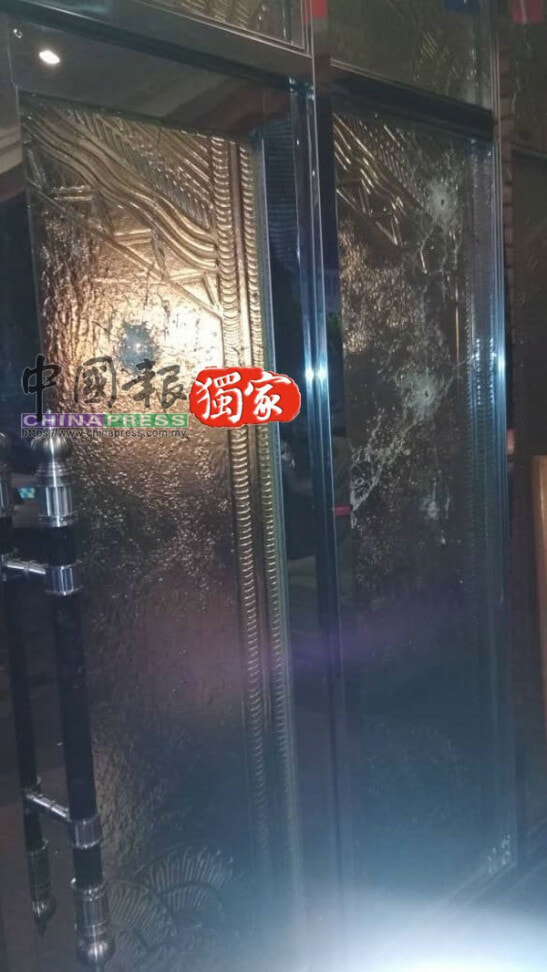 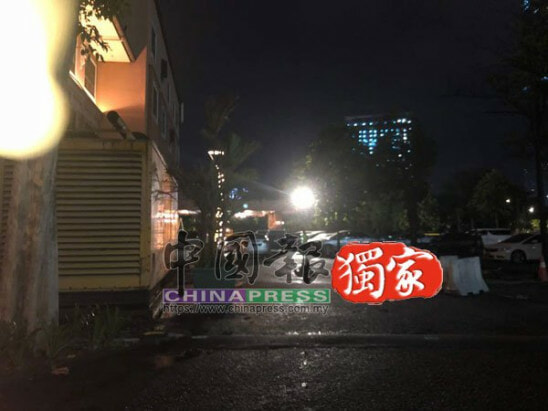 “A witness said he heard several gunshots coming from the car park fired towards the wall of the entertainment outlet.

“It is believed that the suspected duo had fired the shots towards the outlet entrance. There were four staff at the entrance and reception area at the time,” City Crime Investigation Department chief SAC Rusdi Mohd Isa said.

During the time of the incident, the security guards heard loud noises and thought someone was playing with firecrackers. They were only aware of the shooting when the police arrived at the scene.

The crime scene has been cordoned off with yellow tape and a K9 unit has been deployed. According to reliable sources, China Press reported that the motive of the shooting could be due to business rivalry and the shots were meant to serve as a warning, and not to harm anyone. Still!

The shooters fled the scene immediately after firing the shots.

At the time of writing, the name of the night club has yet to be revealed but netizens are suspecting that it’s De Vegas in Bukit Bintang based on the pictures taken by China Press.

Hopefully the police is able to solve the case asap before another shooting happens. Stay safe when you’re out partying during the weekend!

Also read: Businessman Stops at Traffic Light and Gets 3 Gun Shots Fired at His Car in Seremban