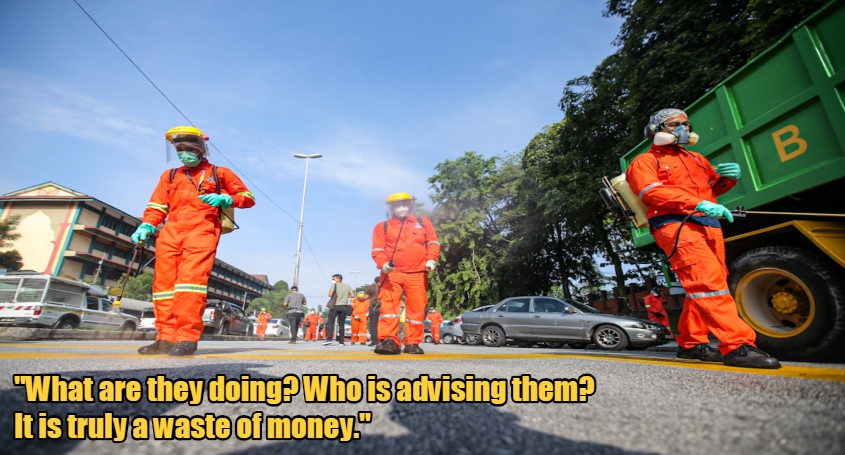 As of late, the country has begun its nationwide disinfection operation. Commendable efforts as it is, there are a handful of leaders and experts that have some concerns about the entire process. 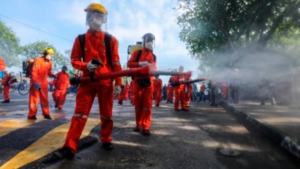 According to NST, former deputy Health director-general Prof Datuk Dr Lokman Hakim Sulaiman, was taken aback when he saw an operation video of a liquid being sprayed onto road surfaces. He strongly disagreed with the methods and explained how authorities should be disinfecting frequent touch-points like doorknobs, lift buttons and escalator railings instead.

“What are they (the personnel) doing? Who is advising them? (It is) truly a waste of money,” he said.

“How are the roads and road curbs being contaminated? By infected people coughing onto them en masse? Even if road surfaces are contaminated, how could they get to your face?”

“By people scrubbing their hands on the contaminated road surfaces and touching their faces?” 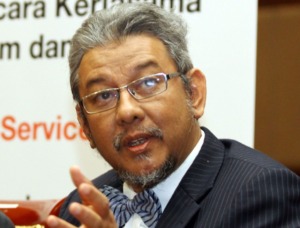 “On what basis or evidence are they doing that (disinfecting roads)? Yes, they might say that they are following the standard operating procedure (SOP), but who prepared the SOP and who endorsed it?”

“And look at the crowd (observing the operations). This publicity bliss is already putting many people at risk.”

He then went on to say that the money spent could well be used for other more meaningful purposes, like for hospital staff who are preparing their own Personal Protective Equipment (PPE).

Another expert, Emeritus Professor Datuk Lam Sai Kit who is a virologist also noted that roads are unlikely to be contaminated with the virus. He too believed that contamination will be most likely on surfaces or areas that hands have come in contact with. 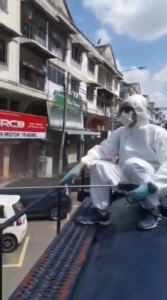 “(Spraying roads) may even be a waste. Personnel should be trained to disinfect places where (droplets containing the virus) are likely to fall and be the source of infection. Not roads,” he said in a WhatsApp reply to NST.

“From the photo (where personnel were spraying roads), it appeared that they are washing the road. I hope there was no aerosol created with the jet of water used and people mingling around as shown.” 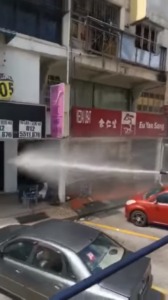 “What is this? Is this effective (in killing the virus)? Or is it a mere waste of resources and disinfectants, besides creating a false sense of security?” he wrote.

Since then, there has been no comments from the Ministry of Health regarding the matter. But for the time being, what do you think? Let us know in the comments!

Also read: Will The MCO Be Extended? That Depends On Malaysians’ Discipline & Obedience 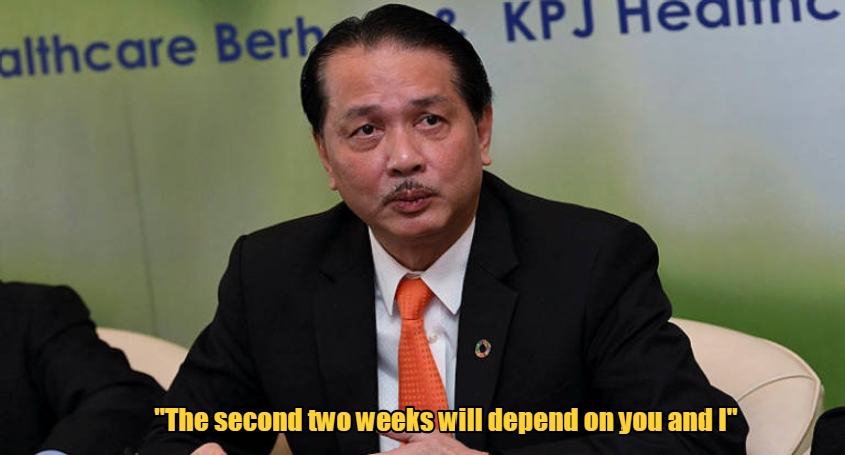