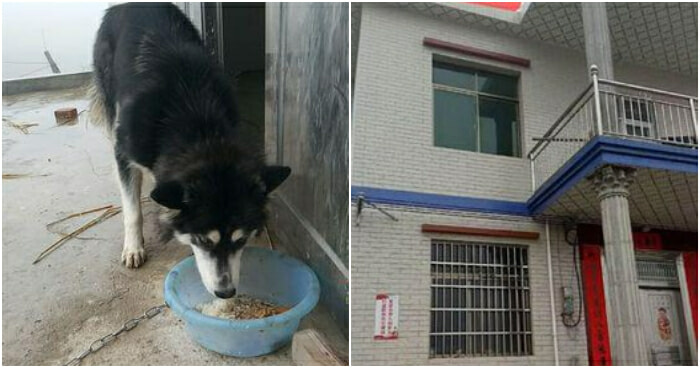 Dogs throughout the ages have been known for their overwhelming displays of affection and loyalty towards humans, but this latest one might have gone a little overboard. In Beijing, the 67-year-old owner of a Siberian Husky received a gesture of affection that was a little too enthusiastic, when his canine friend got overly excited and leaped on him from the third floor of the building! The incident occurred on February 9 (the 5th day of Chinese New Year), when the dog’s owner had gone out to visit his relatives. Upon seeing him, the Husky was so happy it jumped down from the third floor (67 metres high), and knocked his owner unconscious upon impact! The Husky actually meant to greet his owner but the impact was so strong, that it even broke his owner’s cervical vertebra (the seven bones of the neck), as reported by China Press. That certainly sounds painful! Following that, the elderly man was rushed to the hospital by his relatives. When asked to recall the incident, the dog’s owner said he initially thought a wall up ahead had collapsed. In an interview with Sina, he said,

“We (My family and) were on our way home together, and just as we arrived at the ground floor of our building, I was knocked unconscious by something that fell from the sky.”

When we say that dogs are blessings sent from heaven, this is definitely not what we have in mind!

It was also learned that the Husky was adopted a few months ago. Although the owner does not blame his pet dog, he has since resorted to tying him to a chain leash to keep him in check.

We really hope both the dog owner and his adorable Husky are alright! If you own a large breed of dog, always make it a top priority to train your beloved pet, especially if you don’t want them causing a ruckus like this!

Also read: This Heroic Dog Got Stabbed in the Head & Almost Died While Saving its Owner From Attacker 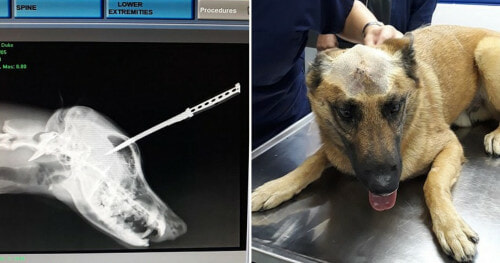