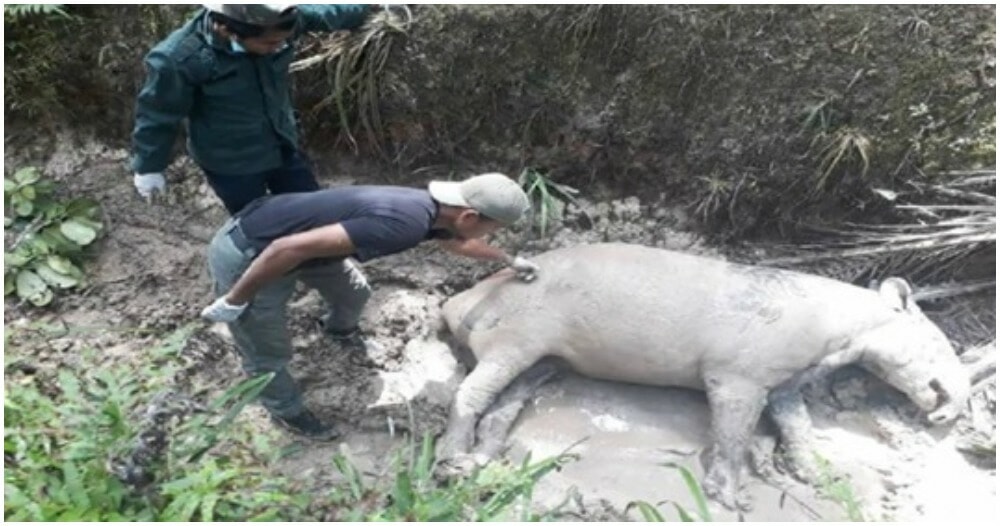 Tapirs are endangered animals because of human activities that take place in their habitat. So there are currently just 3,000 tapirs left in this world and the death of a tapir is certainly a big loss.

According to Harian Metro, a tapir was found in a ditch with a stab wound in a palm oil plantation by a few plantation workers. 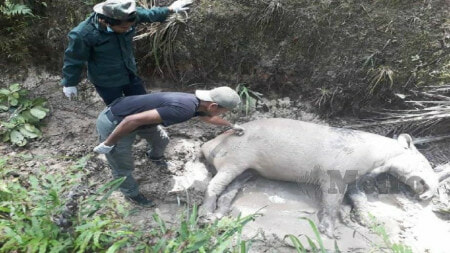 The Pahang PERHILITAN director said that they received a call from plantation workers yesterday (22nd April) morning about a tapir being stuck in a ditch.

Four PERHILITAN members and five members of the Civil Defence Force were dispatched to rescue the animal. However, when they reached the scene, they have found that the adult male tapir is too weak. The 320kg animal couldn’t even stand, has unstable breathing, a pale tongue and some serious muscle cramps. They have also discovered a deep stab wound.

“We have detected a serious injury on the tapir’s right back. It is 5.08cm wide and 2.54cm deep. This injury has caused its kidney to be damaged.

The injury is believed to be caused by a sharp weapon wield by an irresponsible individual about a week before the discovery of the animal.”

The PERHILITAN director added that the efforts to save the animal was in vain as it passed away an hour after it was discovered. It was just too weak and there might have been an infection in the kidney. The animal corpse will be sent to the Wildlife Conservation Center in Jenderak Selatan for an autopsy to determine the cause of death. 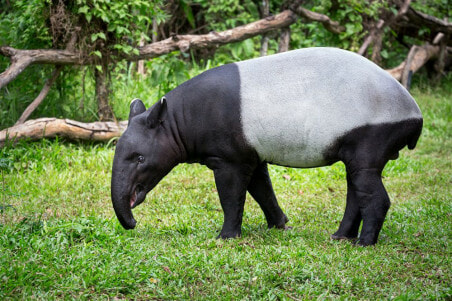 This is certainly very sad news, we hope that justice will prevail and they will be able to find the person who stabbed the innocent creature! 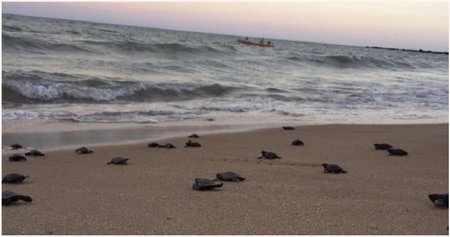