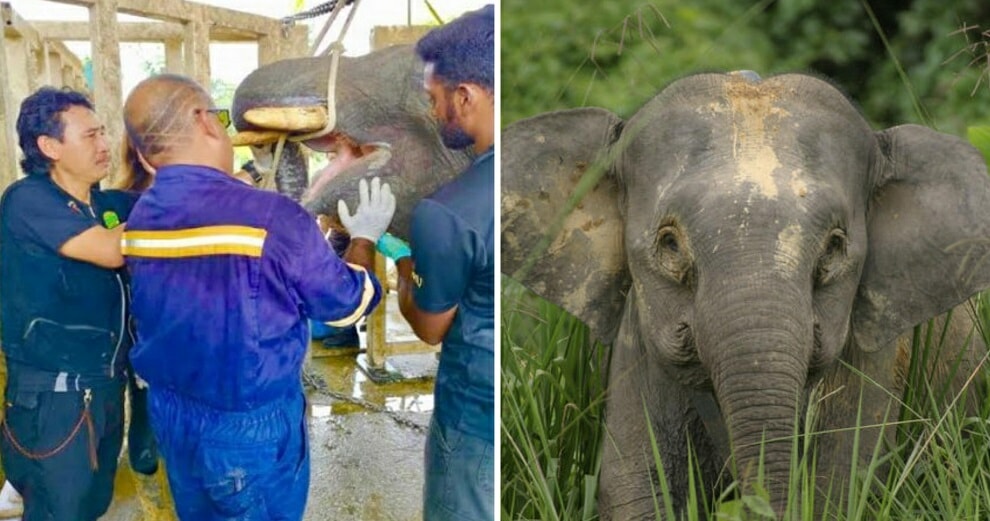 Toothie, the 8-year-old elephant, reportedly suffered from a severe dental condition. According to the New Straits Times, the elephant was rescued from Sabah Softwood Plantation on 21st March earlier this year when it was found with an abscess on its lower jaw. Toothie also was not able to close its mouth. 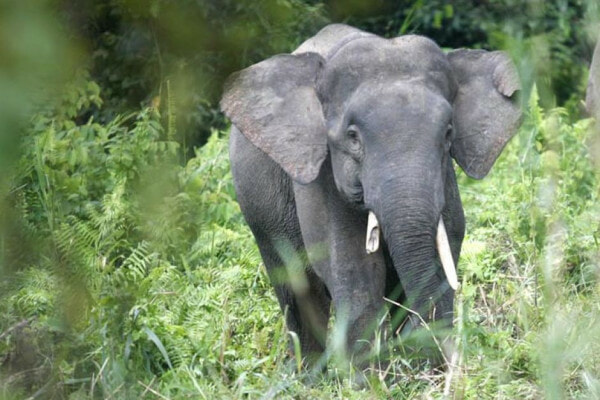 A veterinary team from the Sabah Wildlife Department (SWD) and Wildlife Rescue Unit (WRU) explained that it was hospitalised and given a modified diet in hopes that the elephant’s condition would improve.

An X-ray revealed that the elephant’s lower jaw had completely fractured, which caused the dental condition. It is suspected that Toothie’s broken jaw was very likely caused by a massive blunt force trauma, probably from a vehicle.

The elephant was then brought to the Kinabatangan Wildlife Sanctuary, where it was kept in captivity and treated for three months. Sadly, its condition did not improve as Toothie’s fracture did not heal properly.

This resulted in a permanent deformity that made it difficult for Toothie to eat without any assistance. Sabah Deputy Chief Minister Datuk Christina Liew was quoted as saying,

“Releasing Toothie back to the wild was a rejected option as he would not be able to feed and sustain himself. Instead, it would contribute to a slow and painful death.” 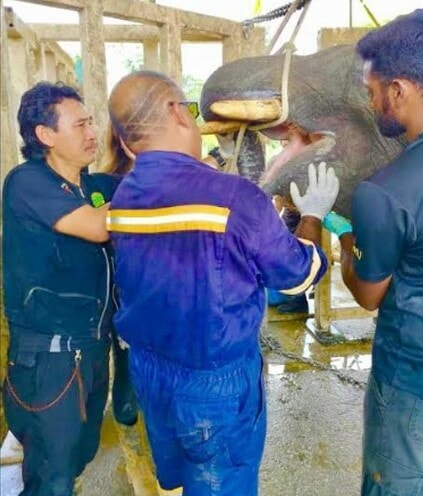 The minister also mentioned it was decided that the elephant should not undergo corrective surgery because it was costly and not guaranteed to be successful.

So, to put the animal out of its misery, Toothie was euthanised at 12pm on Tuesday.

What a heartbreaking story! If Toothie’s fracture was in fact caused by a vehicle, we hope that whoever is responsible is apprehended and punished appropriately. We have to do more to take better care of our wildlife! RIP, Toothie.

Also read: Pregnant Elephants Found Dead In Kluang, Believed To Have Been Poisoned 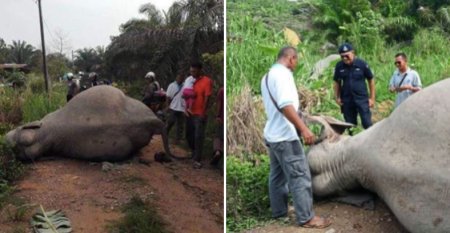