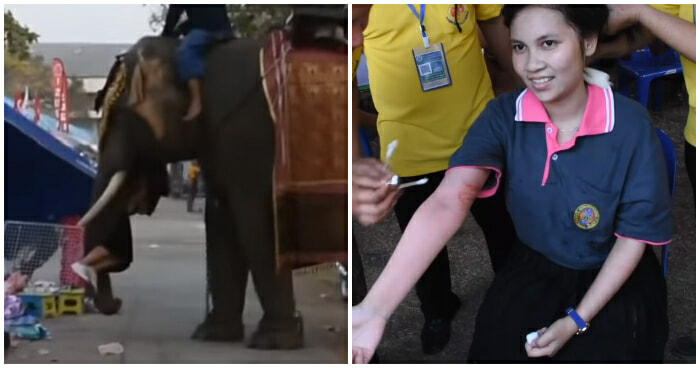 Not the elephant selfie she was expecting!

Recently, 19 year-old Nichanat Manucham’s photo op with an elephant at a country fair in Surin (northeast of Thailand), took a twist – literally – for the terrifying when it started wrapping its trunk around the Thai native. Phan Thong, the elephant, grabbed her body, lifted her in the air and went on a rampage through the nearby food stalls, all while holding the young girl captive.

The full footage of the incident can be seen here:

Luckily for Nichanat, she was quick witted enough to hold on to the elephant’s tusks, thus making sure she would not be flung far away and suffer greater injuries, as reported by China Press. All in all, she held on to dear life for nearly two whole minutes before Phan Thong finally calmed down, at which point Nichanat was able to wrest free from his tusks. Those must have been the two longest minutes of her life!

Due to her smart thinking, Nichanat escaped mostly unscathed, save for a few minor grazes on her arm. The brave teen was even pictured smiling as she called her mother, mere minutes later. 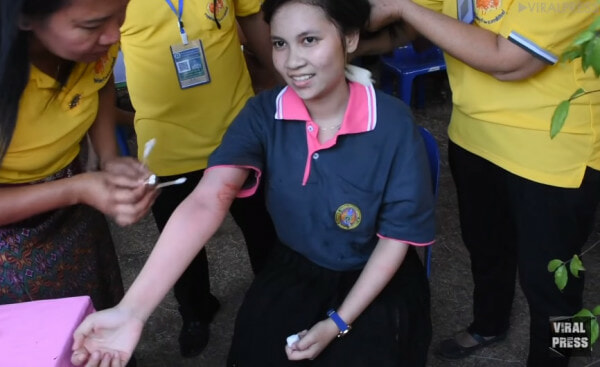 Later on, Nichanat was able to speak to the press, and even apologised for causing the disturbance, The Daily Mail reported.

“I could hear the elephant breathing and smashing the tables. I was scared but I just could only think about holding on. Then people came to help me get down,” the teen recalled.

Police have since gone on the record to state that the elephant’s frenzied rage was most likely the result of the swelling heat and the noise from the crowded country fair.

As unfortunate as this incident was, we’re glad the girl wasn’t badly hurt! If anything, we think it sheds light on the plight of elephants used for entertainment in Thailand. Many of these gentle giants live in less than favourable conditions, so remember to think about what you’re supporting before you sign up for that elephant ride/elephant photo op!

Also read: Those Returning to M’sia From Thailand Have to Go Through Temperature Scanner, Here’s Why 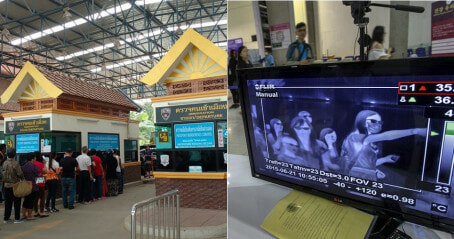