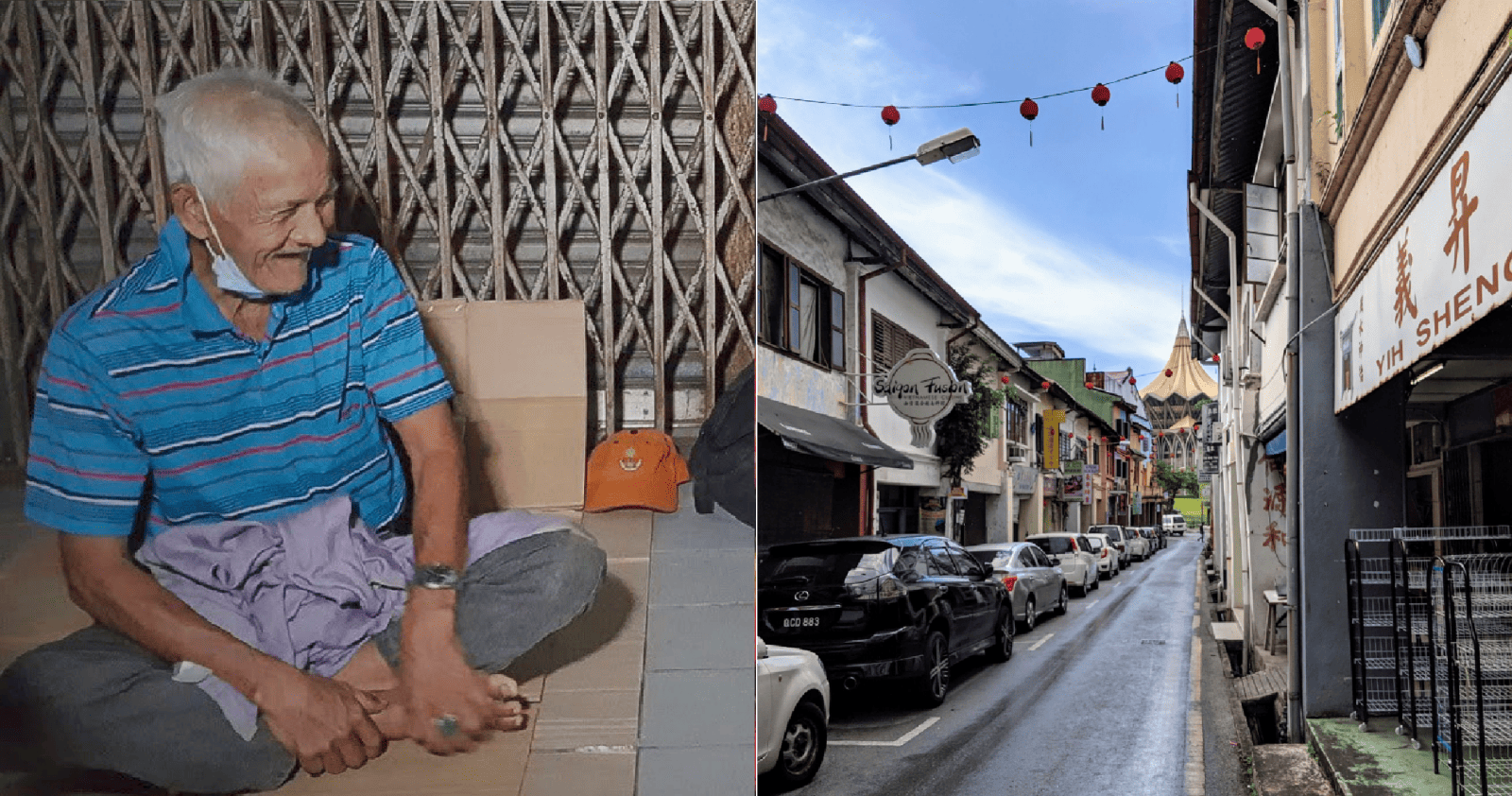 The elderly man travelled from Sebuyau to Kuching just to collect the BPN aid but because he came before it was processed, he had to sleep on the sidewalk 🙁

A senior citizen from Sebuyau, Sarawak had to sleep on the sidewalk in Kuching just to get the Bantuan Prihatin Nasional (BPN) cash aid from the Inland Revenue Board office because he did not have a bank account. This was after he travelled all the way from his home in Sebuyau to Kuching with little cash in hand and can’t afford to pay for any accommodation while waiting for the BPN aid to be processed.

As reported by MalaysiaNow, the 73-year-old man, Akau Rabi made the approximately 110km trip from his village to the city of Kuching with only a small hand luggage containing his wallet and some clothes. Akau didn’t have much cash in hand and had spent RM40 for the ‘van sapu’ trip to Kuching.

He intended to collect the RM350 BPN aid in the Inland Revenue Board office in Kuching as those without a bank account need to physically collect the cash aid. However, like many Malaysians, Akau did not know when the BPN cash aid would be processed or whether there would be any delay hence he made his way anyways. 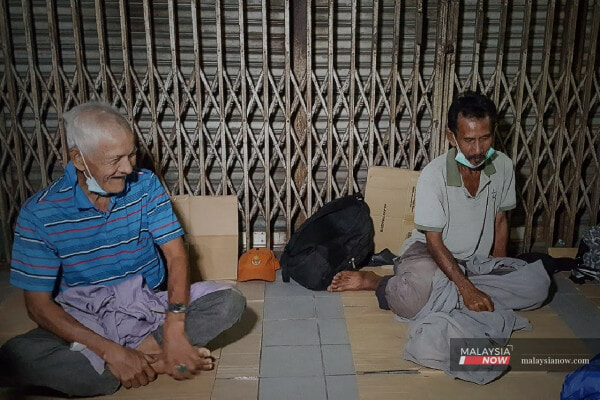 Akau Rabi (left) on a sidewalk in Kuching when interviewed by MalaysiaNow.

Akau also commented that he was told by villagers that the cash aid could be collected by the end of January but because there was no specific date, he braved the journey and ended up sleeping on the sidewalk for 5 days.

When interviewed by MalaysiaNow, Akau said,

“With only a little cash in hand, it would be difficult because I cannot afford to spend that much just on transportation to commute daily from Sebuyau to Kuching.”

“I cannot go back home because I haven’t received the cash assistance… The only choice that’s left is to sleep in the streets.”

Akau’s story has since garnered a lot of attention with many questioning why the government haven’t made the cash aid easier to collect for people like Akau Rabi.

In a Facebook post, former Batu Pahat MP and UMNO Supreme Council Member, Dr Mohd Puad Zarkashi said that the government should come up with a simpler procedure for the rakyat, especially in rural areas to receive aid. He said,

“His village has no ATM. He has to physically come to LHDN offices in Kuching. Just imagine someone of his elderly age who has to come and sleep on the sidewalk… Doesn’t the government have any method to make it easier for those in rural areas to receive aid?”

What do you guys think of the story of Akau Rabi and others in a similar position as him? So share your thoughts with us in the comments.

Also read: “Please be patient” Finance Minister Says BPN 2.0 Payment Will Be Credited In One Week 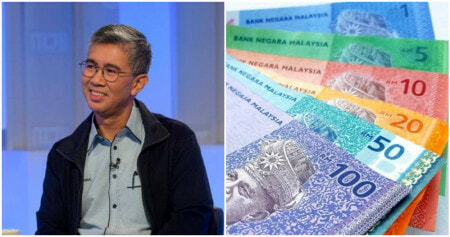