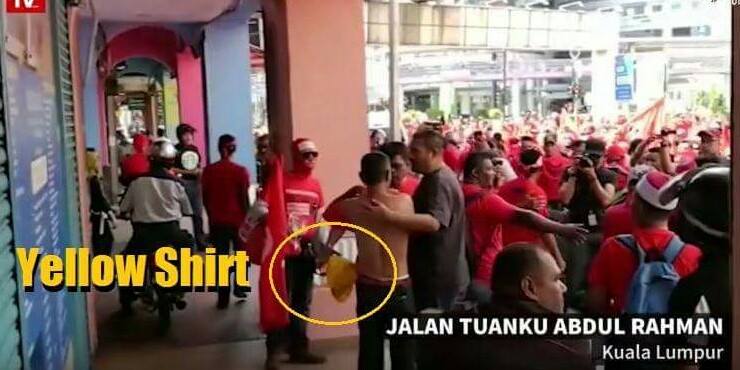 During the Bersih 5 rally that took place on November 19, 2016, an elderly man was apparently forced to change his shirt by the Red Shirts gang, Milo Suam reported.

Initially, the older man can be seen wearing a yellow shirt to show support for the Bersih 5 rally. However, a gang of rowdy Red Shirts got hold of him and forced him to take off his yellow shirt to wear a red one instead. 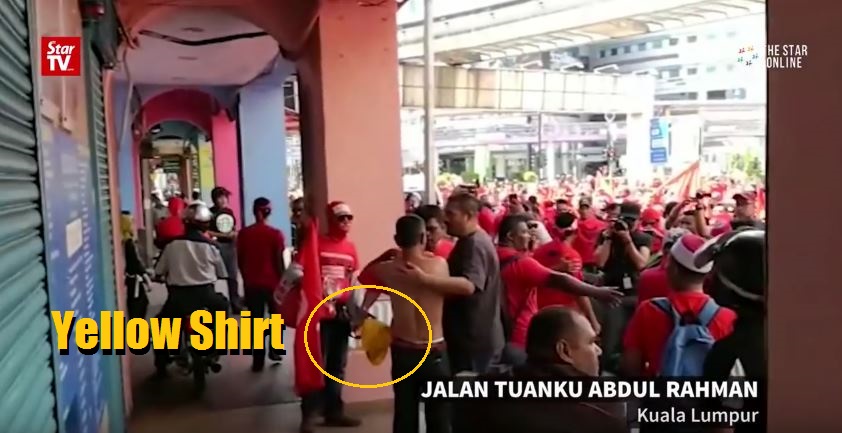 The first video depicted the samseng-like behavior of the Red Shirts. They were screaming and yelling at the press to move on and not record their shameful action. 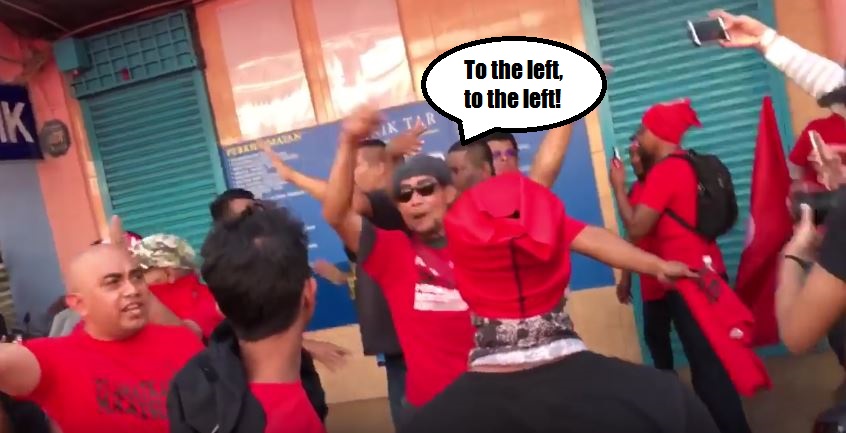 From a different angle, the Star team was able to record the man changing into the red shirt. However, before the poor elderly man was able to put the shirt on properly, the Red Shirts people pushed him away from all the attention!

The videos gained a lot of attention from angry netizens as these bunch of people were obviously bullying a lone elderly man.

After watching this outrageous act, netizens could not help but express their disgust at the Red Shirts.

“The uncle is so old but still want to bully.”

“There is no wrong in calling them monkeys. They really do behave like monkeys.”

Watch the elder man being forced to wear the red shirt here: