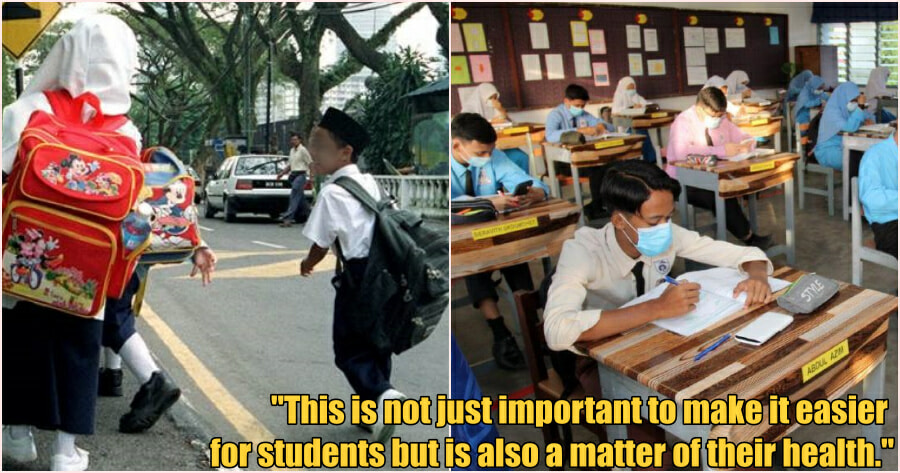 Schools in Malaysia appear to be in dire need of reforms. From subject choices to bullying, the list goes on and on.

One of the major issues that many schoolchildren face is having to carry heavy backpacks filled with textbooks of various subjects.

The Education Ministry has been urged by parents, rights groups and politicians to do something about it as there have been plenty reports that schoolchildren have had physical injuries due to years of carrying schoolbags.

According to Education Minister Datuk Dr Radzi Jidin, the ministry is working on a holistic framework to address the issue of heavy bags in schools. 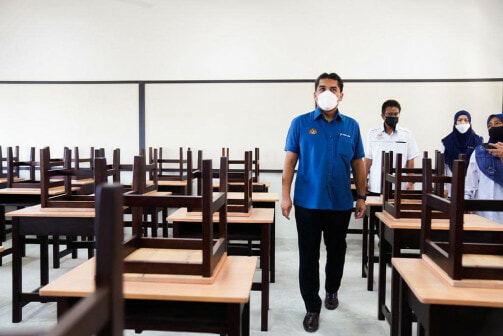 After launching the Sekolahku Sejahtera concept on Monday (21 February), Radzi said that among the contributing factors to the problem were schools that have too many subjects in a day and students bringing too many books that are sometimes not used.

“We cannot just instruct schools to reduce their subjects, therefore, we are studying this issue in detail one by one. There are different aspects we need to consider, such as schools not having enough teachers.”

He also stated the ministry has discussed the matter with the Department of Islamic Development (JAKIM), to allow students who take Agama lessons in the evening to wear their school uniform as a way to reduce the amount of items they carry in their bag.

Politicians have stepped in to offer solutions

The issue has been circulating on social media where many have suggested solutions to overcome the issue. Among them was former education minister Dr Maszlee Malik who commented on the issue via a video on Facebook.

In his video, Maszlee mentioned that back in 2018, the ministry released a circular on the issue urging schools and teachers to prepare a more flexible timetable to reduce the weight of schoolbags.

“In 2019, the issue seemed to fade, then Covid-19 happened and now that students are returning back to school, the issue has propped up again,” he explained.

“Now we should refer back to the circular but update it and give autonomy to the schools. Maybe they’d decide not to have textbooks at school, or maybe you can leave them at school.”

As another solution, Maszlee also stated that schools should embrace digital education and that the relevant ministry must ensure that there’s stable internet connection at every school.

Meanwhile, MUDA’s sec-gen Amira Aisya who will be contesting in the upcoming Johor elections suggested that the government should look into e-books to help ease the burden of schoolchildren

Other solutions suggested by Malaysians

Meanwhile, as the topic has been heavily debated online, Malaysians have offered a number of potential solutions to the problem.

Another user suggested that the government look into splitting textbooks by chapters into smaller books so that students don’t need to bring the whole book.

On the other hand, some Malaysians believe that reducing the syllabus is the way to go. “The syllabus is as heavy as their bags,” commented one user.

What do you think is the best solution? Let us know in the comments. 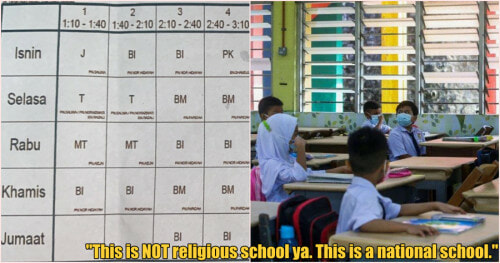