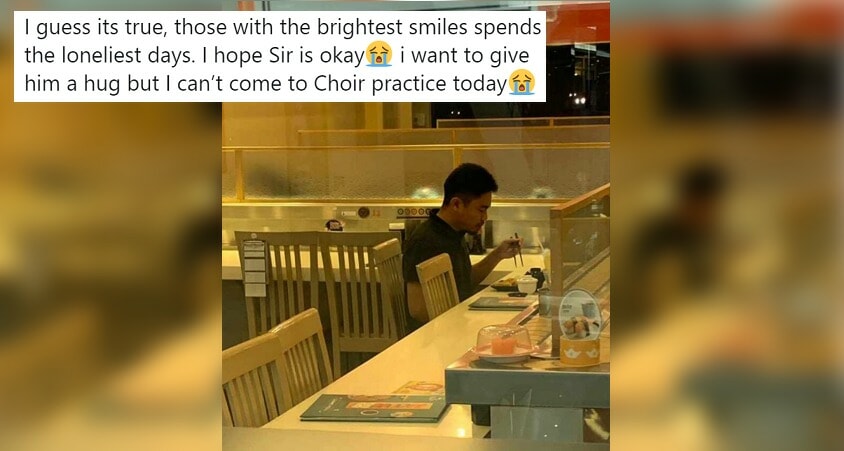 For most of us, it’s normal to eat alone than to feast out with a group of friends. Some people may feel insecure to eat out by themselves because the fear of being judged by others, but there are many of us who like to enjoy some silent me-time while filling up our stomachs.

A fellow Malaysian netizen had sparked discussions on Twitterjaya because he posted a photo of his teacher eating alone. Other than sharing the photo, he also stated how lonely it must to be eating alone. 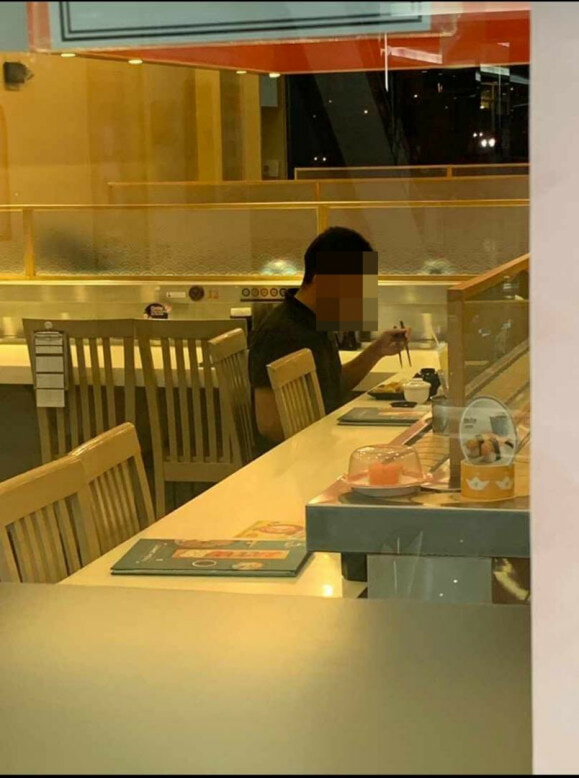 From the photo, we could tell that OP was sneaking a photo of his teacher without the latter knowing. After the snap, he texted his teacher about it and we assume OP was concerned about his teacher’s well-being. This student later shared a screenshot of his teacher’s reply:

We absolutely agree with the teacher’s response, and it’s important to respect someone else’s private time too!

In his caption, he made a somewhat bold assumption about how “people with the brightest smiles spend the loneliest days”. We could see that he adores his teacher a lot and that he wanted to give him a hug. However, his tweet was swarmed with replies by other netizens, telling him that it’s A-OK to eat alone. 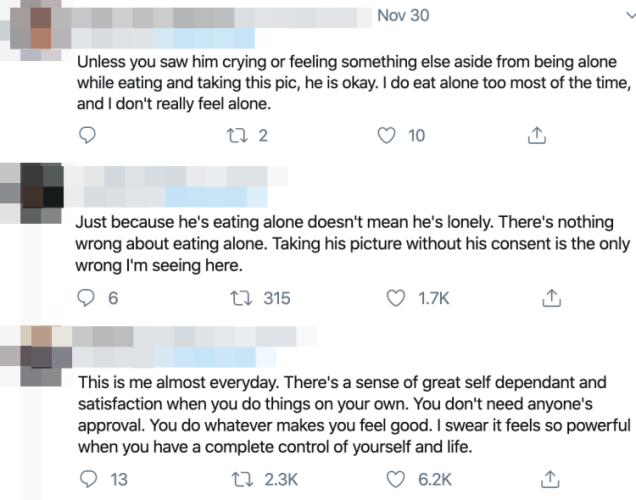 Many people defended how being alone definitely does not mean feeling lonely, and people who eat alone don’t actually feel lonely. Doing things on their own gives a sense of independence and power, and it implies having complete control of their lives. Admin also gotta admit that it does feel nice to spend some time alone.

Netizens were quick to point out that OP shouldn’t have taken a photo of his teacher because it was rude to do so without his consent. Besides, they were also worried about how their photos will be taken when they eat alone because of people like OP.

What do you think about eating alone?

Also read: This M’sian Restaurant Matchmakes You With Other Diners So You Don’t Have to Eat Alone 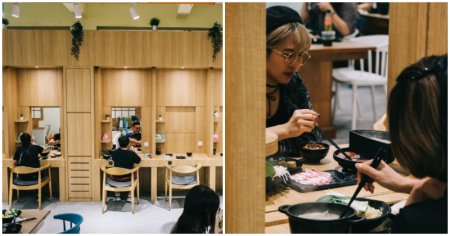