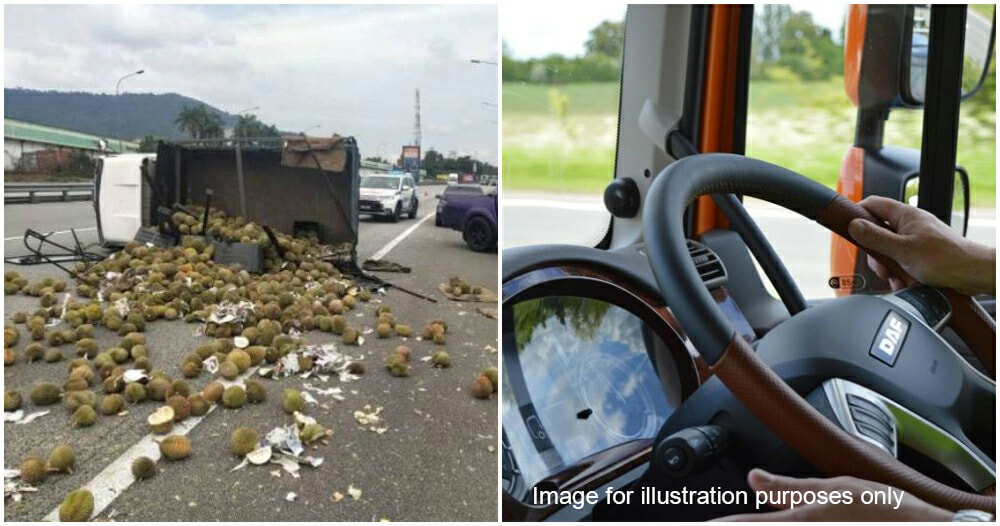 Imagine if this happened on a residential street!

A lorry loaded with 1,000kg of durians heading to Kuala Lumpur from Segamat overturned in an accident at Kilometer (Km) 279.9 of the North-South Highway (Northbound) near Nilai yesterday (23 June) afternoon. 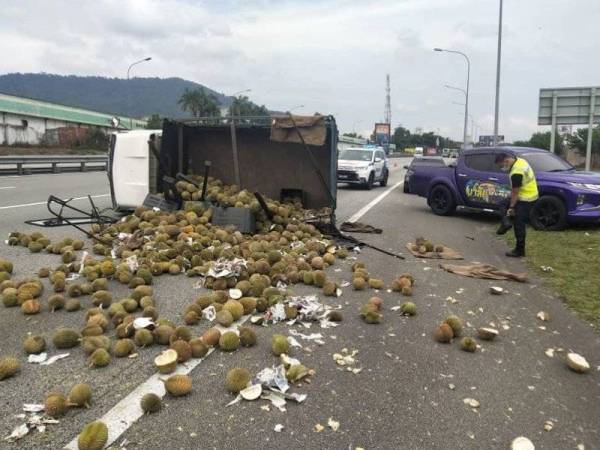 He added that the accident happened when the 25-year-old lorry driver lost control after the rear tire on the left side of the lorry exploded. The lorry then skidded and overturned in the left lane of the highway reported BERNAMA.

“As a result of the accident, the lorry driver and his 52-year-old assistant suffered minor injuries while 1,000 kilogrammes (1 tonne) of durians scattered on the road.”

Further investigations were still ongoing and the case is being investigated by the Bukit Aman Highway Investigation Unit under “Rule 10 LN 166/59”. Malaysians are hilariously referring to the situation as an actual “durian runtuh” (durian collapse). The proverb refers to someone coming into an unexpected stroke of luck. However, there were also many Malaysians in despair at all the wasted durians.

What would you do if you came across this pile of durians? Let us know in the comments section!

Also read: Durex S’pore’s Durian & Cendol Condoms Are Sure To Give Your Love Life A More Local Oomph! 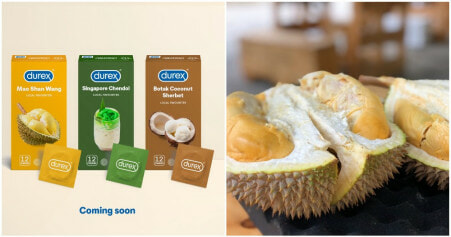