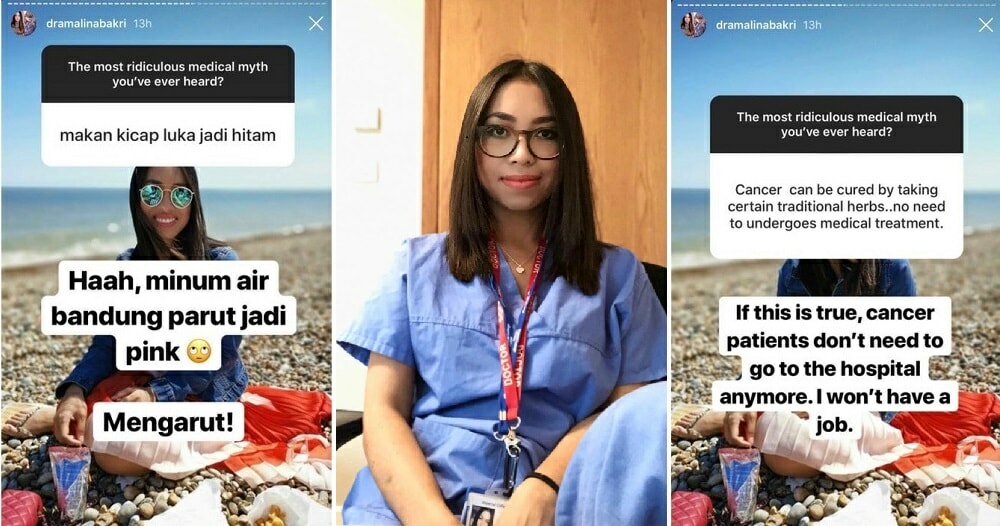 Living in Asia, our parents and other relatives have always advised us with all kinds of amazing superstitions and beliefs while we were growing up, to not do certain things because that would cause our growth to be stunted, etc. Girls will be told by their mothers that if they sleep with their hair wet, then they’ll go crazy because ‘wind’ goes inside the head through wet hair (头风), among other things.

On the 11th of July, Doctor Amalina Bakri did a Q&A session on Instagram Stories where she debunked a ton of medical myths. Let’s start with the basic ones! 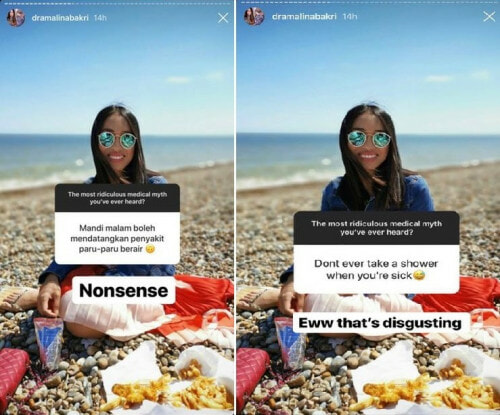 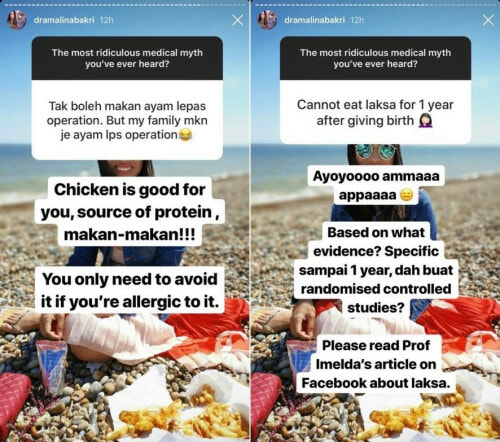 Netizens then asked Dr. Amalina about what not to eat after surgery or pregnancy, as some said that they heard chicken, eggs and even laksa are not allowed. Dr. Amalina then said that you should only avoid these foods if you’re allergic to them. She even encouraged them (if you’re not allergic!) because eggs and chicken are a good source of protein and that will help with wound healing. 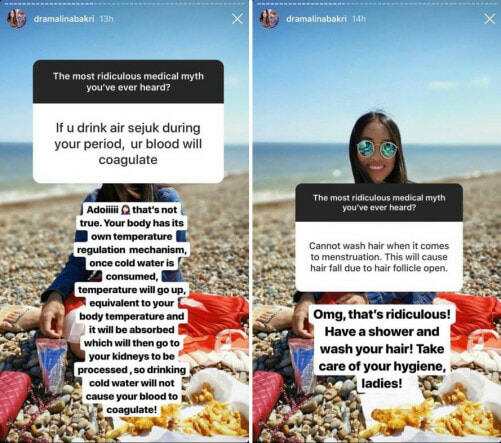 As for period myths, some say that during periods you should never drink cold water as it will coagulate your blood or that washing your hair during menstruation will make your hair fall. lol what. Dr. Amalina clarified that all these superstitions are ridiculous, as the body has its own temperature regulating mechanism and also not washing your hair is actually pretty unhygienic. 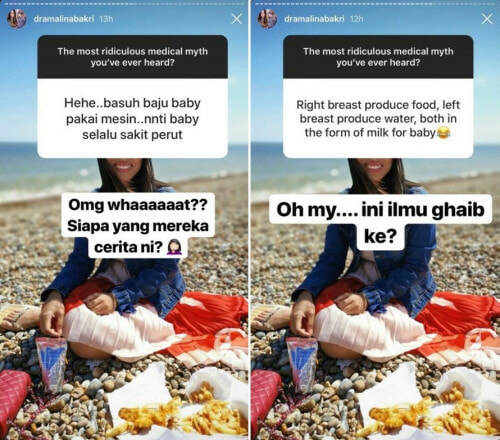 On to the baby myths! Some people said that washing the baby’s clothes in the washing machine will cause a lot of stomach aches for the baby. Maybe they were thinking that the baby’s stomach will go kulu-kulu? One said that by drinking soy milk, the baby will be fair and another said the mother’s breasts each have different functions, one will produce food, one will produce water. Nani? The doctor actually seemed scandalised as she seems to have not even heard of these superstitions before. They seem superrr sketchy. 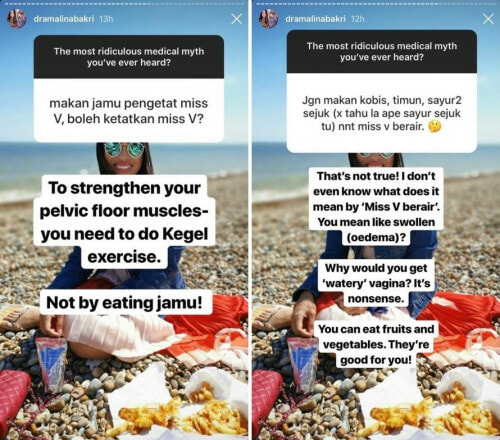 And lastly, the Miss V myths. It seems that the myths say that if you eat jamu (a kind of beauty supplement), your vagina muscles will get tighter. The doctor said that the best thing to do for that is to do Kegel exercises. Contract, release, contract, release.  Some people also said that they’ve heard of NOT eating foods that are of the cold element (melons, cucumber, cabbage) as they cause the vagina to be watery. The doctor also called that nonsense, and that we should all eat lots of fruits and vegetables. Nyum! 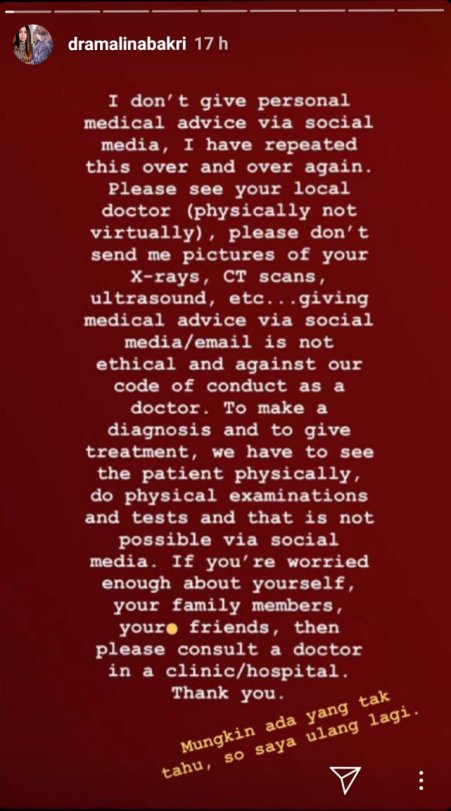 Yesterday (14th July),  in a follow-up to her Q&A session, Dr. Amalina said that people who have medical queries should not ever ask for a consultation online because a physical examination and/or lab tests are always needed. Going to the doctor is always the best bet.

So there we have it. Remember guys, don’t believe in all these unfounded myths. Before you believe in something, make sure to do a quick fact-check on reputable websites, or with doctors/experts you may know!

Also read: Fake M’sian Doctor Who Called Women to Tell Them They Had Cancer & Asked for Phone Sex Arrested