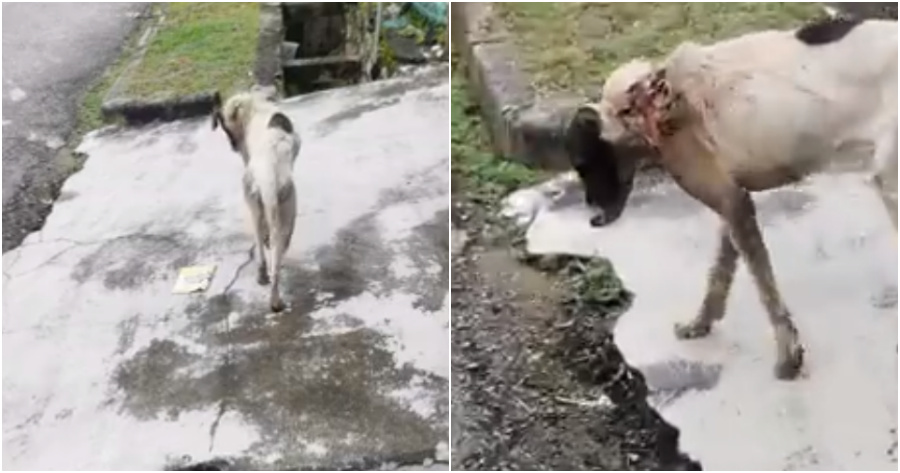 Note: This article contains graphic videos and images that may be disturbing to some. Viewer discretion is advised.

Recently, there has been a lot of sad news about dog abuse cases around Malaysia. But here’s something a little bit more wholesome to restore your faith in humanity!

Yesterday, a dog with a large maggot-infested wound roaming around Seri Alam was rescued and saved by Darshini, an animal rescuer, with the help of public donations to pay for its medical bills.

On 15 December, a video was shared in the Facebook group Lost Pets (Malaysia) [Lost & Found Pets]. In the short 5-second clip, an injured dog with a big hole in its neck can be seen weakly wandering around the neighbourhood aimlessly. 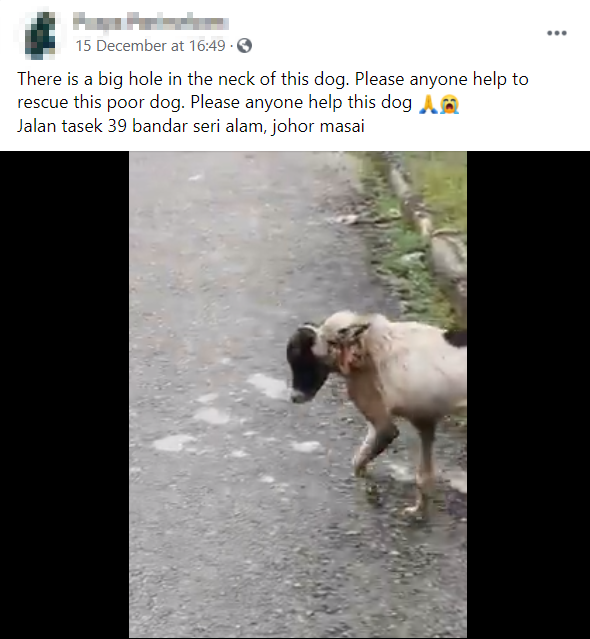 Soon after the video was posted, Darshini was contacted by a fellow animal rescuer to see if she could help save the dog and bring it to a vet.

“I had just rescued another girl and was taking her to the vet so I asked the informer to help me tie this girl nearby and I could come to pick her up and get her tested before the clinic closes,” Darshini explained to WORLD OF BUZZ today.

“The young girl, with the help of some friends, found [the dog] and transferred her into a cage for me. When I saw her, the maggot wound was really severe and she was extremely weak. The [dog] could barely walk, too, so it was very easy for them to get her.”

The 8- to 10-month old dog, who is now named Faith, was then quickly transferred to Little Ark Veterinary Clinic JB for immediate care at around 1pm yesterday.

“She was sedated and under GA (anaesthesia) but the pain was so unbearable for her she kept crying when the maggots were being removed from her wound. It took 1hr+ to remove all the maggots and do wound cleaning,” she explained.

Not only were Faith’s wounds incredibly bad to the point where parts of her spinal bones were visible but that she was anaemic and extremely weak as well. Without immediate care, her chances of surviving would’ve been close to none.

“When a dog is injured, they lick the wound to clean it themselves and it can heal depending on the seriousness of the injury,” Darshini explained.

“Back/head injuries they can’t lick, flies lay eggs and the eggs turn into maggots, and if left untreated it can get extremely bad and eat its way into the organs, too. Severe maggot cases like this can cause death.” 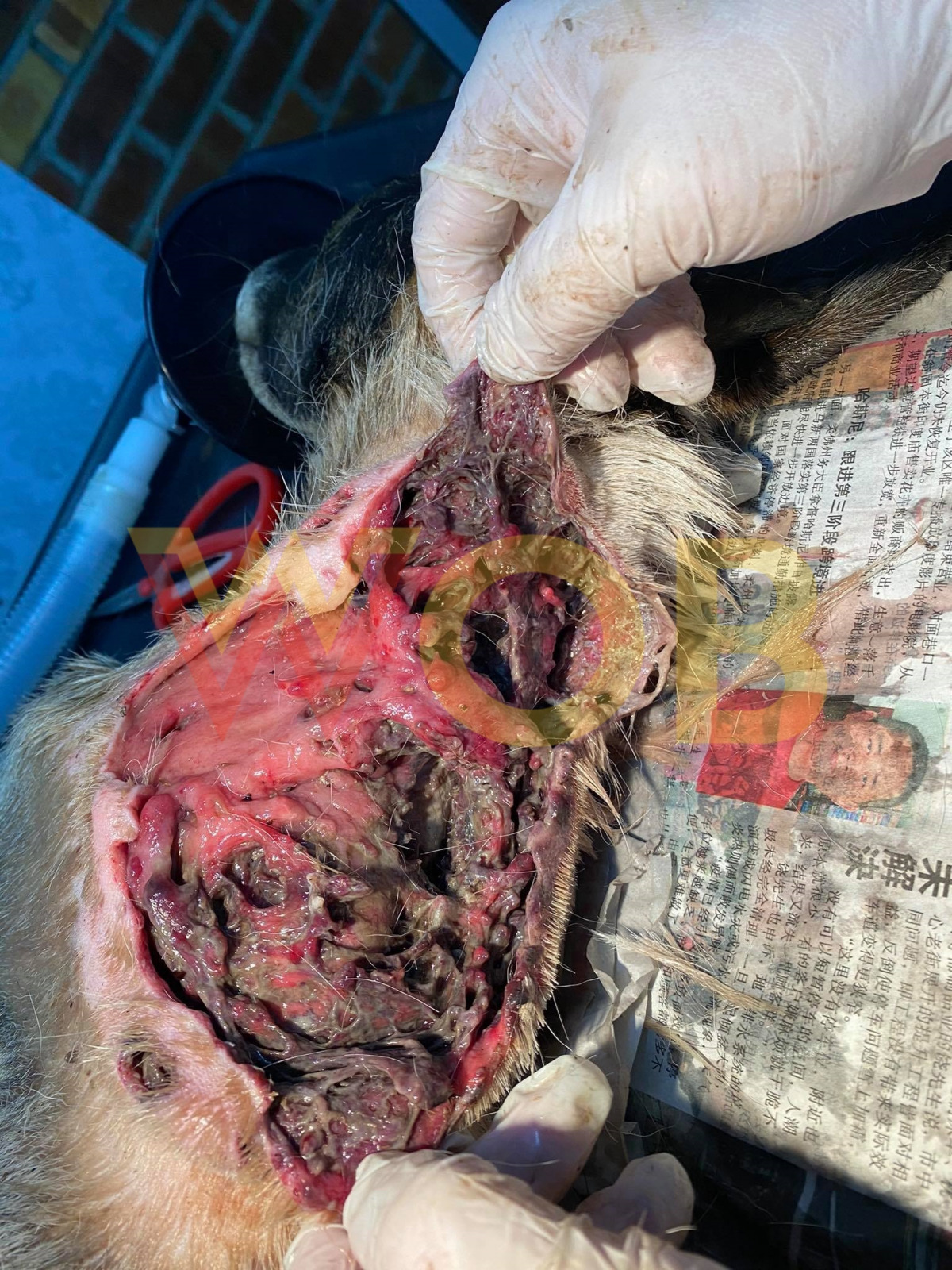 Faith has been slowly recovering and getting better!

Thanks to public donations, Darshini was able to pay Faith’s RM1,100 medical bill. After removing all the maggots and cleaning her wound, Faith has been recovering well from her injuries.

Although still extremely weak and unstable, Faith has been able to eat a little and sit up since having been cared for by the vet.

“We are hoping and praying she will start strong and fight this battle.” 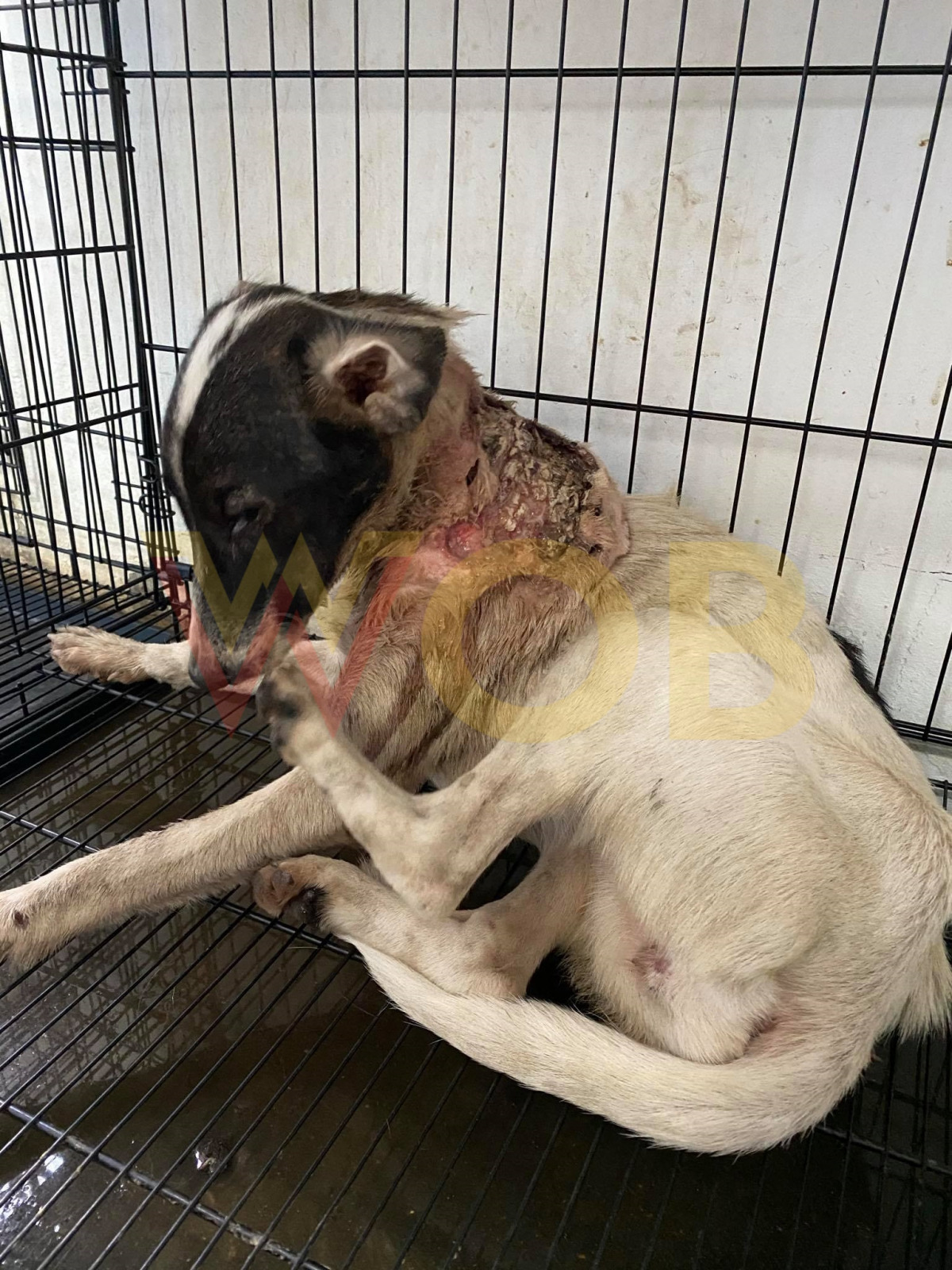 Faith after her wounds were cleaned and cared for, 7pm yesterday.

Despite Faith’s slow, but sure, recovery, Darshini expressed her concerns regarding how she got her wound in the first place.

“The worst thing about this case is that I’m certain someone has attacked her,” she said. “Dog bite injuries from dog fights won’t get this bad, and dogs like to target limbs.”

Just last month, on 11 November, Darshini saved another dog with a similar injury on its back around Seri Alam as well. This dog sustained a similar maggot-infested injury to the back and was brought to the vet for immediate care.

The dog has since been recovering from his back injury, but the fact that such similar attacks have happened in the same area only one month apart does not sit right with Darshini.

Adopt a dog this Christmas!

What started out as simply feeding stray dogs and sending female dogs to be spayed, has since blossomed into a passion for rescuing dogs for Darshini.

If you’re interested in adopting a furry friend of your own, be sure to check it out! 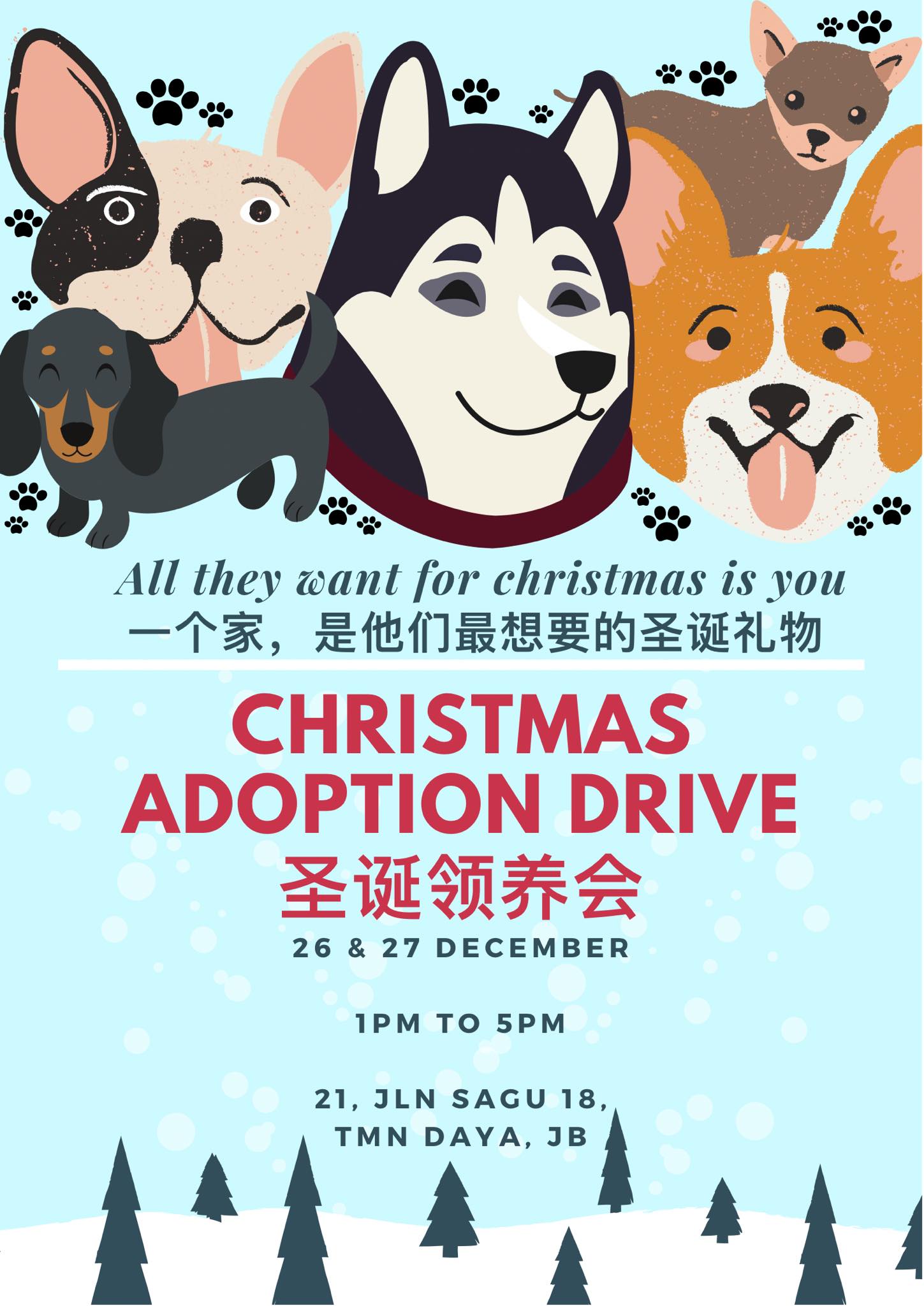 This article was published with consent with all parties involved.

Also read: Pregnant Dogs Gets Beaten Up And Chased Away WHILE Giving Birth To 8 Puppies in Klang 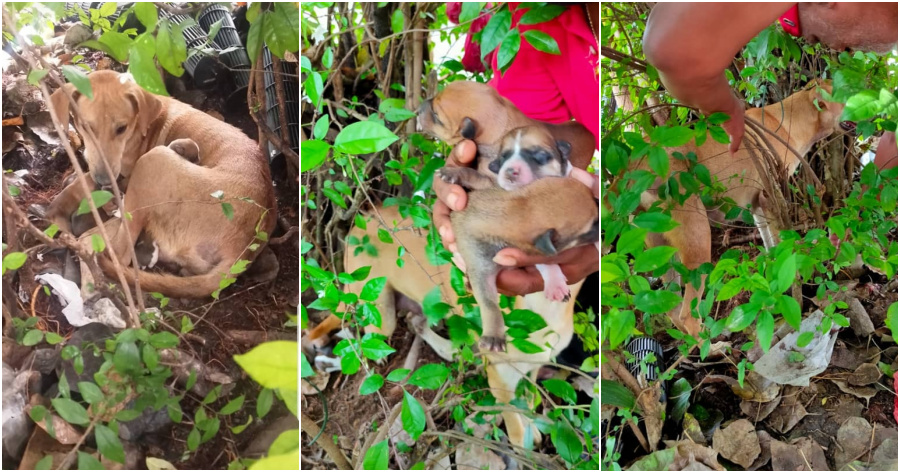