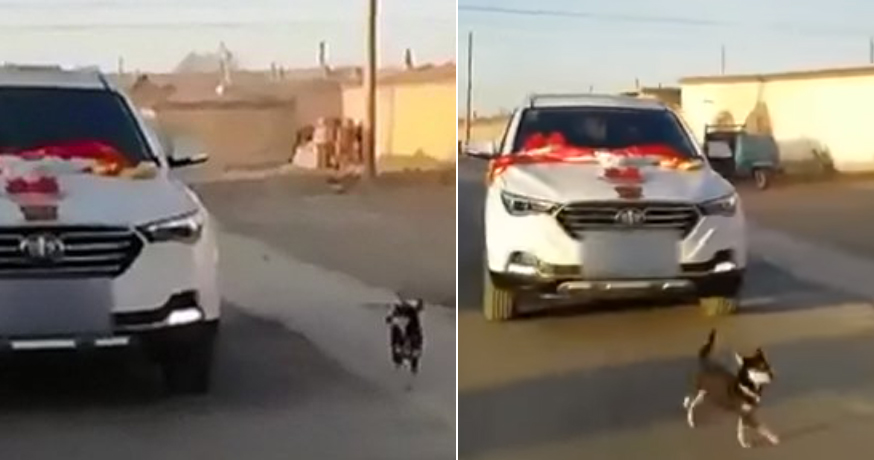 Dogs are truly a man’s best friend. Once a dog acknowledges you as their owner, their loyalty towards you will never waver for the rest of their lives. That’s why dogs are the best!

Recently, a dog in China has touched the hearts of many by proving his loyalty towards its owner. In a short video clip that’s been circulating on social media, the little black dog can been seen chasing after a car desperately in Wuwei, Gansu on January 24, China Press reported. 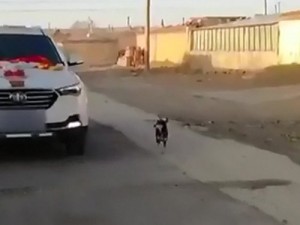 It was reported that the owner of the dog was getting married. As the owner got into her wedding car to leave, her dog immediately began chasing after the car once it took off. The canine even placed its life on the line as it ran dangerously in front of the car, as if to signal the car to stop.

Chinese netizens soon managed to uncover the identity of the owner. According to Headline Daily, she said her dog could not bear the sight of her getting married, and dashed out of the house to pursue the wedding car.

Residing in Tianzhu County, the dog has been a part of the family for about six years. They loved the dog very much, and shared a special bond. On the day of her marriage, the dog walked around the house restlessly, as if it knew that the owner was leaving. The dog took everyone by surprise when it bolted after the wedding car. Although the dog risked its life by running across the car recklessly, the wedding car, however, did not stop despite the dog’s pleas. How could you? 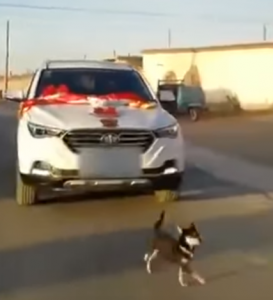 After chasing the wedding car madly for six kilometers, the dog finally gave up. Netizens also questioned why the owner had left the dog behind, and she clarified that she initially intended to bring the dog along but said that, “Other people said it was not a good idea, so I left it behind.” Seriously?

After watching the video clip, many netizens were in disbelief, pointing out that as an owner, she should have brought the dog along instead of abandoning it. Oriental Daily News reported that some netizens were touched by the dog’s loyalty, saying, “The owner is the dog’s world” and “A dog will repay you with its whole life once you feed it a few times”.

Meanwhile, other netizens commented that the owner was just making up an excuse not to care for the dog, leaving comments such as, “The dog is your dowry, how could you leave it behind?” and “Just because other people said it’s no good, then you leave it behind? Do you sincerely love it?”.

Watch the heart-tugging video below:

Would you bring your pet dog to your wedding if you were getting hitched? Let us know in the comments! 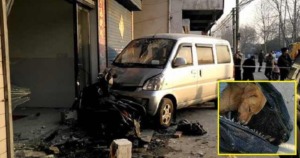