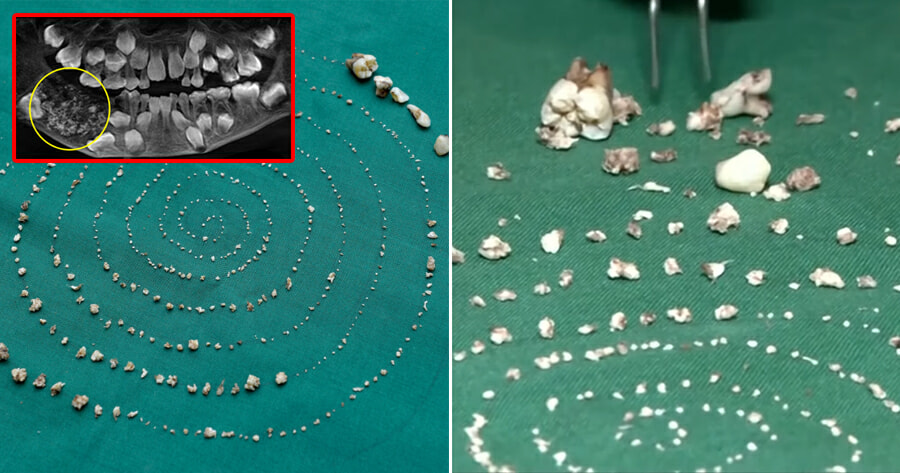 For the very first time worldwide, doctors at a hospital in India found 526 teeth inside a seven-year-old boy’s mouth after he had been complaining about jaw pain, reported CNN.

He was admitted to the hospital in the southern city of Chennai just last month due to swelling and pain near his molars in his lower right jaw. X-ray results showed that there was a sac-like growth embedded in his lower jaw filled with “abnormal teeth”. 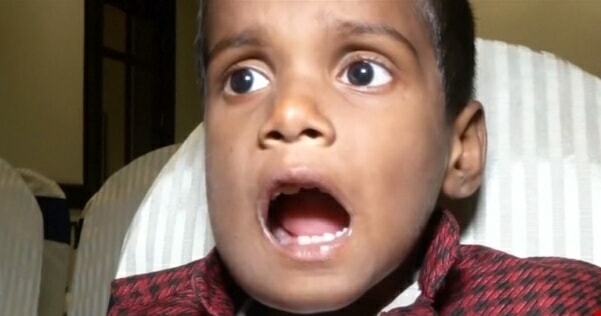 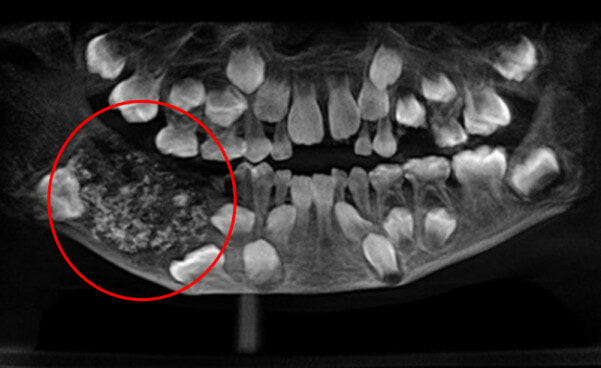 Dr Prathiba Ramani, Head of Oral and Maxillofacial Pathology at Saveetha Dental College and Hospital, said that even though the surgery to remove the sac happened last month, they needed more time to examine every single tooth before they could confirm their findings.

She said that her team took about four to five hours to empty the sac and discovered that there were hundreds of teeth contained in it.

“There were a total of 526 teeth ranging from 0.1 millimeters to 15 millimeters. Even the smallest piece had a crown, root and enamel coat indicating it was a tooth,” she said. 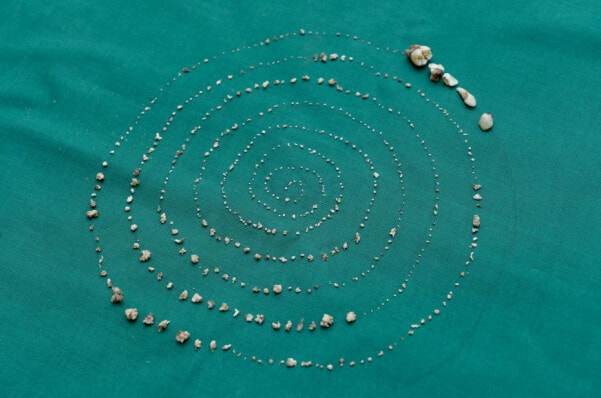 There were even full-size molars in that sac!

Three days after the surgery, the boy was able to go home and is expected to make a full recovery.

Ramani said that the boy had compound composite odontoma, a rare condition which essentially means he had benign tumours made of enamel and dentin. The cause of the boy’s condition is still not known, but Ramanu suspects that it could either be genetic or due to environmental factors like radiation.

Several years ago when the boy was three, his parents noticed swelling in his jaw, but nothing much was done about it as the boy wouldn’t stay still or allow the doctors to examine him. 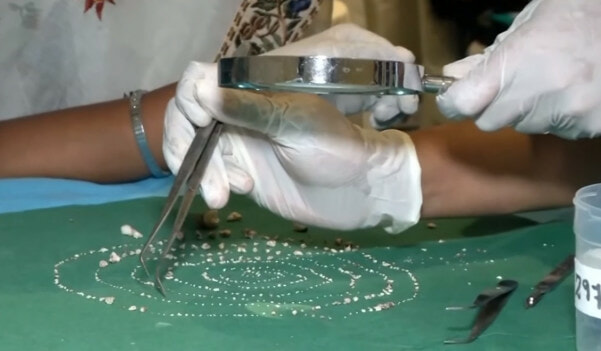 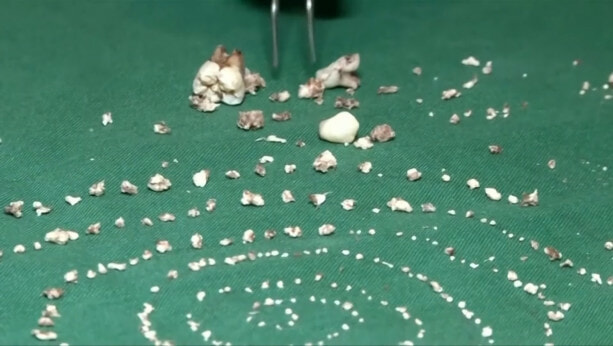 One of the two surgeons, Dr P. Senthilnathan, said that the boy went under general anesthesia before they drilled into his jaw from the top.

“We did not break the bone from the sides, meaning reconstruction surgery was not required. The sac was removed. You can think of it as a kind of balloon with small pieces inside,” he said.

Meanwhile, the boy is now recovering well and has a healthy count of 21 teeth, Dr Senthilnathan said.

Well, that’s certainly nothing like we’ve ever heard before! 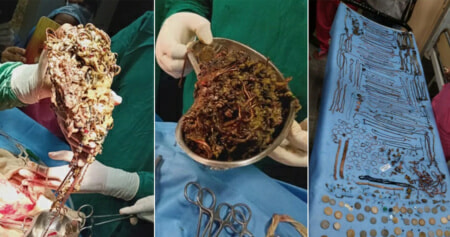