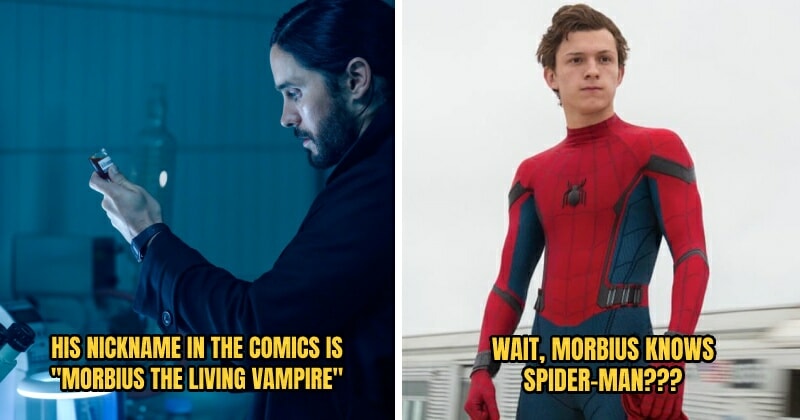 A new Marvel Legend has arrived, and he’s thirsty for blood! (Not that he wants to be) Though most of us are already aware of Marvel’s latest upcoming movie, Morbius, we only know him as much as the trailer showed, mainly that he’s a vampiric anti-hero who’s also a scientist or something…?

If you’re as curious as we are about who Morbius is (played by Oscar winner Jared Leto in the titular movie), then we’ve got plenty of interesting facts about the newest Marvel legend that you’d surely want to know! Who knows? They might even help you appreciate the character and movie even more, which helps when his background is SO intriguing!

Here are all the fascinating facts about Morbius that you should know!

1. Will the real Michael Morbius please stand up?

Before Morbius was “cured”. No wonder he won the Nobel prize lah, like so hard to live!

Dr. Michael Morbius (he probably learnt the naming convention from Doctor Strange) may seem like an antihero for the most part. But, in reality, Morbius is actually a brilliant and kind doctor who suffers from a rare but fatal blood disease.

In his pursuit of finding a cure for himself and others like him, he was awarded the Nobel prize for his efforts. Who knew Morbius is so Nobel kan? (pun totally intended)

After decades of searching for answers, Morbius finally found a cure for his disease through unusual means (we wouldn’t want to spoil you just yet). On top of that, after using the cure on himself, he also unexpectedly develops superhuman abilities like super strength, super speed, accelerated healing, the ability to fly, echolocation like a bat and more!

However, this is a classic monster tragedy, and Morbius’ gifts come with a price: he’s now pretty much a vampire, burdened with an insatiable need to drink human blood and continue living. To make matters worse, for reasons we not yet know, he can also transform into a pale hideous creature with monstrously sharp teeth and blood-red eyes.

Not exactly the appetite and looks superheroes should have, so Morbius is going to have to settle for an “anti-hero” label.

3. Not just any ordinary vampire

Interestingly enough, Morbius isn’t a full-on actual vampire (i.e. Dracula) in the Marvel universe. In fact, he’s more of a pseudo-vampire (basically he’s a different type of vampire), so he doesn’t have the standard weaknesses of a supernatural vampire.

For example, he’s not affected by garlic, holy water, crucifixes, or silver, not to mention he can be exposed to sunlight albeit his superpowers will be diminished. (Fun fact: he’s nicknamed Morbius The Living Vampire in the comics.)

Sounds a bit like a certain vampiric superhero kan? We’ll talk about it more soon!

4. The villainous side of Morbius

Did you know that Morbius actually knows Spider-Man? I mean, we’re not sure if Morbius is acquainted with our friendly neighbourhood superhero (played by Tom Holland) in the Morbius movie (yet), but in the comics, Morbius actually made his debut as Spider-Man’s adversary in 1971, as one of Spider-Man’s greatest horror-themed supervillains for about two decades. Do you think we’ll see them face off on the big screen? 👀

After that, Morbius became an archenemy of Blade and was even responsible for giving Marvel’s favourite vampire hunter his supernatural abilities by biting him. With the release of Morbius and MCU’s new Blade (who will be played by the awesome Mahershala Ali) movie in the future, we’ll find out soon enough if Marvel will make this part of Blade’s background in the movies.

The last Blade most of us remember, played by Wesley Snipes.

5. The duality of a pseudo-man vampire 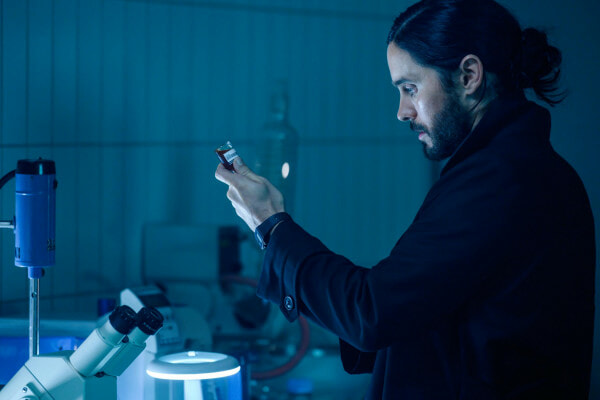 Despite his appearance and meal preference, Morbius always had goodness and kindness as part of his true nature. Even the times he clashed with Spider-Man and Blade aren’t done out of evil intentions: he just wants to find a cure for himself and get rid of his harmful vampiric nature, so that he doesn’t hurt any more people. 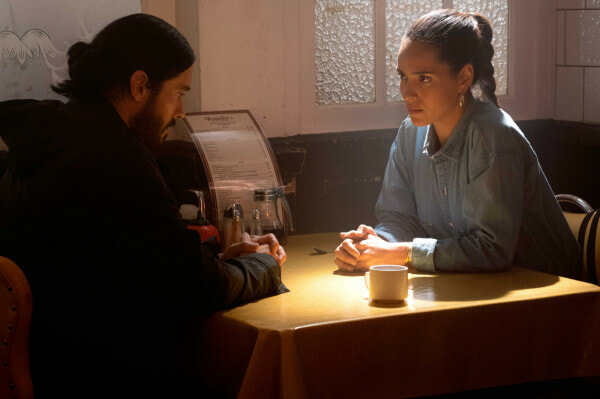 Adria Arjona (right) takes on the role of Martine Bancroft, Morbius’ fiancée and a scientist.

As an award-winning doctor, Morbius is constantly torn between his principles as a good doctor and his primal desire for blood. On one hand, he doesn’t want to hurt people to get fresh blood, but at the same time, he’ll die if he doesn’t, and he won’t be able to save his patients as a doctor.

It’s a terrible – and almost ironic – position to be in, having to struggle between what is good and bad. We truly feel for this Morbius guy lah! 😭

Wow! Didn’t know Marvel would have a character as interesting as Morbius! 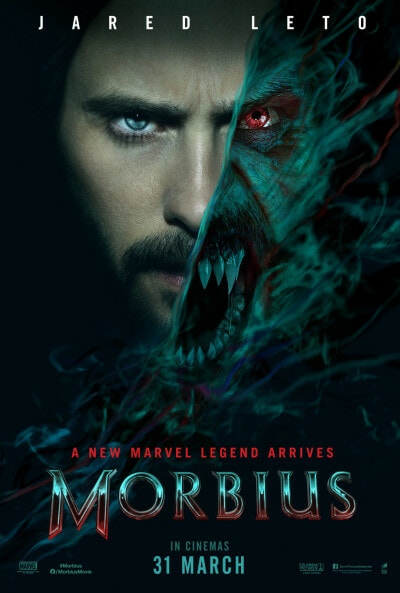 Now we know why Morbius has been around for almost FIVE DECADES now and is finally getting his own proper movie. We think it’s about time for one of the most compelling and conflicted characters in the Sony Pictures Universe of Marvel Characters to shine (not literally).

Off to watch Morbius! Bye, guys.

Personally, we’re quite excited to see Jared Leto’s take on this intriguing character! After all, he’s known for deeply immersing himself into his roles, sometimes a bit too far but never forgettable. With the conflicting psychological aspect of Morbius, we think he can pull it off well with the right direction!

Will good override evil – or will Morbius succumb to his mysterious new urges? Only one way to find out!

Catch Morbius in all your favourite cinemas on 31 March! Get your tickets today from TGV Cinemas!