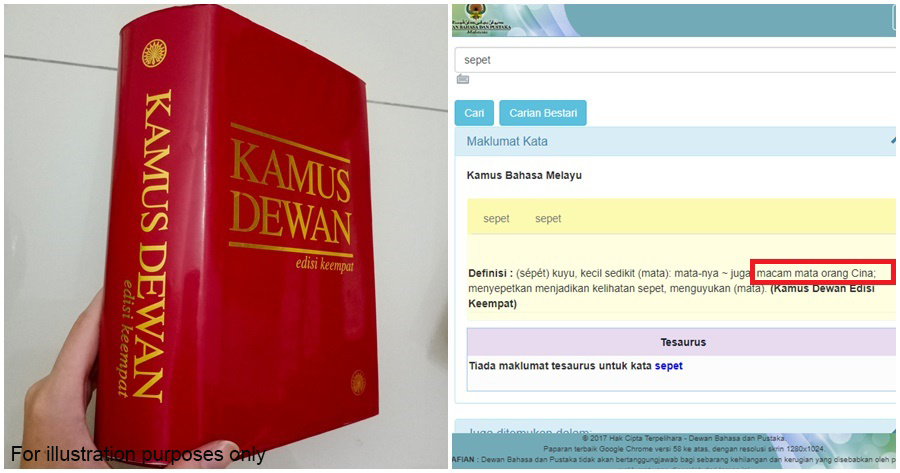 A few days ago, Dewan Bahasa and Pustaka (DBP) came under fire after MIC Youth member, Thiagaseelan Ganesan, called out the organisation for their misleading definition of the word, “Thambi”, which means younger brother in Tamil.

Unfortunately, it seems as though that isn’t the only definition that needs an urgent update on their archives. A brief search on the Dewan Bahasa and Pustaka website revealed that the organisation also has a rather interesting definition of the word, ‘sepet.’ 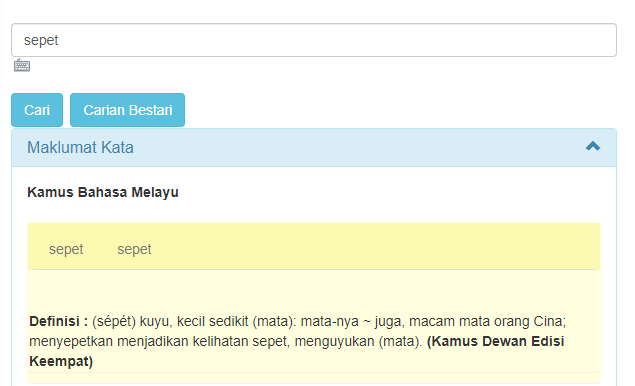 Based on the search, the national dictionary defines ‘sepet’ as “squinted small eyes, like the eyes of Chinese people.” Needless to say, this problematic and misleading definition of the word needs to be rectified immediately. While the word, ‘sepet’ isn’t categorised as a slur, it’s an inaccurate generalisation of the physical characteristics Chinese people possess.

Previously, DBP was called out for defining “tambi” as “a term used for k*lings who are younger than us, office workers (servers) or peons.”

For those who are still unaware, “Keling” is a racial slur used against Indians and used as a derogatory term against certain parts of the community. Facebook users expressed their anger and disappointment towards DBP and demanded an explanation from the organisation.

Since then, DBP released a statement saying that “All facts about the words that were once used in the community of Malay speakers will be recorded in the dictionaries. This also applies to the case of the word ‘k*ling’ that existed in the Kamus Dewan since its first edition published in 1970.”

They added that ‘k*ling’ is now marked as a taboo word along with other words such as ‘anjing’, ‘hamput’, and ‘s*kai’ but did not apologise for the inclusion of the deprecating word in their archives nor reveal the party responsible for such a mistake.

Also read: “Why use k*ling not Indians” MIC Youth Calls Out Dewan Bahasa For Misleading Definition Of ‘Thambi’ 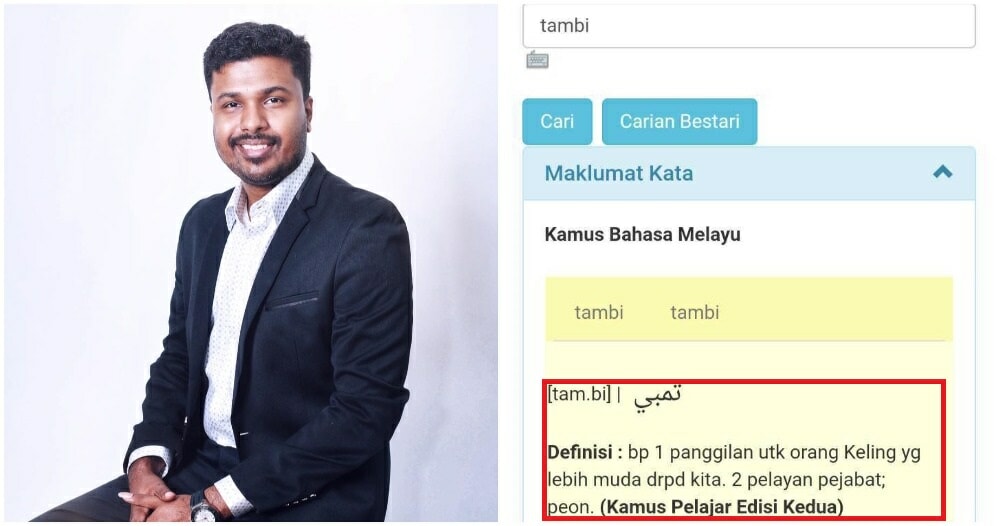