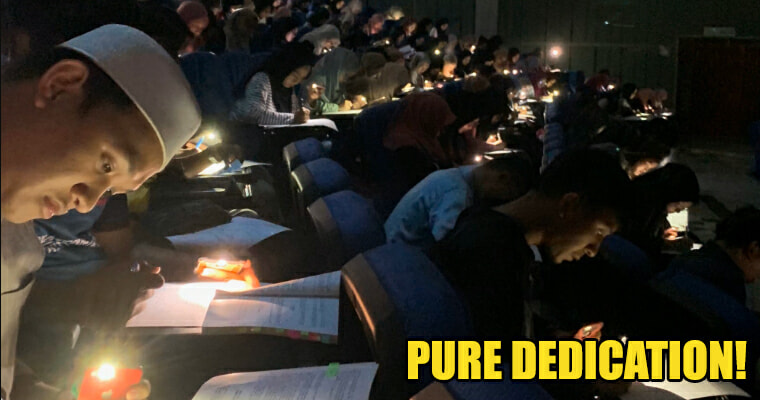 Misfortune can come in any form, and we should never assume a person’s character based on the problems they’ve had to face in the past, but instead on how they overcome it. These students from Universiti Islam Antarabangsa Malaysia (UIAM) showed us the very attitude that students should have when facing adversity.

Mohd Ilhamy Mohd Nahzeri, 22, posted a picture on his Twitter recently with the caption “We were in the middle of our midterm exam when the electricity went off.” The picture went viral very quickly with 22k retweets and 28k likes as the public was clearly pleased with the honesty that these students portrayed during their midterm exam. 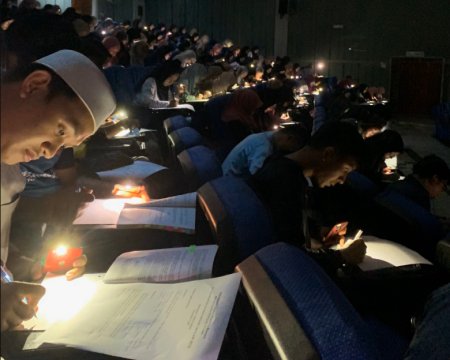 According to an interview that he had with mStar, the degree student from Alor Star said that they were taking a midterm exam for the law subject. The lights kept on turning on and off three times.

“Everyone was ok at first, but when it occurred the third time, everyone started to take out their phones and turned on their torches. You could hear a few mumble for a short while, but we shifted gears soon after. The hall became quiet once more. No one was making any noise. Because it’s a law exam you see, we had to answer in essays. So everyone simply doesn’t want to waste time because we want to finish on time” Said Ilhamy.

Thankfully, this was the first time ever such a problem occured. Coincidentally, one of his friends went into the hall without a phone, so they had to share the light together.

“We had to struggle a little because one of my friends left his phone back home so we had to juggle between sharing the phone and writing, while checking out the acts. What else can we do, we have to take the initiative or we won’t be able to finish on time.”

A lot of people said that they could cheat easily this way but it was all up on their honesty.

“You can’t simply hold it, why don’t you google the answer as well?”

“You can Whatsapp your friend and discuss the answers.”

The books that can be seen on the table were law textbooks that they were allowed to bring into the exam hall. According to Ilhamy, he can’t deny that it would be easier for them to cheat in the darkness.

“By everyone’s right, they could do whatever they want, but they have to remember that even if they gained good grades for cheating, it’s their loss. Because then they wouldn’t know where their potential lies.” 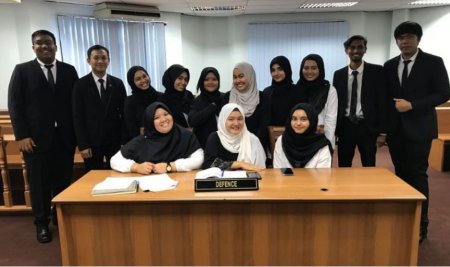 The students had to move to a different exam hall afterward to prevent the same incident from happening. Given the hardship that they went through, the lecturers provided them with an extra 10 minutes to make up for lost time. In the end, Ilhamy gave a sound argument to people who would cheat in such situation;

“I’d like to remind the students out there that even if you managed to get high scores from cheating, you won’t feel the same joy as answering with your own effort. It will be redundant to have a degree but you don’t understand what you have learned, it’s your loss. If you cant practice to follow the rules now, how are you going to work as a lawyer later,”

Well, he took the words right outta our mouths! Thank you, students, for inspiring us with your dedication and quick actions.

Also read: Student’s Drawing Made Teacher Think He Had Depression, But His Explanation Makes Her Laugh 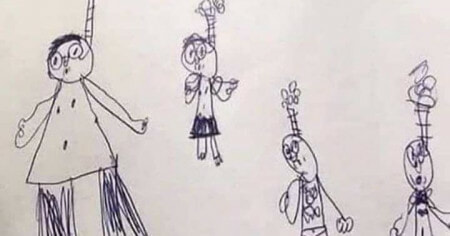