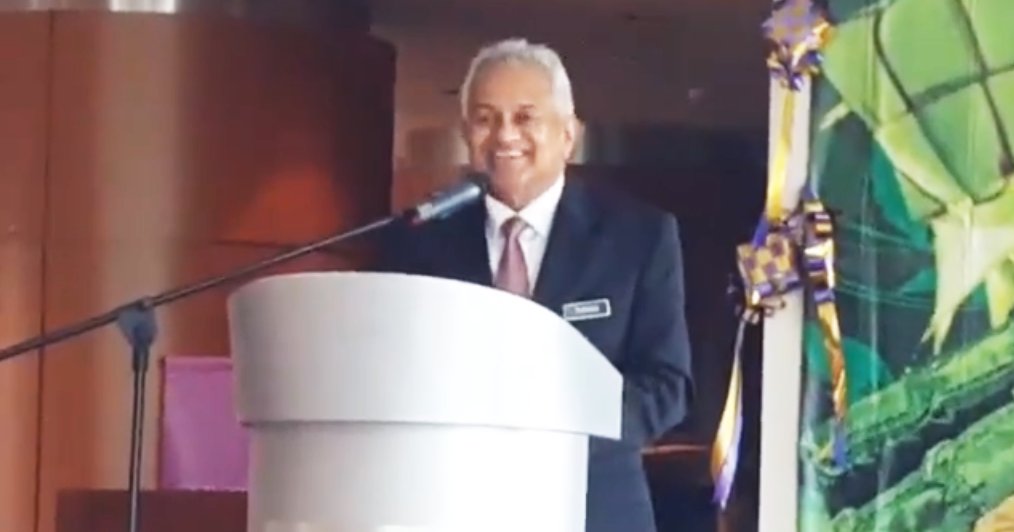 On the day (July 3) that former prime minister Datuk Seri Najib Razak was arrested, attorney-general (AG) Tommy Thomas requested to hold a press conference in English, but was immediately condemned and mocked by Najib’s supporters, which forced him to call off the meeting.

Soon after that, one of the supporters actually started a petition on Change.org urging the Yang di-Pertuan Agong to remove Thomas from the AG position due to his poor proficiency in Bahasa Malaysia (BM). Ironically, the petition itself was written in bad English. Oh my Engrish! 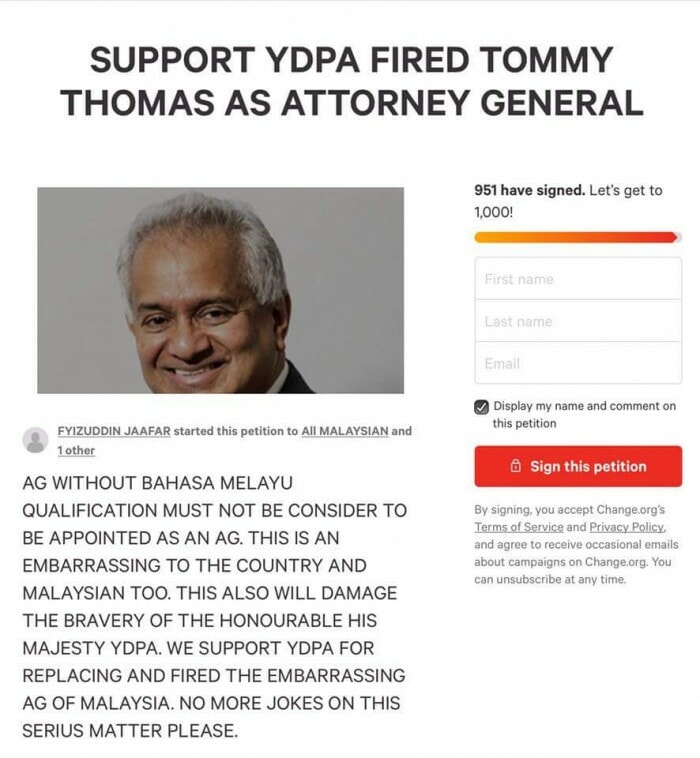 However, a four-minute video surfaced online today (July 12) showing Thomas giving a speech in BM at the Attorney General’s chambers in Putrajaya.

This garnered a positive reaction from the crowd who started cheering immediately after he said the first few words in his speech, reported Malay Mail. 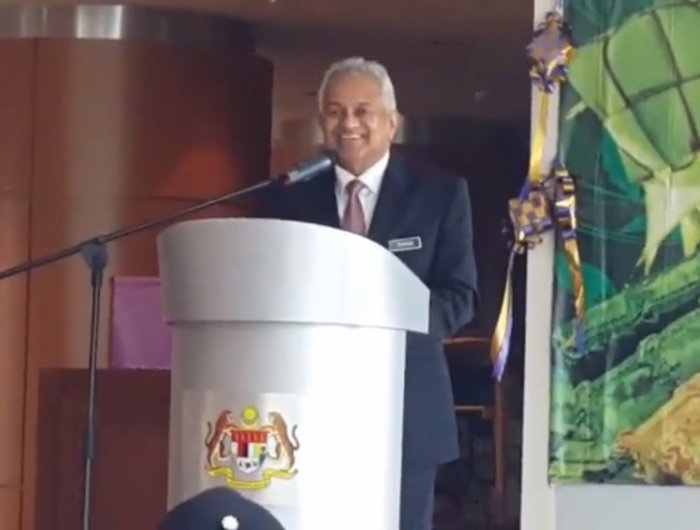 He was addressing personnel from the Judicial and Legal Service Officers Association (Jalsoa), in what appears to be part of the Hari Raya Aidilfitri celebrations.

Thomas had written his speech down and was reading from it as he spoke, but the crowd did not mind as they were heard cheering loudly every time he paused. 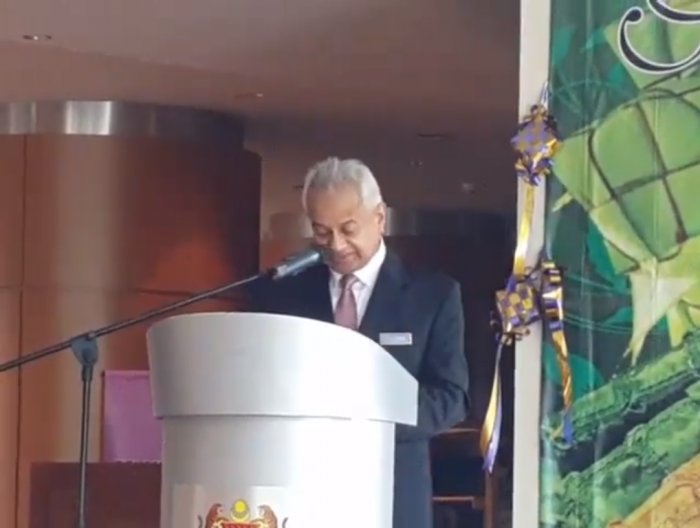 In his speech, he talked about the function of Jalsoa, which is to protect the welfare and needs of its members, and congratulated the agency for their work. He added that he was committed to strengthening efforts to ensure the welfare of its members and legal issues in the country are taken care of.

He then wished them ‘Selamat Hari Raya’ which sparked an enthusiastic applause from the crowd.

Comments on the video were positive too, with some commenting “Wow!” and “Comel je Tommy (Tommy is cute)”.

Others were impressed by his command of the language, posting: “Boleh jer boss cakap Melayu. Tahniah Tuan”.

Aww, do you think Tommy Thomas is comel when he speaks in BM? Let us know what you think in the comments below! 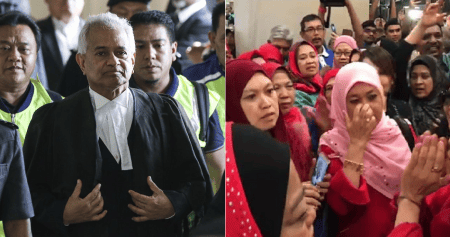