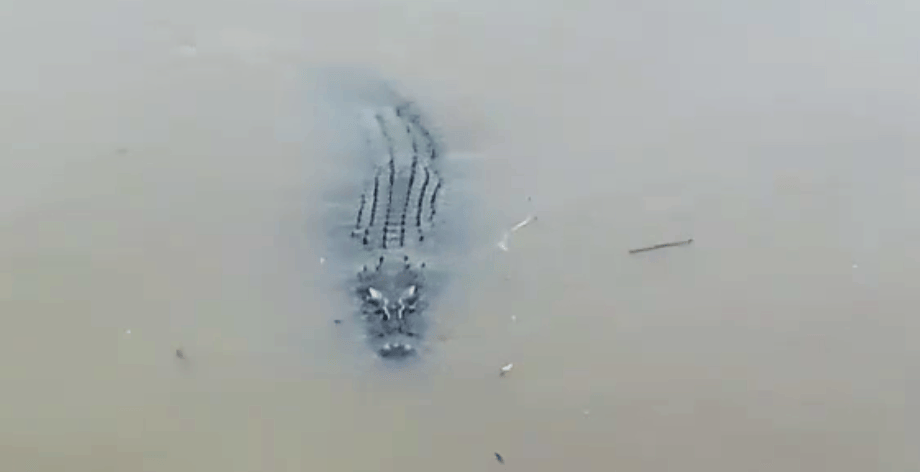 In recent years, crocodiles are becoming more frequently sighted in the rivers of Peninsula Malaysia.

On January 31, a crocodile was spotted in Klang River nearby a mosque. Malaysians who saw it quickly whipped out their smartphones to record it and the video instantly went viral on social media.

Based on the 1-minute video, a crocodile was seen swimming leisurely on the surface of the river while the public were recording videos from across Jambatan Kota.

However, as the crocodile approached the bridge, it was believed to be startled by the presence of people and quickly dove into the water.

After the footage went viral on social media, people who love fishing by the river or hanging out at the garden nearby were urged to be vigilant of the crocodile.

According to some netizens, when Jambatan Kota was first opened to public in 1960, crocodiles were often sighted in the river below the bridge, KwongWah reported. The river was clear and freshwater prawns were abundant in the river.

It was also reported that crocodiles have been residing at Klang River for a long time and occasionally, the crocodile can be seen sunbathing at the riverbank.

However, as the river became increasingly polluted by rubbish, crocodiles ceased to appear and presumably moved to other cleaner spots. 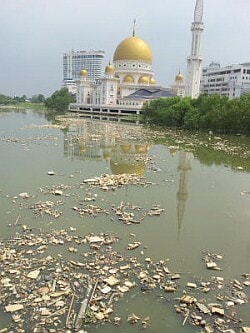 For Menteri Besar Incorporation (MBI Selangor), the resurgence of wildlife including the crocodile is an indication that the water quality in Klang River has improved. Thanks to the river clean-up project led by MBI in 2016, rubbish especially styrofoams and plastics bags have been visibly reduced.

The public is urged to stay calm and don’t provoke the crocodile if they spotted one.

So guys, you may want to keep an eye out the next time you’re near the Klang River.