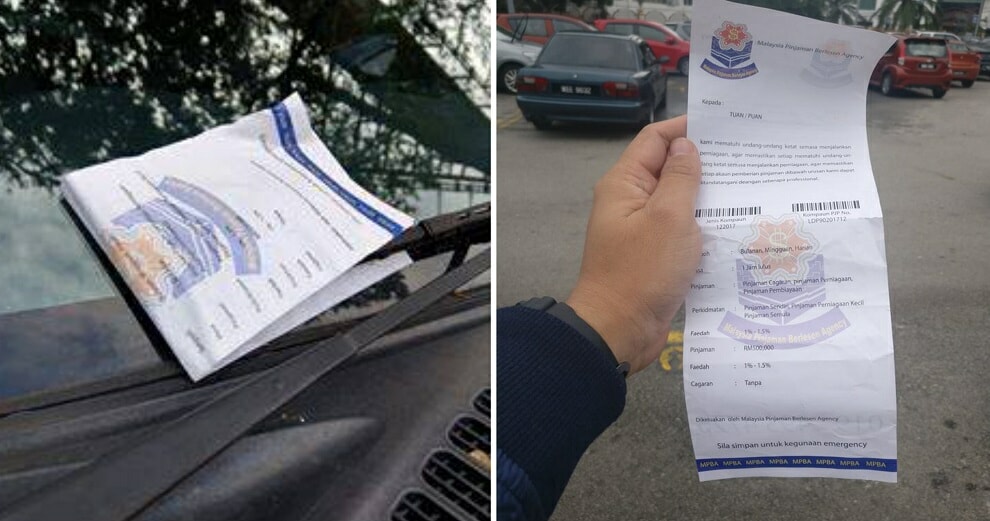 Alright, we know this is illegal as heck, but you’ve got to admit that this is pretty creative, lah!

Just a few hours ago today (2nd January), the Petaling Jaya City Council (MBPJ) posted a statement on their Facebook page regarding a new advertising tactic that a group of money lenders has recently adopted.

This group, who are known as ‘Malaysia Pinjaman Berlesen Agency‘ (MPBA), have been placing their flyers that eerily resemble MBPJ parking summons all over parked cars in Section 52. 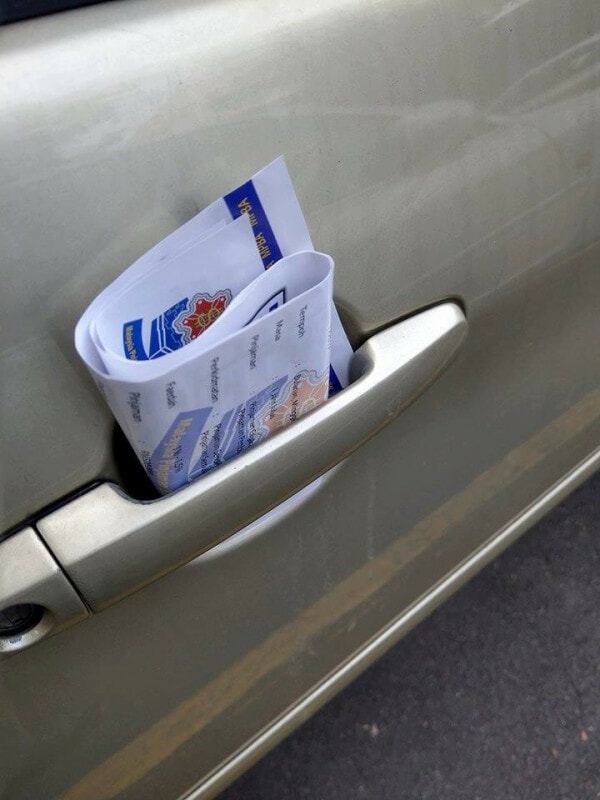 “We advise the public to be cautious against the abuse of logo in a leaflet that looks almost exactly like the Council’s logo. We have been alerted of such leaflets being circulated around Section 52, Petaling Jaya. The design of the leaflet also looks like the compound issued by MBPJ.” 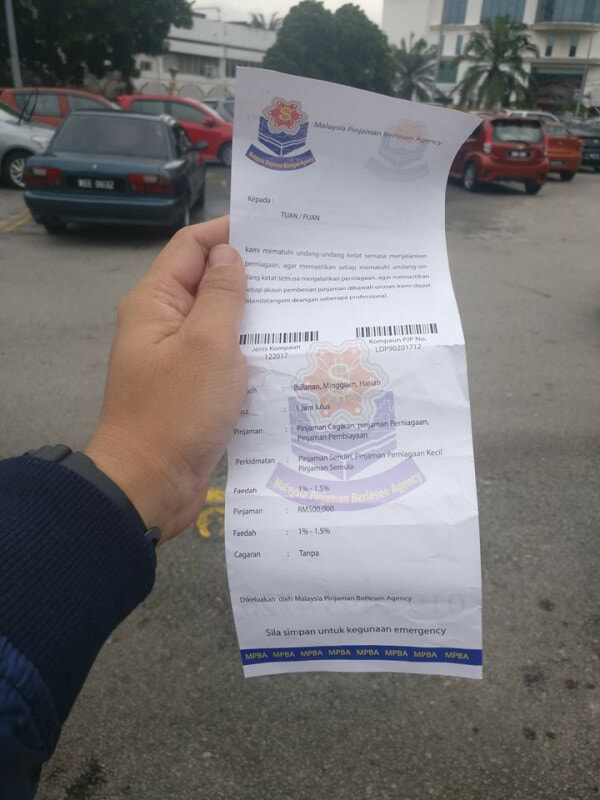 MBPJ has since lodged a police report on 29th December 2017, telling The Sun Daily,

“We take the issue of MBPJ’s logo being used seriously as we have found that there are some irresponsible parties using our logo for their selfish gains. Other than the logo, the leaflet that is being distributed looks almost like the compound receipts that the Enforcement Unit issues while on duty.”

At first glance, they look almost exactly like parking tickets, but upon closer inspection, there are details of interest rates for loan amounts, repayment schemes and even a contact number! 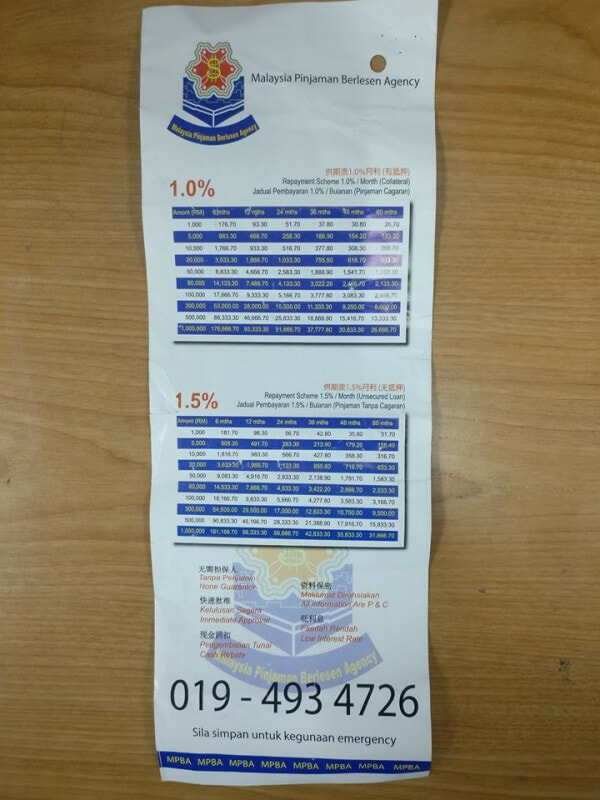 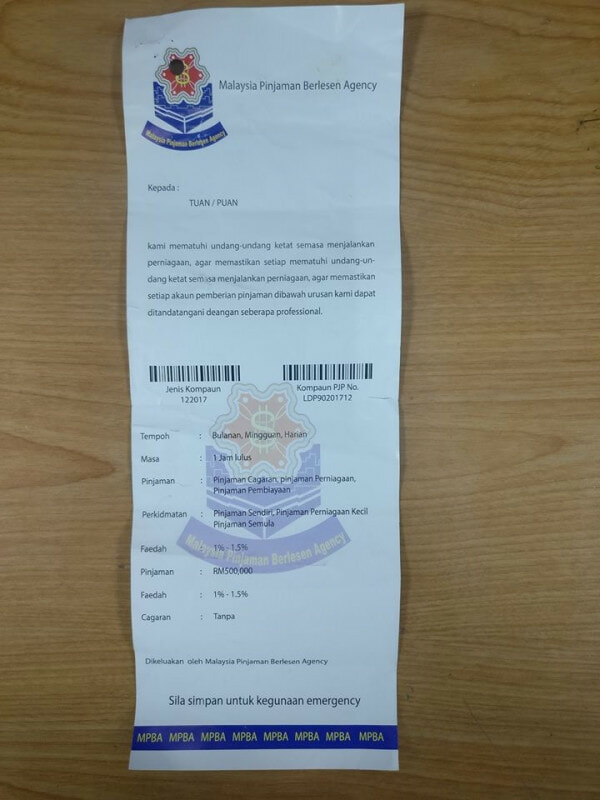 So, watch out for these flyers the next time you end up in PJ! 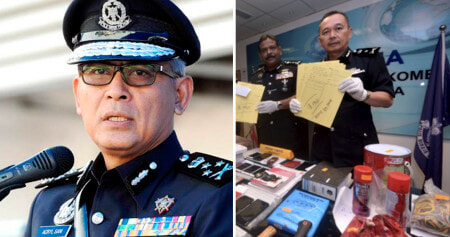