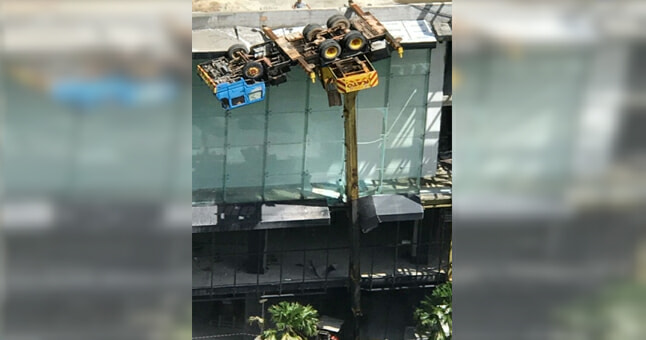 While Malaysians are still shivering over the collapse of the Mid Valley bridge, another construction site accident had taken place at Damansara Perdana. 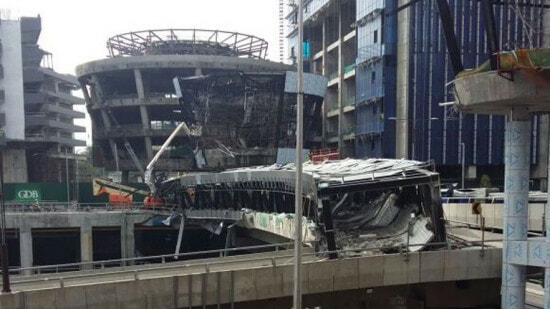 It was reported that a crane had collapsed and hanging dangerously at the fourth floor of the building. The incident happened just in front of the National Inland Revenue Board office at Empire Damansara. 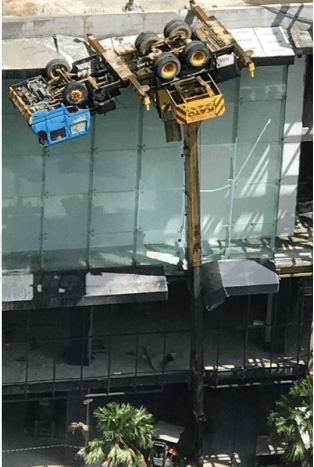 According to the Selangor Fire and Rescue Department assistant director Mohd Sani Harul, they received a distress call at about 2 pm regarding the collapsed crane. They rushed to the scene and five firefighters were deployed. He also confirmed that no one was injured in the mishap. 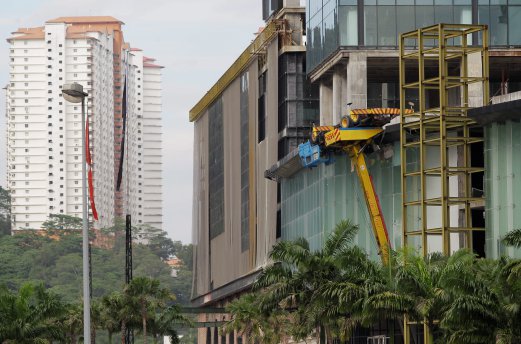 “I was near the PJ Trade Centre. This was opposite the Trade Centre, across the highway. I believe that this is a new development,” he said when contacted by The Star.

“Just moments ago, this crane overturned and is dangling precariously on the ledge of Empire Development. Doesn’t look like anyone was in it, but no idea if anyone got hurt. Yet another example of construction mishaps,” he wrote in his post.

In 2016 alone there has been numerous cases which has taken several lives. Construction company should really beefed up their safety measures to prevent any unwanted incident.