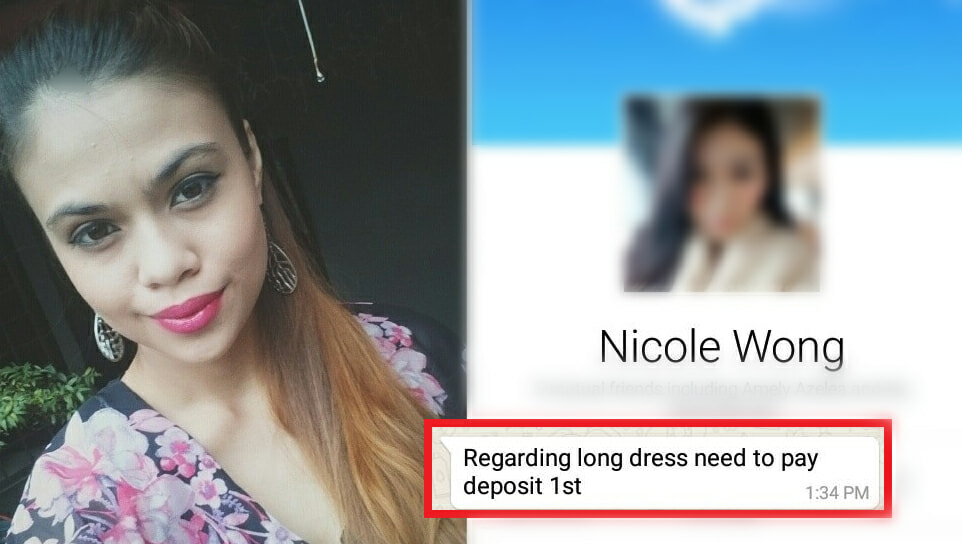 Beware fellow Malaysians as Facebook user Nicole Aldeth Main shared how she was scammed by a fake profile who told her she was “selected for a job” that didn’t exist: a Samsung Note7 event in KLCC concourse.

However, what’s more tragic is how the scammer went to such lengths to cheat someone for RM100 (damn, ruin ur conscience just for RM100 smh).

According to Nicole, the scammer known as Kua Wai Yew, has been cheating people for several months now. Their modus operandi from Nicole’s case was to tell models to pay a deposit for a dress to be worn at the event, and that the deposit was to be paid to “my boss”.

As you read through screenshots of their conversation, you’d realise how careful Nicole already was but little did everyone know that scammers nowadays are very very convincing.

“This is my story of the first time ever in my life getting scammed by a fake profile.

“You can see our conversation and yes I sound very blur, like I always am anyways. But because of her being so confident, I believed it and fell for it.” 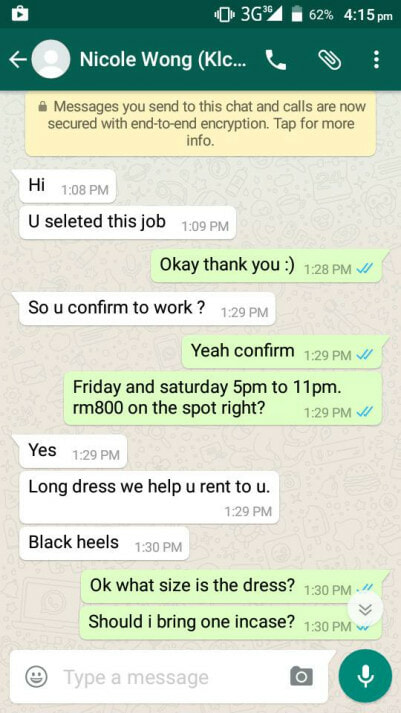 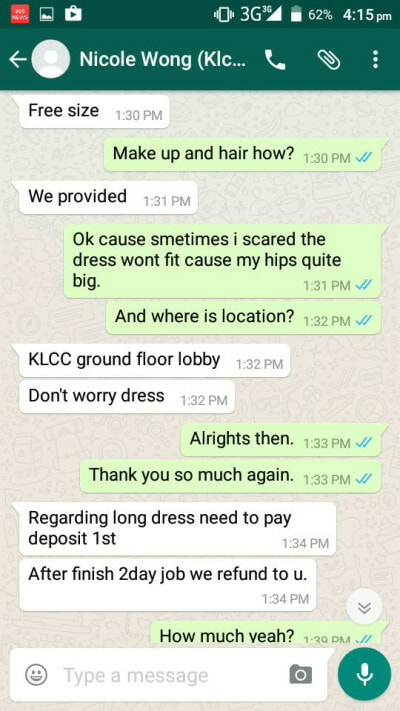 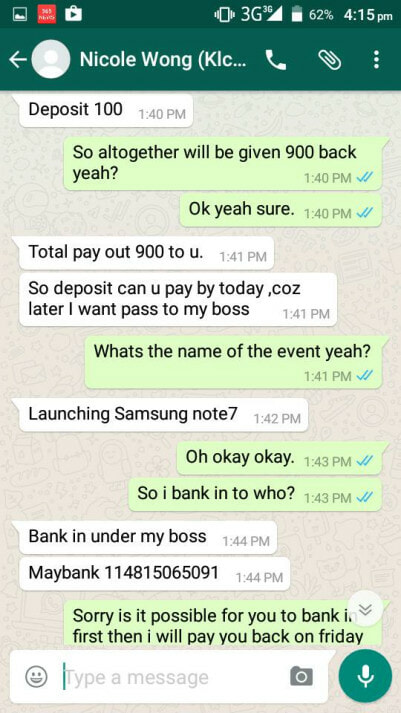 Surprisingly, when Nicole questioned the payment of a deposit for the dress, the scammer tried to assure her by citing an office ‘Innovage Event Group’ complete with a full address in Kajang!

Looking at Nicole’s messages on WhatsApp, it seems that the scammer even tried to worm in for more money by saying the ‘deposit’ was now RM200 right after Nicole sent proof of her payment!

However Nicole declined transferring any more money stating that she doesn’t have anymore cash and offers an alternate solution by bringing her own dress to ‘work’.

“I got selected for a job that did not exist. I went all the way to KLCC on the day I was “supposed” to work.”

Naturally, she walked up to KLCC concourse and – surprise, surprise – she saw a HUGO BOSS event instead of a Samsung event.

“That moment I knew that I got scammed and then I realised how stupid I was when I looked back at our messages.”

She confessed that it was a terrible feeling to realize you have been duped, even though how careful you tried to be.

“It’s a shitty feeling, especially when you arrived at the event area and see that there’s no such event.” she tells World of Buzz. 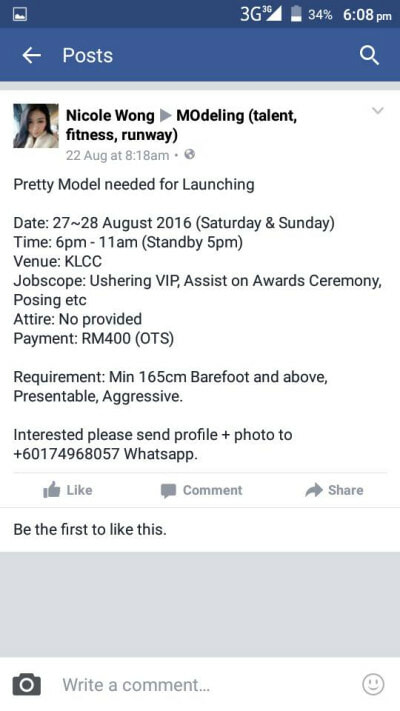 “I hope this story goes out to many people so they would know who this person is and I hope he or she gets the karma it deserves.”

Nicole mentions that if something was too good to be true and you’ve a weird gut feeling, always trust it!

“Actually in my head i knew that there is no such thing as having to pay deposit for a dress, I never heard of such thing. But then again the money was really good. She offered RM400 a day.” she tells us.

Be noted guys: one way to check for fake accounts is by using ‘Google image search’. So for example, by searching “Nicole Wong’s” profile picture, results will show that the girl in the image is actually a Malaysian model named Amanda Seet.

Stay cautious. It’s a dangerous world out there.