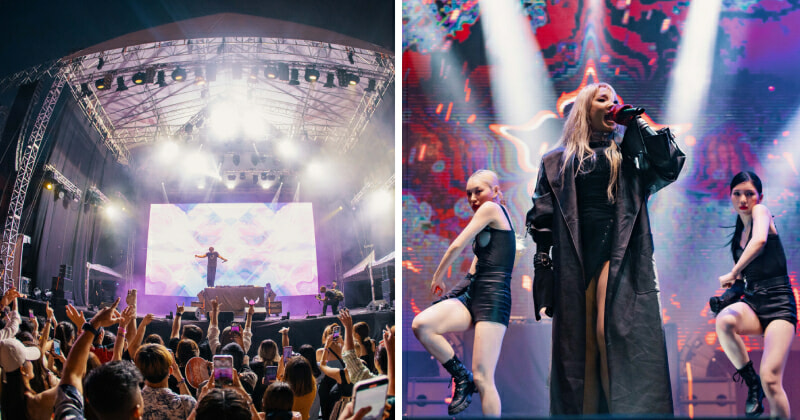 Featuring local and international artistes and with attendees from all over Malaysia and beyond storming the Surf Beach at Sunway Lagoon, it’s safe to say that this was the most unforgettable weekend for music lovers everywhere!

With Good Vibes Weekender, Malaysian music lovers stopped at nothing to celebrate the highly anticipated return of Good Vibes in 2022! 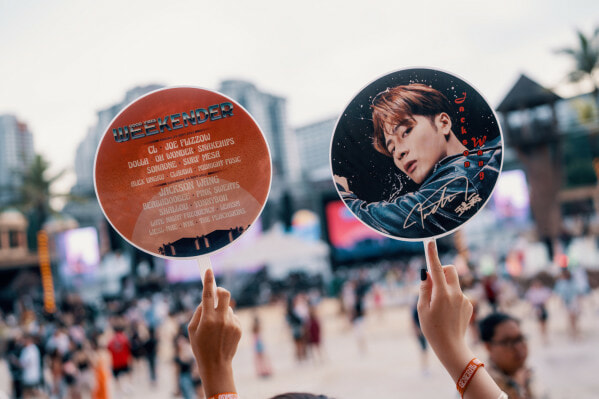 Aside from being the first major Good Vibes event since Good Vibes Festival 2019, this festival is also the first of its kind to be held in the city. But thanks to the backdrop of Sunway Lagoon’s man-made Surf Beach, the Weekender gives off a special beachy vibe never experienced before in previous Good Vibes shows!

Not even bad weather can deter Malaysians from celebrating Good Vibes!

The hours preceding the opening time for both days of the event looked quite gloomy due to dark clouds and light showers. But even that didn’t get in the way of attendees converging for this year’s biggest music event in Malaysia! And luckily enough, the light rain stopped completely not too long after the gates opened!

And besides being Malaysia’s premier music festival, what else is Good Vibes if not the perfect place to show off your festival #OOTDs? Just take one look at the #GVW2022 hashtag on Instagram and you can see that everyone went all out with their festival fits which goes super well with the beachy vibe of Sunway Lagoon’s Surf Beach! Sure, the weather seemed unpredictable unlike previous festivals in Genting, but that doesn’t mean these attendees can’t dress to impress! 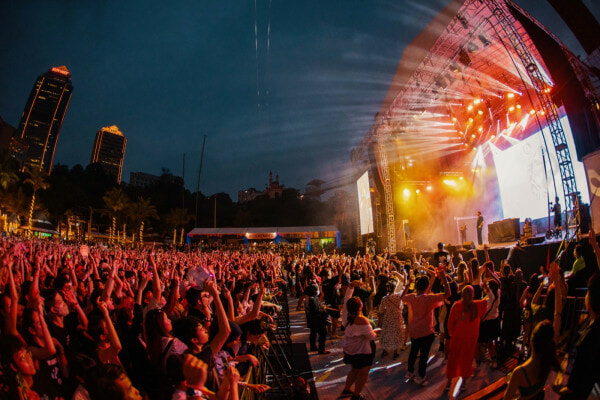 Once the event started, it was clear that there was more to this festival than the hyped-up music performances! The event sponsors set up their booths to offer a bunch of cool activities for Good Vibes attendees to enjoy too! nanoSTIX, for one, set up a 360 selfie booth to let festival goers take all-around (literally!) magnificent photos and videos of themselves at the festival!

Skechers Malaysia’s booth added a little bit of their own spice to the festival with a variety of activities including a King of the Hammer game, Skechers Jump Wall contest, and a free temporary tattoo booth! The lines for each of these activities were insane! Plus, our WOB team even got awesome goodie bags from them filled with RM100 worth of Skechers merchandise! Big shoutout to the sempoi folks at Skechers Malaysia! 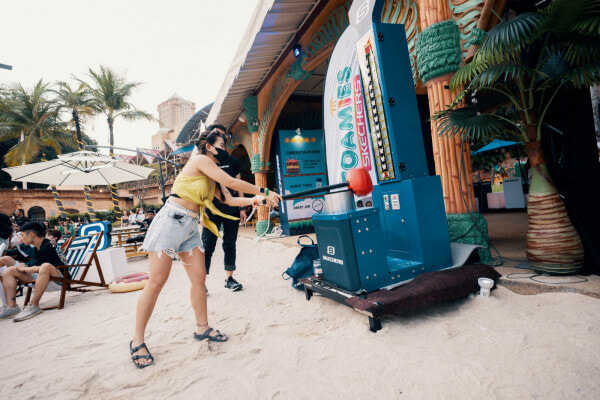 A festival-goer trying her hand at Skechers Malaysia’s King of the Hammer game.

But let’s get to the main part already: the music! 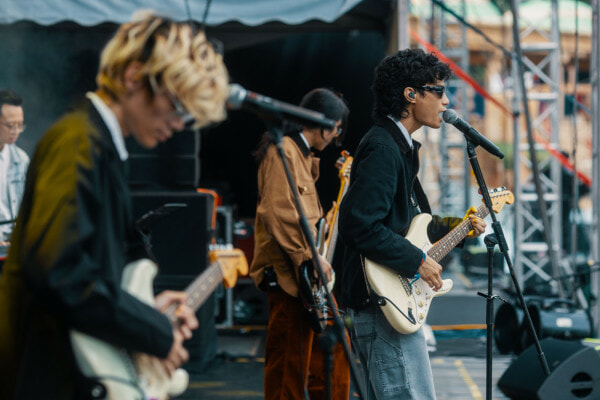 Local indie pop artist Alex Ungku kicked Day 1 off to an already massive crowd despite the light rain that took place earlier. Then as soon as the skies starts clearing up, Malaysian singer Claudia took to the stage to get the crowd’s energy going with her pop-rock anthems. Midnight Fusic gathered the hugest afternoon crowd who would dance to their hit songs such as “Caramel Cream”, “Lovesick” and their newly-released single, “Summer Love” featuring Lil Asian Thiccie! 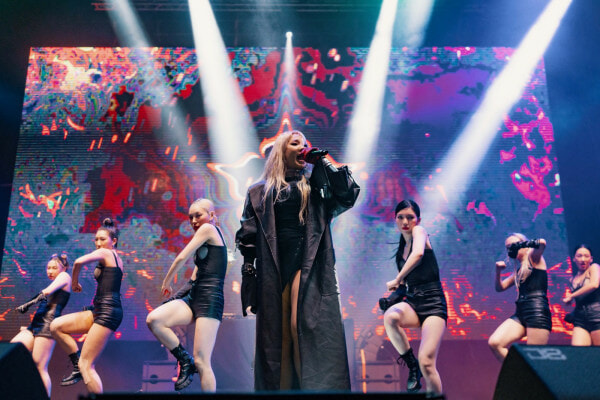 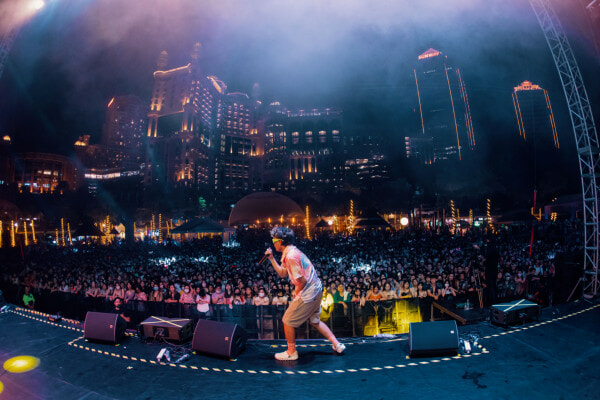 YonnyBoii taking the stage for Day 2.

Day 2 started off with an even BIGGER crowd than Day 1 with openers liesl-mae and The Peachskins renewing the audience’s energy for another night of partying! And then Late Night Frequency took to the stage to get hips moving with their disco tunes! After that, local talents Leaism, NYK and Yonnyboii performed highly energetic sets to keep the momentum going until the headlining acts take the stage! 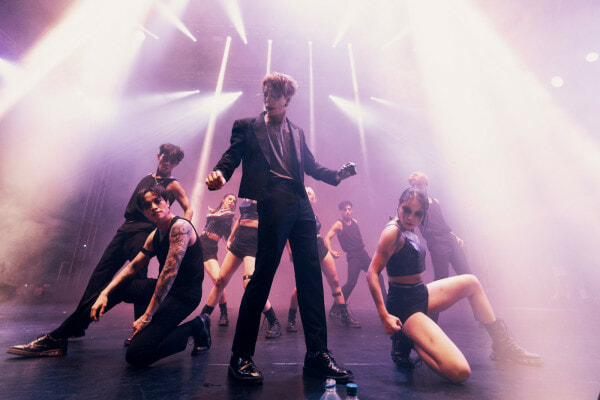 Come night time, LA-based electronic musician Shallou captivated listeners all over the festival with his ambient melodies and soulful vocals. Beabadoobee got the audience’s adrenaline pumping with her loud and energetic pop-rock tunes while Pink Sweat$ had the crowd singing along to his radio hits, “Heaven”, “So Sweet” and a beatbox rendition of “At My Worst”.

And last but not least, the Magic Man himself, Jackson Wang went on stage to mesmerise the crowd with chart-topping numbers including “Blue”, “Cruel” and “Blow”. At the end of his performance, he asked listeners for suggestions on where his crew, TEAM WANG could eat before their flight the next morning. “Mamak? Okay, we’ll see you there!”, he said.

Here’s our verdict for the best performances in #GVW2022! 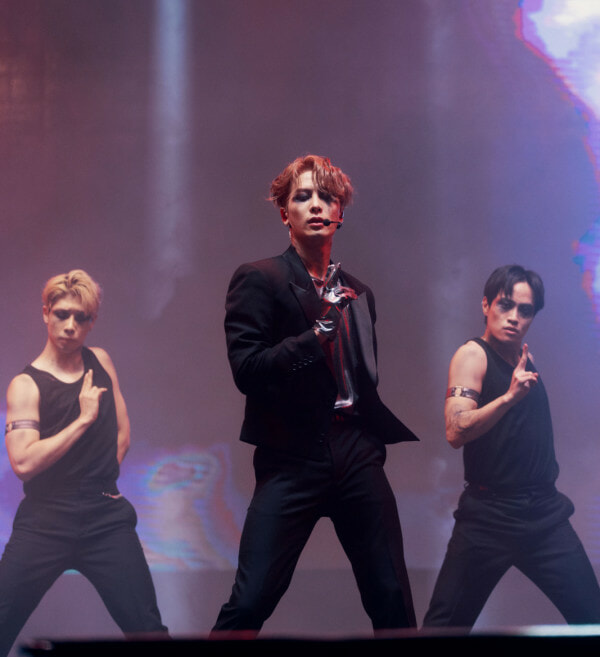 Good Vibes Weekender went strong from start to finish but if we had to pick our favourite performances, we’d have to start off by saying Midnight Fusic absolutely stole the show on the afternoon of Day 1, thanks to the added flare of singers LUNADIRA and Lil Asian Thiccie to their already infectious tunes! Oh Wonder also got us falling in love with them real quick with their quirky banter on the power couple’s relationship and energetic performances of romantic ballads such as “F**k It I Love You”, “Happy” and “Hallelujah”.

But of course, our absolute favourite performance was saved for last by none other than Jackson Wang! Any festival-goer could tell at a glance that there’s more to the Magic Man than his hypnotising voice and impeccable dancing ability. In addition to their live renditions of songs from Magic Man, he and TEAM WANG spoiled the listeners rotten with feats such as spontaneously switching stages and jumping into the crowd to give out as many high-fives as they could, leaving us wanting more from their short but sweet set!

And of course, the saddest part of any Good Vibes show is when it ends! 😭 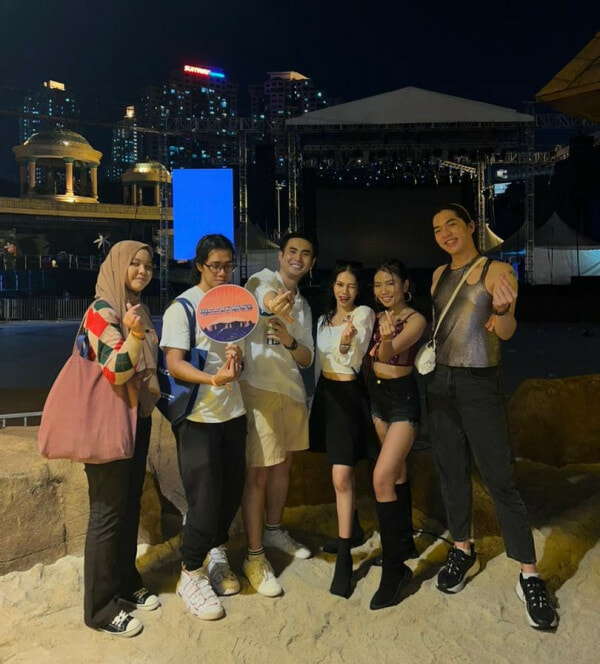 Shhhhh! Don’t tell our boss that we were out partying all d-. Oh wait, there he is.

Sadly, all good things (or should we say, Good Vibes) must come to an end and just like all the other festival-goers, our WOB team is suffering from post-concert depression! 😢 Luckily though, to tide us over our Good Vibes withdrawal, we managed to talk to one of the organisers behind Good Vibes, Wan Alman! And boy, do we have good news for you!

When asked about what the future has in store for Good Vibes, he said, “The main Good Vibes Festival is definitely slated to return in 2023 in a major way. We have big plans for it along with some exciting new changes underway. All will be revealed soon enough but in the meantime stay tuned to our website and socials for updates!”

You heard it here first, Malaysian music lovers! Visit their website and follow their social media accounts to stay abreast on everything Good Vibes!:

And if all goes well, we’ll see you all at Good Vibes Festival 2023!