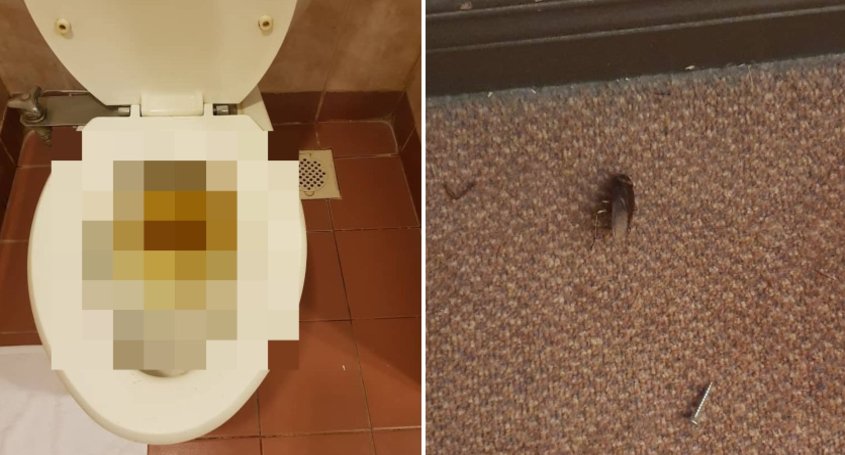 Due to the ongoing Covid-19 pandemic, several hotels in Malaysia have turned into a makeshift isolation centres. People who landed from abroad are required to go through the quarantine to ensure that they were not exposed to any virus before assimilating with the public.

Hotels are playing key roles as being isolation centres because they help provide a space for the 14-day quarantine process to take place. However, hotels are also obligated to provide services to fulfill the basic necessities of quarantiners there.

The Malay Mail reported that dilapidated conditions and unsanitary facilities have left several of those quarantined at a hotel-turned-isolation centre shocked and upset.

Between April 3 and 6, there were flights from India scheduled to arrive and this flight brought back an estimated 1,790 Malaysians who were stranded in New Delhi, Mumbai, Chennai, and Trichy.

There are 148 quarantined individuals who returned from Trichy on Saturday morning (4 April) and are living in a hotel near Chow Kit.

According to the Malay Mail, reports of clogged toilets, an infestation of bedbugs and other vermin, dusty bedding and dodgy food have emerged. The premises’ management has struggled to address the issues and people’s complaints are being evaded. 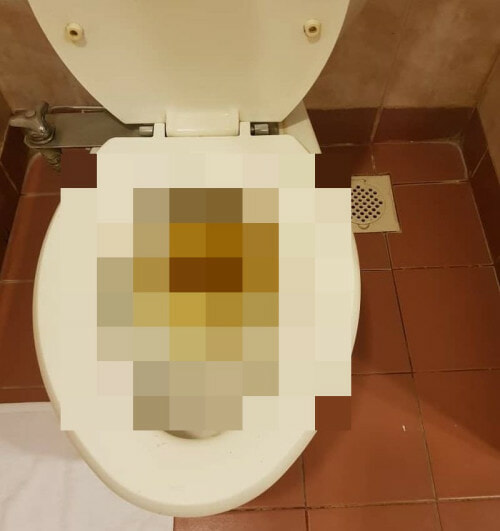 A student named Sankari, aged 22-years-old were one of the people from the trip who spoke out regarding this issue.

“The room itself is very poorly kept, with a noticeable layer of dust on the bed and seats. It was particularly shocking when I found many cockroaches scurrying around,” she said to Malay Mail. Sangkari further revealed that whenever they would call reception, the call would be hung up when their voices were heard. Furthermore, there were also difficulties for vegetarians to find a meal as the hotel does not provide vegetarian options.

“Some of us do not eat meat out of religious obligation, so it is problematic for us as a result. But to the hotel management’s credit, a new chef was brought in yesterday who can now prepare vegetarian food for those requiring it,” Sangkari said.

Upon hearing the need from the people, the hotel has now brought in a chef who is capable of preparing vegetarian meals.

One of Sangkari’s major concern was those who are currently being quarantined in the hotel falling ill or becoming infected with other diseases which are not related to Covid-19. The hotel’s unsanitary conditions may trigger people with allergies because of the lingering dust.

“I know of several people who began sneezing heavily when they arrived at the hotel, as their allergies are aggravated by the constant presence of dust in the air and beds. We only hope it will not lead to anything worse,” she said.

When contacted by the media, the hotel’s management has declined to comment with their reason being the sensitivity of the issue as it pertains to Covid-19.

On the bright side, after hearing the flood of complaints from the quarantiners, the hotel has begun to take steps to address their complaints. Those who are living in the hotel has gotten word from the management stating that they will provide a vacuum cleaner for each room, along with supplies like cleaning products for the washroom.

“They told us we would have to clean the rooms by ourselves, and I understand this is because the Health Ministry has prohibited the hotel’s staff from coming into close contact with us, out of concern over Covid-19’s transmission chain,” said another quarantiner who wishes to be known as Calvin.

Calvin stated that the lack of hygiene is what he most worries about. However, he did point out that the hotel management has now proven itself to be open to the suggestions made by those quarantined within its premises.