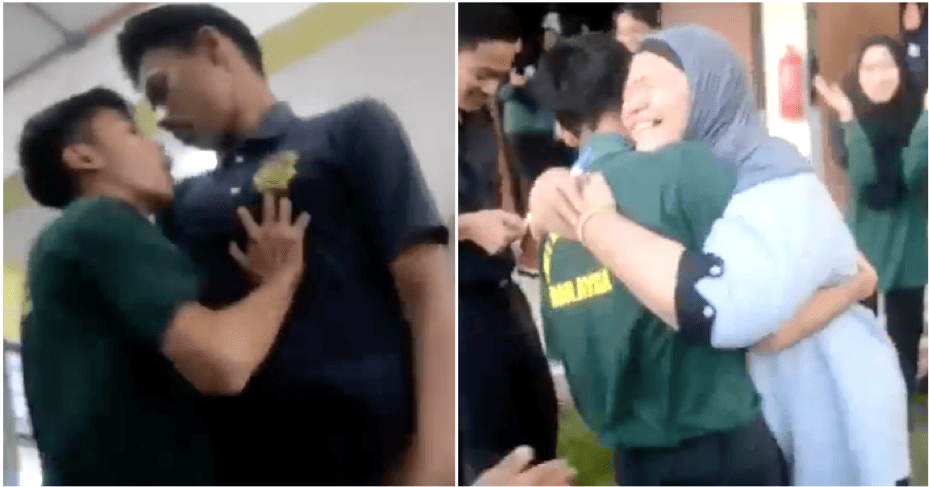 Teachers. Underappreciated, under-resourced, but blamed for every issue. Sure, a small number of them are problematic. But as a whole, teachers have impacted our lives in so many great ways.

Recently, a video surfaced on Twitter showed students engaging in an argument that led to a dramatic fight. The teacher could be seen trying desperately to get them to stop but to no avail. Little did she know this was all an elaborate birthday surprise for their beloved teacher!

The video started with two classmates picking on each other. Initially, it was just a small exchange, but it turned into a huge quarrel with them exchanging “kicks” and shoves. 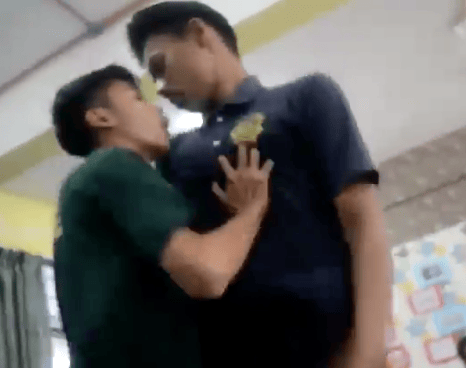 In the background, you can hear the teacher screaming desperately for them to stop. The boys then decided to take their “fight” outside, forcing the teacher to run after them and throw herself in between the two boys to stop them from doing more damage getting themselves suspended from school. 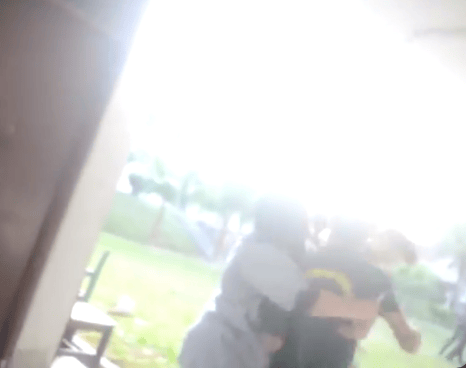 Suddenly, the crowd started singing the birthday song, and a birthday cake was brought to the scene. She immediately broke into tears as she breathed a sigh of relief. The ending really depicts the true meaning behind a teacher’s love and their students’ gratitude. 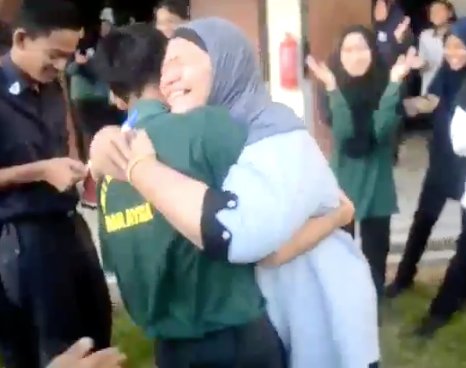 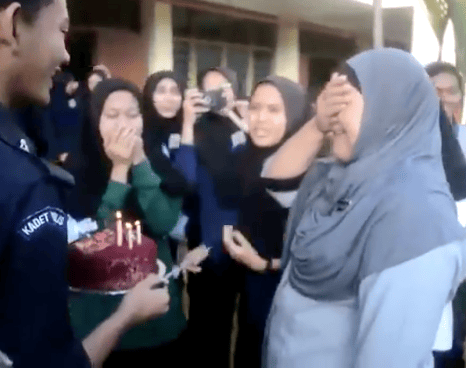 It turns out that they celebrated her birthday last year as well. But this year, they wanted to really make it something worth remembering.

For all the teachers out there, thank you for going the extra mile when it comes to guiding and teaching us! We can never repay you for the things you have done 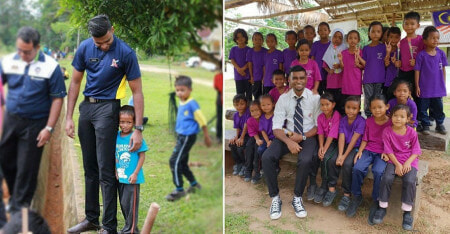