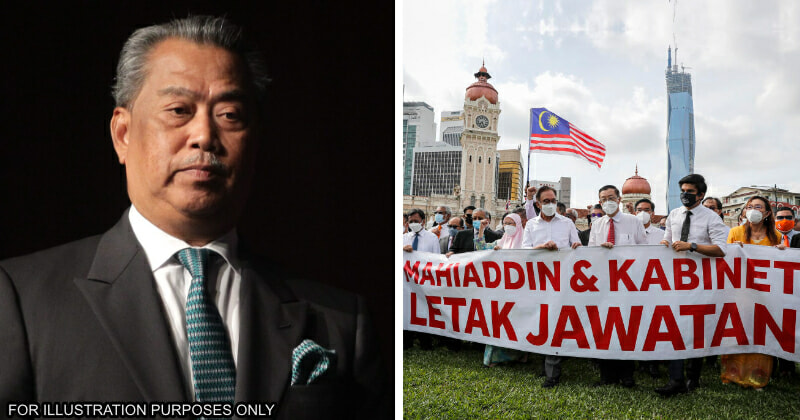 All Malaysian opposition parties have issued official statements rejecting Muhyiddin Yassin’s offers in exchange for temporary support for the Perikatan Nasional (PN) government and instead demanded for his resignation as Prime Minister. In a televised address yesterday, Muhyiddin said that PN is disappointed with certain government MPs that have retracted support which have led to the government losing majority and is now looking for a temporary bipartisan support from the opposition.

The Prime Minister then pledged several reforms and initiatives for the rakyat that the opposition have been requesting for in exchange for temporary support until General Election 15 can be safely held on July 2022 at the latest. These offers include:

The first parties to respond to Muhyiddin’s offer were parties based in Sabah and Sarawak as well as MUDA. In a joint statement by the United Progressive Kinabalu Organisation (UPKO), the Malaysian United Democratic Alliance (MUDA), Parti Warisan Sabah (Warisan) and Parti Bersatu Sarawak (PSB) rejected Muhyiddin’s offer and claimed that he is arbitrarily abusing the law for the sake of power, alleging that his buying of MPs and state assemblymen resulted in the downfall of the Sabah, Kedah, Perak and Johor state governments.

“We vehemently reject the political offer made by Tan Sri Muhyiddin Yassin during the special announcement earlier. Since last year, the Opposition parties have made proposals to stabilise the government through the ‘Confidence and Supply Agreement’.” 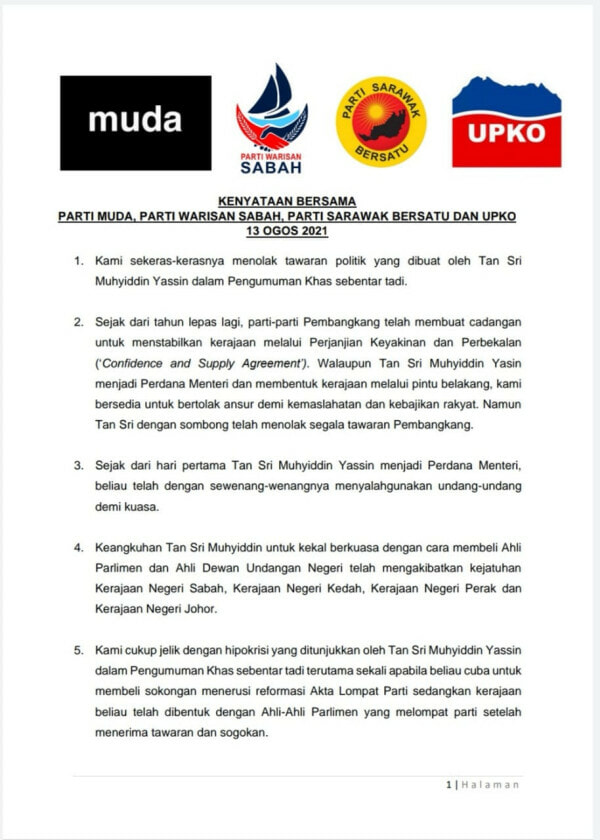 “Although Tan Sri Muhyiddin Yasin became the prime minister and formed the government through the back door, we were ready to compromise for the benefit and welfare of the people. Yet Tan Sri arrogantly rejected all offers of the Opposition,”

The joint statement also said that the reform proposals by Muhyiddin are not necessarily depended on PN alone as a new Prime Minister who has the support of the majority of the Dewan Rakyat can table the same reforms.

Furthermore, the largest Opposition bloc, Pakatan Harapan also rejected Muhyiddin’s offers and called it blatant corruption. In a statement by the coalition’s Presidential Council yesterday, this is the first time in Malaysian history that a Prime Minister has admitted to losing majority support but still openly continue to demand support from the Opposition. 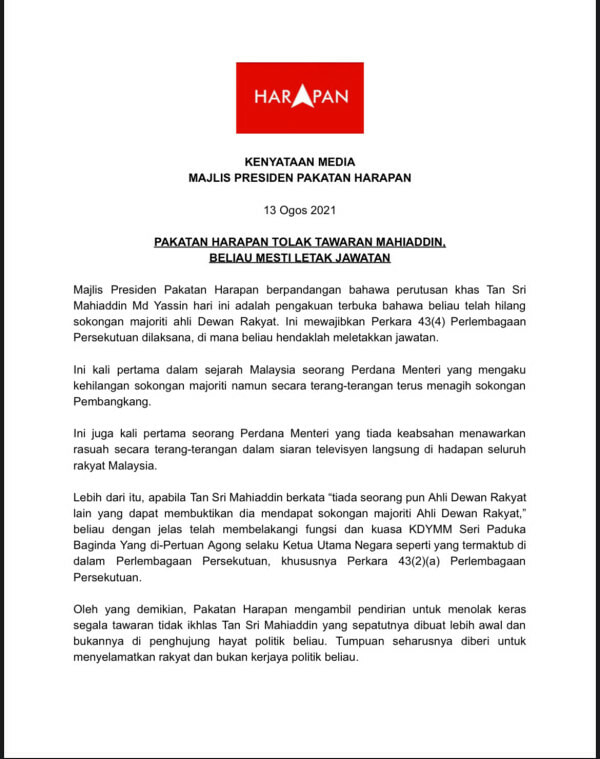 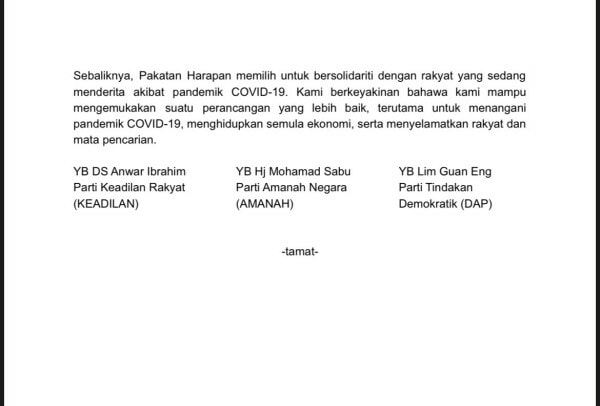 The statement also reminded Muhyiddin of Article 43 (4) of the Federal Constitution which calls for the resignation of a Prime Minister should he lose majority support from Members of Parliament (MPs). 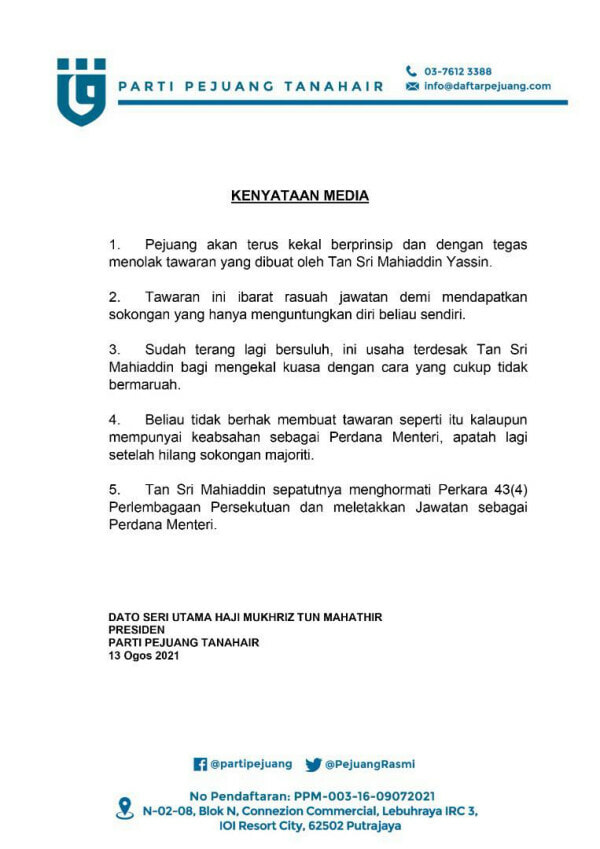 Moreover, the statement claimed that the offers made were a form of bribe in order to gain support that will only benefit Muhyiddin himself. Pejuang also brought up Article 43 (4) of the Federal Constitution and demanded for his immediate resignation as Prime Minister.

With all opposition parties rejecting the Prime Minister’s offers and how he has openly admitted to losing majority support, the next 48 hours is a crucial moment in Malaysian political history. What do you guys think will happen next? Share your thoughts with us in the comments.

One thing’s for certain is that WORLD OF BUZZ will keep you updated on the latest happenings in this political crisis, so stay tuned!

Also read: Here’s Everything You Need To Know About PM Muhyiddin’s Announcement (13 August) 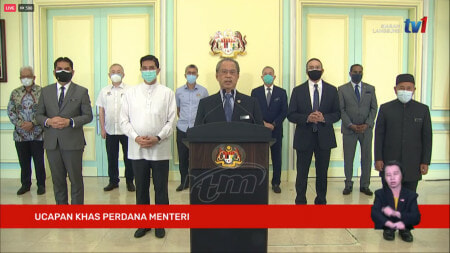