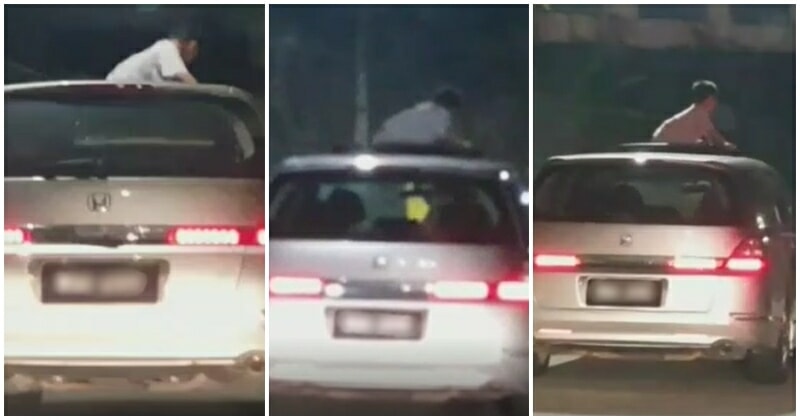 A child sitting on the roof of a moving car believed to in Bukit Bandaraya, Bangsar was filmed by a motorist at 11 PM, Saturday (22 June).

The 30-second video witnessed a silver Honda Odyssey driving downhill at a moderate speed, seemingly oblivious to the danger that it could pose to the boy on top of the roof.

The incident was caught on camera by an anonymous road user and his aunt driving behind the car. WORLD OF BUZZ spoke to him to gain more information.

The family behind the car was shocked when they saw the child sitting on top of the car as it drove in front of them.

“If his legs were inside the vehicle it would be alright, but at one point, both his legs were outside as he gripped onto the roof of the car.”

Fearing for the safety of the child, the man said,

“We flashed and honked, calling for the vehicle to stop. Finally, it stopped on the corner as the child hurriedly climbed his way back into the car.”

“My aunt got off our car to give the driver a piece of her mind.”

To his aunt’s shock, the female driver proceeded to blame her son for the incident.

The woman said, “Ha, you see la, you see la” repeatedly to her son as if to say that it was the child’s fault.

Unimpressed with the explanation, the man’s aunt began her tirade of how important it is for parents to care for the safety of their children.

“My aunt scolded her ‘are you crazy?! A child’s life is precious.'”

The female driver, who simply refused to take the blame, simply drove away with the ‘Parent of the Year’ award.

If caught by the authorities, the female driver in question could be charged under the Child Act 2001 for being a negligent or neglectful parent.

In 2018, Women, Family, and Community Development Deputy Minister Hannah Yeoh said that parents who are careless with their children or neglect them can land themselves in trouble with the law.

We hope that parents out there will be more mindful of their children and understand that should anything happen to them, they are responsible both legally and morally.

Also read: Parents Abandon Serdang Siblings With Relatives and They Get Tortured and Starved 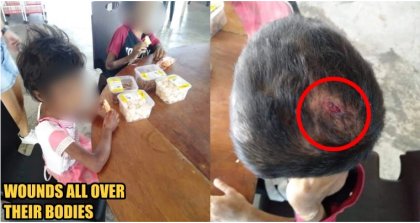