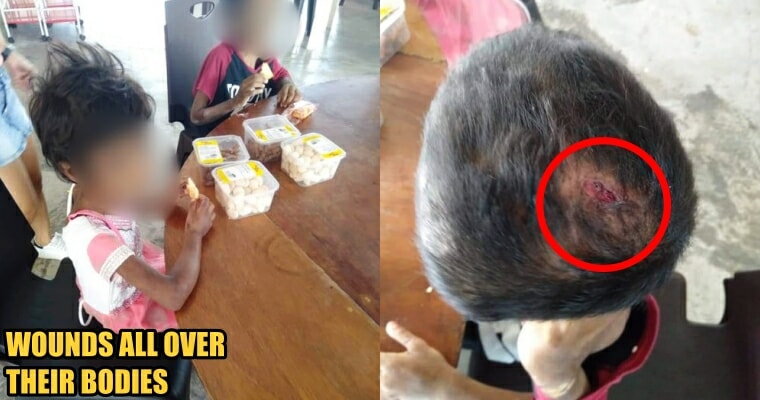 If you don’t want to take care of someone else’s children, don’t.

Yesterday noon (15 June), the police arrested a family of abusers who tortured two defenceless siblings who had been under their foster care.

Wounds were found all over the siblings’ bodies, and they were also believed to have suffered from malnutrition, according to Malay Mail. They are extremely skinny and our hearts are broken when we see these photos. 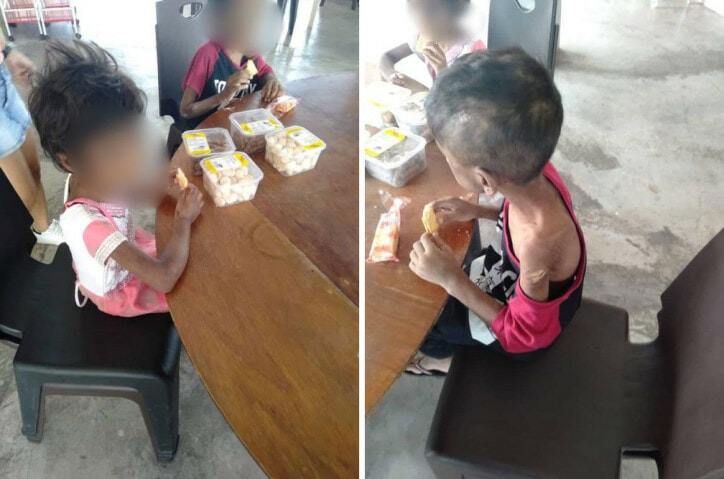 This photo shows a bleeding wound inflicted on the head of the 8-year-old brother. 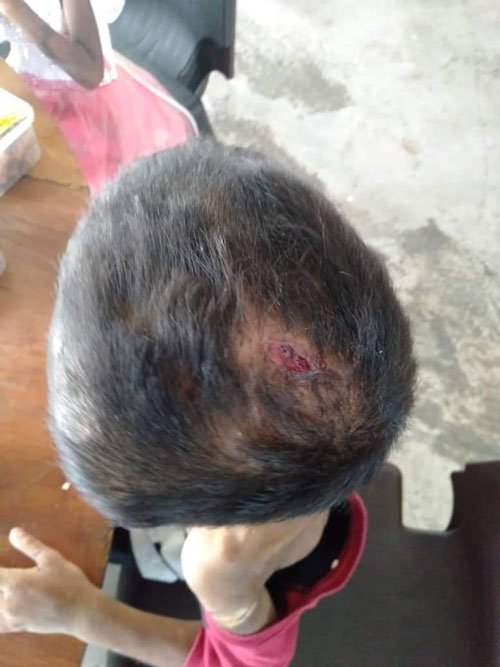 According to China Press, the abuse was reported to the police by the public, and the police took immediate action upon receiving the report. Kudos to the public who were caring enough to expose this family, and also to the police who were quick to respond.

Their parents divorced 7 years ago, and since then, they were under their relative’s foster care. They are now 7 and 8 years old respectively. Which means their parents left them when they were only babies!

The abusers are a pair of Indian couple in their 30s, and their 13-year-old daughter. It was shocking to see how the teenager had learned from her parents to be so merciless towards her young cousins.

Ismail Borhan, the chief of Serdang Police District, mentioned that they found a baton, silver fork, and a rubber hose upon investigating the household. These items were believed to be the weapons used to torture the poor siblings.

The police also applied for a remand order against all three suspects at the Petaling Jaya court today (16 June), as reported on Malay Mail.

Enraged netizens expressed how heartbroken they are.

One said, “I will never be able to understand how cruel one can be towards defenceless children! If you can’t love and care for them, why did you even adopt them!?“.

Another commented, “The poor kids were not only abandoned by their parents but also abused by their relatives! The physical and emotional traumas will affect them for the rest of their lives. These people are too cruel. My heart hurts for the siblings.”

Domestic abuse is absolutely inhumane and cruel. We sure do hope that the siblings will be able to heal from this tragedy.

If you know anybody who is experiencing domestic abuse, please make a police report ASAP.

Also read: 1yo Baby Dies After 3 Months of Abuse By Own Mother & 3 Men For Crying Too Much 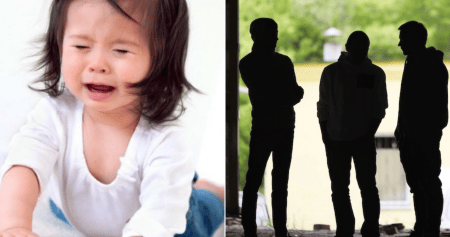