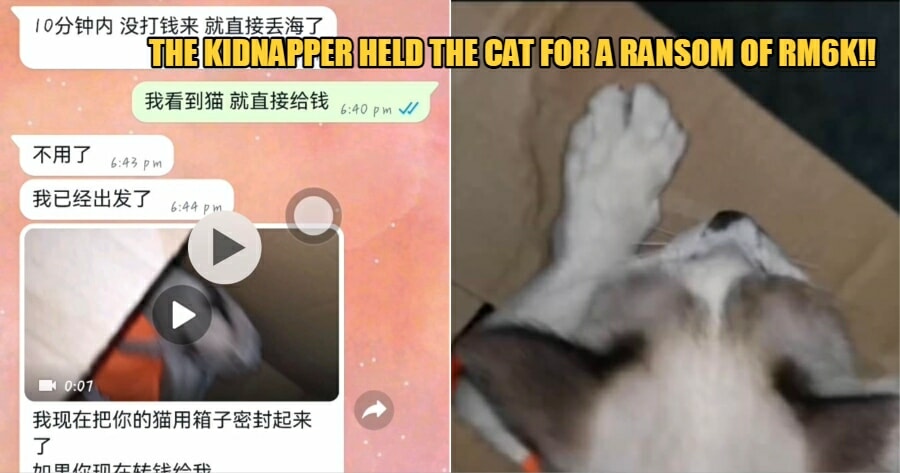 Catnapping has always been associating with napping in general, would who knew the day would come when it would mean that someone’s cat was taken.

Unfortunately, a cat owner in Kuching, Sarawak, has to endure just that after finding out their beloved pet cat was not just missing, but kidnapped. 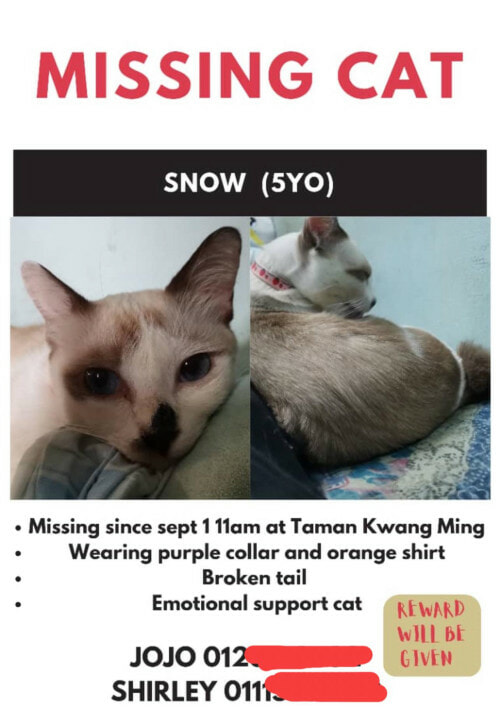 They wrote, “The complainant is the owner of a cat, who realised that the cat was missing at 11am on September 1 (Thursday). The place of the disappearance was within the area of their own house in Taman Kwan Ming, Kuching, Sarawak”.

Initially assuming that the cat had merely wandered off, the owner had put up posters looking for their pet. Though, days later, they learned the truth. 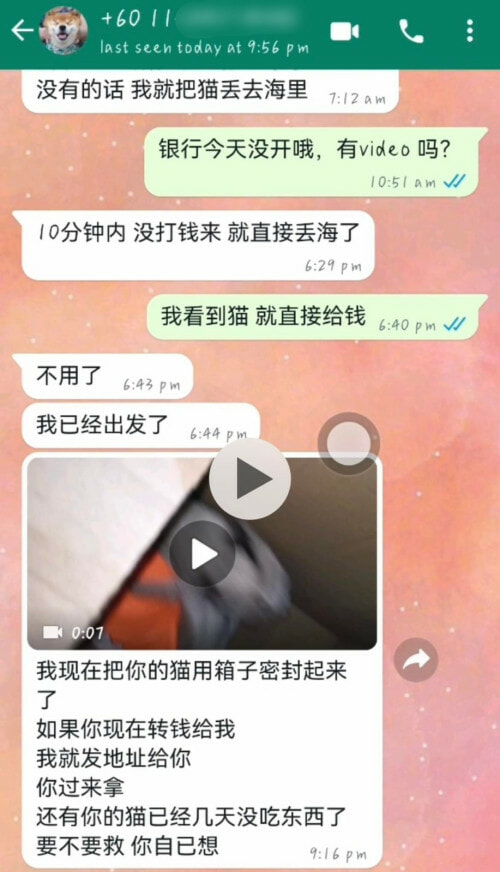 “On September 3 (Saturday) at 4.29pm, the owner received a WhatsApp message from a person who claimed to have kidnapped their cat by including pictures and videos of the cat. The owner admitted that the photos and videos were correctly showing the cat that had gone missing,”

“The kidnapper also demanded that the owner deposit an amount of RM6,000 into a Hong Leong Bank Berhad account before 6pm on September 3 (Saturday) and will only inform of the address to claim the cat in the evening after the owner pays the ransom,” they explained. 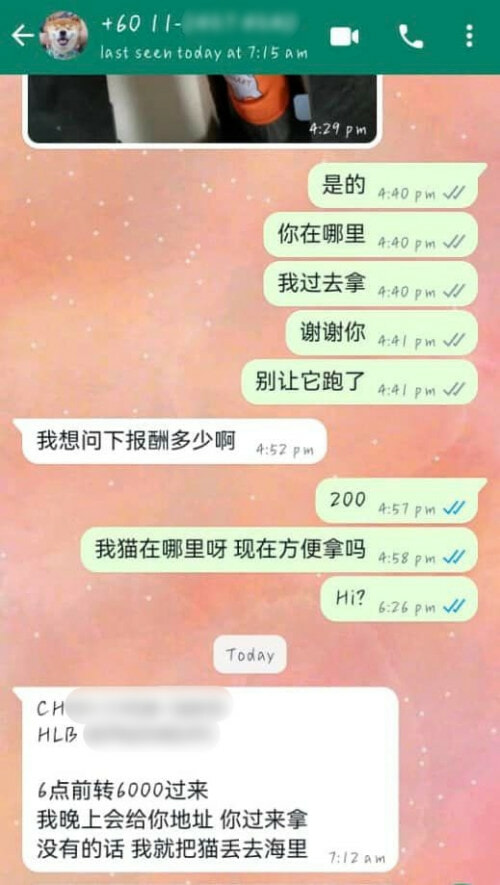 The kidnapper also threatened to throw the cat into a nearby river if the owner failed to pay ransom.

“The river, according to the owner, is a big river that is deep and dangerous, and is feared to have predatory animals such as crocodiles.”

Due to the owner not being able to afford the ransom, they offered the kidnappers a sum of RM200, which was rejected.

Worried for their beloved pet, they then made a police report to the Sekama Police Station in Kuching, but apparently, the authorities did not take their report seriously. 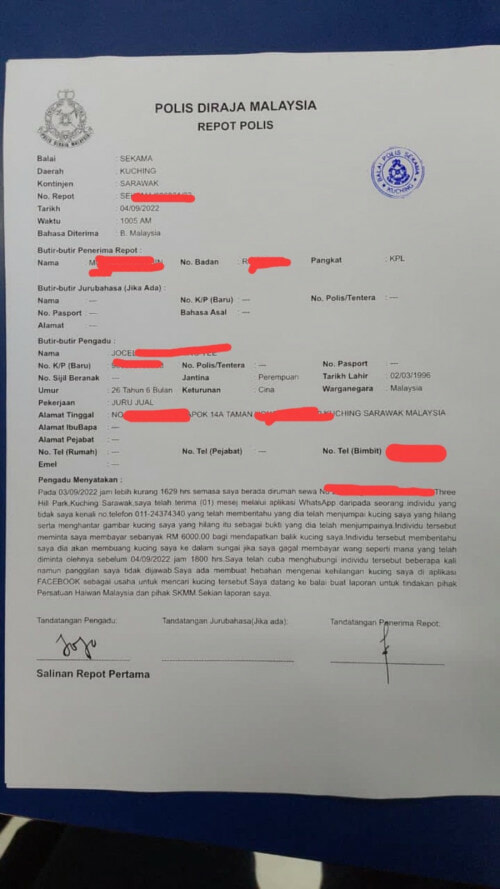 “According to the owner, the Investigating Officer on duty advised that the owner not go through the trouble of getting the kidnapped cat back and promised to get a new cat for the owner,”

“The reason that the investigation will be difficult was given, considering the bank can only give out the account owner’s information after 3 months from the date of the investigation. The owner also went to MCMC at Icom Square, Kuching, to trace the kidnapper’s phone number, which is said to be difficult to trace by the Investigating Officer. Unfortunately, MCMC can only deal with the Investigating Officer,” they added.

The lack of action from the authorities only caused more concern for both the cat owner and the Malaysia Animal Association, as it could become a widespread phenomenon. 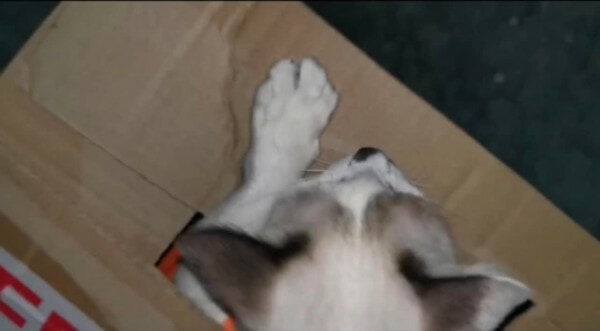 “Malaysia Animal Association appeals for PDRM Sarawak to take this case seriously and to take immediate action to arrest the cat’s kidnapper who threatened to throw it into a dangerous river in Kuching. The crime of kidnapping cats also need to be given serious attention and should be considered a serious crime considering that it involves lives, money, the owner’s emotions and the long-term safety of all parties,”

The authorities should do their job of tracking down the cat’s kidnapper and take the appropriate action against them. We genuinely hope that the cat is also returned to the owner unharmed.

Also read: WATCH: Soldier Cuddles With His K9 After Merdeka Celebrations, But There’s A Bittersweet Reason Why 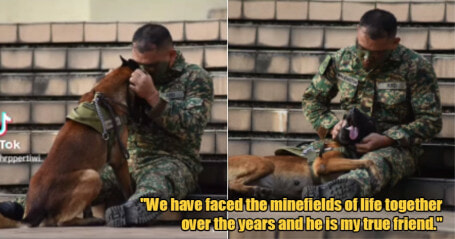