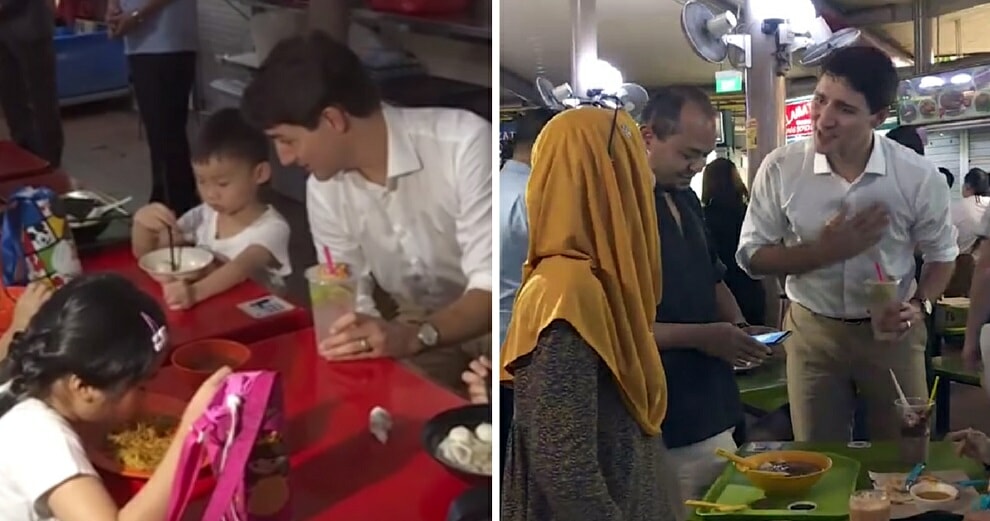 Justin Trudeau has definitely become one of Canada’s most internationally well-known Prime Ministers. Not only has he won over Canadians from championing racial and gender diversity in his administration, but he has also inspired people internationally.

Now, the Canadian PM is in Singapore for the 33rd ASEAN Summit and had even met up with the island nation’s prime minister, Lee Hsien Loong, and president Halimah Yacob.

Earlier this week (14th November), Trudeau also took part in a dialogue with students from the National University of Singapore (NUS), where they discussed issues revolving around the theme of building connections. 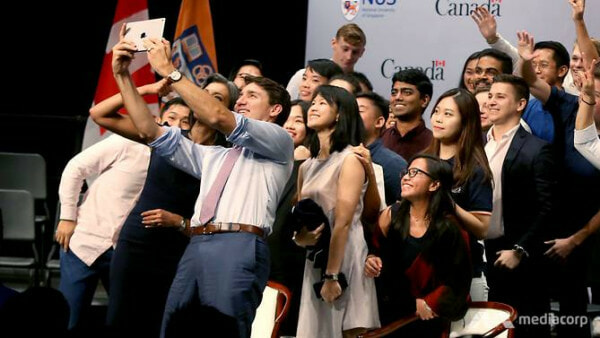 Perhaps one of the most interesting highlights of his trip that captivated Singaporeans, however, was when he was spotted at the famous Adam Road Food Centre earlier this morning (16th November). He not only took selfies with different groups of people but also sat down with them for a while to chat about their plans for the day ahead. A video of his visit was uploaded on Facebook.

One part of the video has also received some attention. Trudeau can be seen approaching a family of four and respectfully greeting the tudung-wearing women by placing his hand on his chest before sitting down to chat with them. 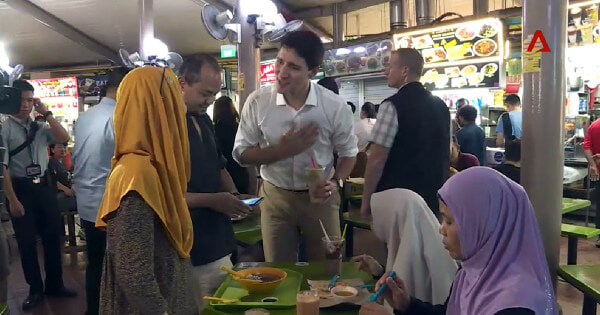 Check out the full video below;

Earlier on Thursday (15th November), Trudeau also found time to pay respects to his great-great-great-great-grandmother, Esther Bernard, who was the daughter of the first British Resident and Commandant of Singapore, Major-General William Farquhar. Trudeau took a selfie with a plaque memorialising her at Fort Canning. He told Channel NewsAsia,

“It was a very touching moment to see the history of my family, to appreciate all the criss-crossing, weaving links that make up each of our stories, and it’s a nice moment for me to reflect on the connections and the paths that led to Canada from the founding of Singapore.” 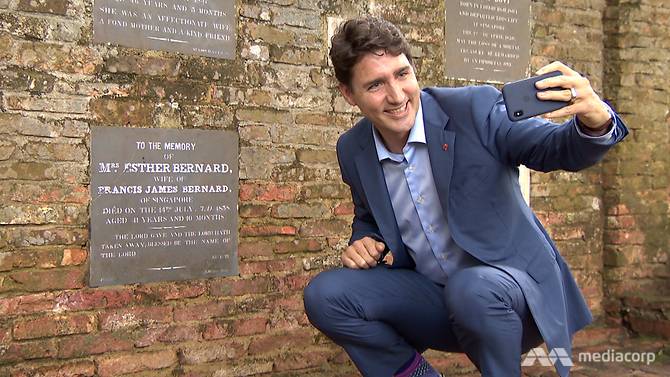 Regardless of opinion, it’s pretty cool to see a huge political leader ‘yumcha’-ing at a hawker centre. Come to Malaysia next time, lah! 😉 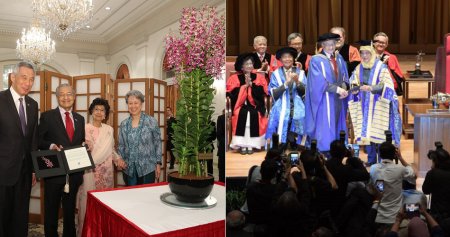